Romantic comedy C-drama “Go Go Squid” is this summer’s smash hit drama and was voted No. 1 as the most popular summer Chinese television series in a poll conducted by The Beijing News. Based on the novel “Stewed Squid with Honey“ by Mo Bao Fei Bao, the story focuses on the blossoming sweet romance between brilliant computer engineering student Tong Nian (Yang Zi) and Han Shang Yan (Li Xian), a legendary e-sports gamer. Their love adventure begins when they first meet at a PC cafe and Tong Nian falls in love at first sight with Han Shang Yan.

Although the plot for “Go Go Squid” sounds very simple, the drama has so much to offer, as it explores the world of competitive gaming and the importance of friendship and family. The drama is also praised for its positive overarching message about following your dreams, because “if you have a dream, you remain young forever.” If you aren’t feeling convinced already, check out our reasons why you need to watch the drama below, enjoy!

A cold but warm-hearted male lead 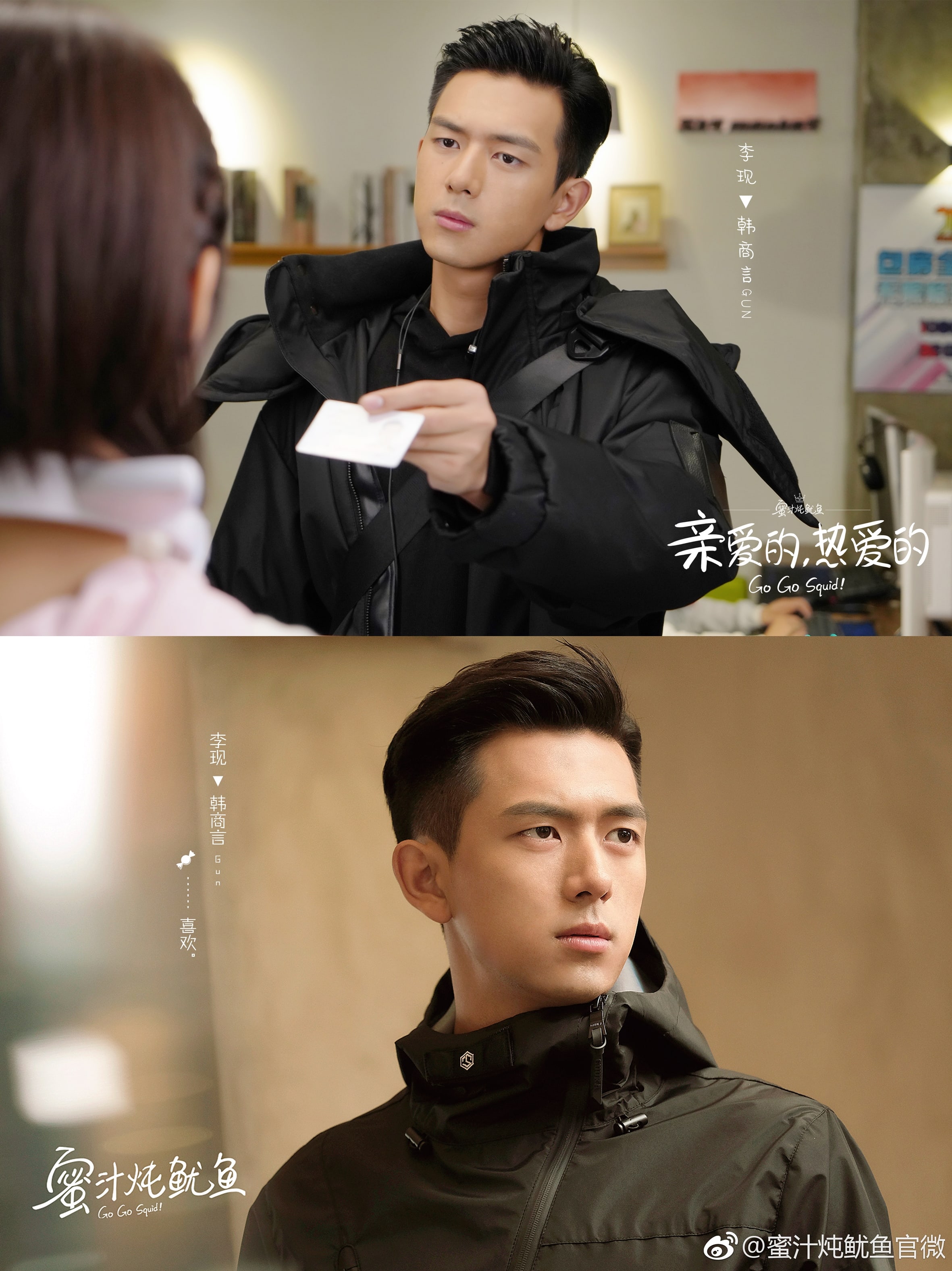 Our male lead, Han Shang Yan is known as the legendary Gun God in the world of CTF, which stands for Capture The Flag, a cybersecurity competition designed to challenge participants to solve computer security problems and capture and defend computer systems. He is a retired player and is currently the big boss of K&K, a professional CTF team based in China. Han Shang Yan has a dream of leading his K&K team to win the world championships.

Although he is cold and grumpy with a no-nonsense demeanor, Han Shang Yan is really a fluffy marshmallow on the inside who is very caring and tender. He may be strict, uncompromising, and authoritative but he also cares deeply and is fiercely loyal to the people around him, especially his team. In turn, Han Shang Yan’s K&K team equally fear him, but also highly respect and love him.

The most touching thing about Han Shang Yan is how he is both a father and older brother figure to his K&K team, as he truly believes in their talent. Outsiders will say he is cold, but he is just very focused, as he takes on the responsibility and heavy burden of honing the skills of K&K and helping build a bright future for them very seriously.

Just like Tong Nian, us viewers quickly fell for the charming Han Shang Yan, as he doesn’t care what others think of him and just fights hard daily for his dreams. 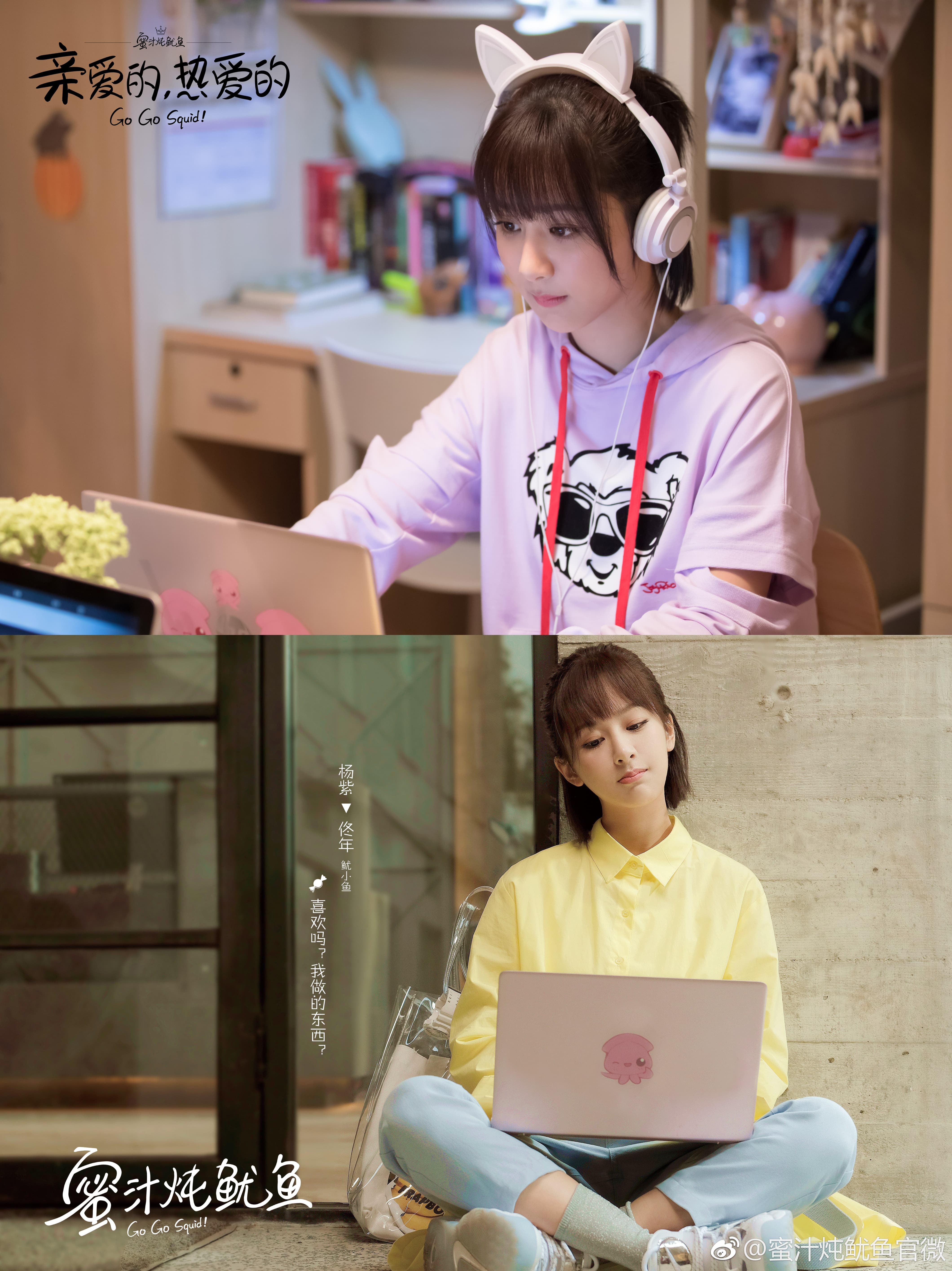 Our female lead is what you’d call a certified genius. Tong Nian started university at the age of 15 and has an undergraduate degree with a double major in bioengineering and mechanical engineering. In the drama, she’s in the midst of doing her master’s degree in computer engineering and starting her Ph.D. in the following year. Han Shang Yan may be No. 1 in CTF in China, but our girl Tong Nian is out here building software using artificial intelligence to help catch criminals and detect cancer. It’s seriously impressive!

Besides being a prodigy, Tong Nian is a popular online cover singer. She goes by the name Little Squid online with an equally impressive social media following and over 1 million fans. She’s so popular that she even regularly holds meet-and-greet and fan-signing events.

Even though our female lead is extremely smart and talented, she’s just a regular girly-girl who is genuine, adorably cute, and sweet. It’s easy to find her relatable when she tries to approach her crush Han Shang Yan, always ends up fumbling her words and failing miserably. These situations are terrible for her but hilarious for us viewers! 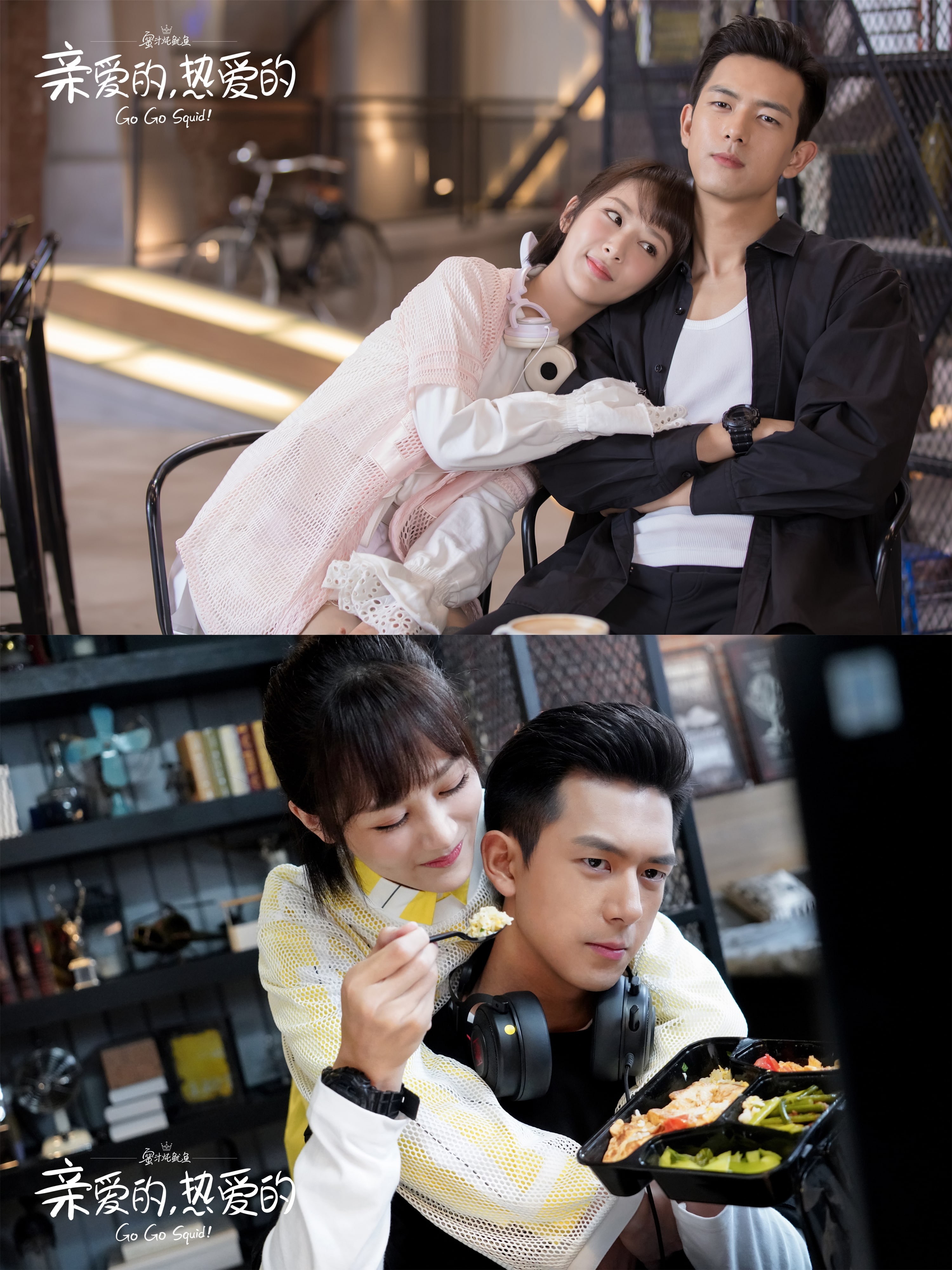 Han Shang Yan and Tong Nian are both geniuses in their own right, but the two couldn’t be more opposite, especially in terms of interests, fashion tastes, and age. However, you can’t deny their undeniably wonderful chemistry together. Despite the age gap, they’re both inexperienced when it comes to romantic relationships. As a viewer, it’s a joy to witness the awkwardness between our OTP when they first start dating to when they are finally able to communicate openly with each other.

Tong Nian is very mature for her age and is a great girlfriend to Han Shang Yan. Even though he is always being misunderstood by others, she sees right through his facade and knows he is really a warm and caring guy. She’s also super supportive of Han Shang Yan’s career and dreams. She uses her coding skills to build a program for K&K to improve their clicking speed and hilariously, even offers to raise Han Shang Yan if he ever runs out of money.

On the other hand, Han Shang Yan is a man of his word, as he always keeps his promises and tries his best to sincerely make Tong Nian happy. I love that he encourages Tong Nian to express her opinions more and to not feel the need to always accommodate him. He fully supports her dreams, and she can get as many Ph.D.s as she wants!

What makes our OTP a great pairing is how they think highly of each other and cherish each other deeply. There’s also plenty of lovey-dovey and hilarious laugh-out-loud moments between our couple. 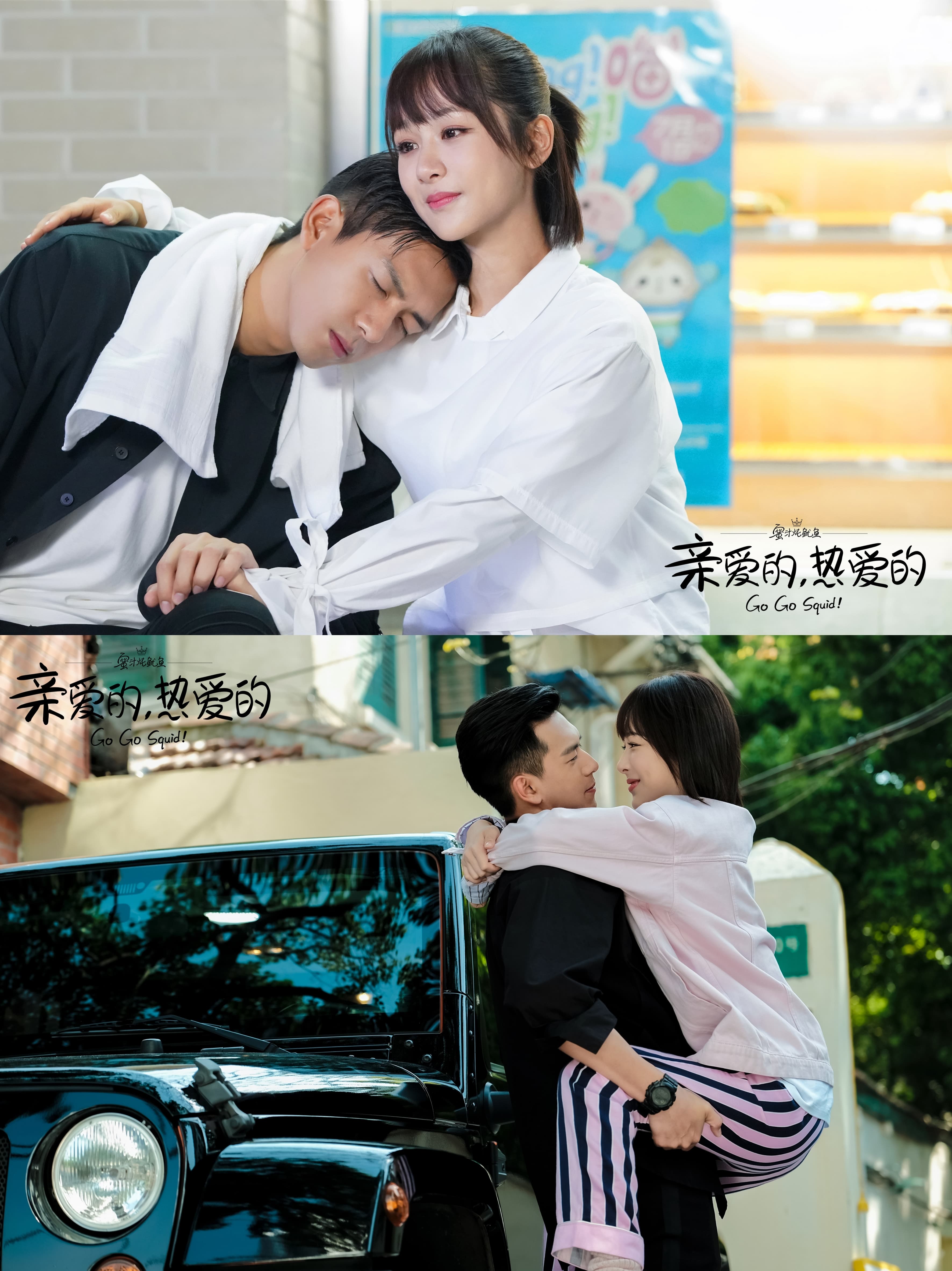 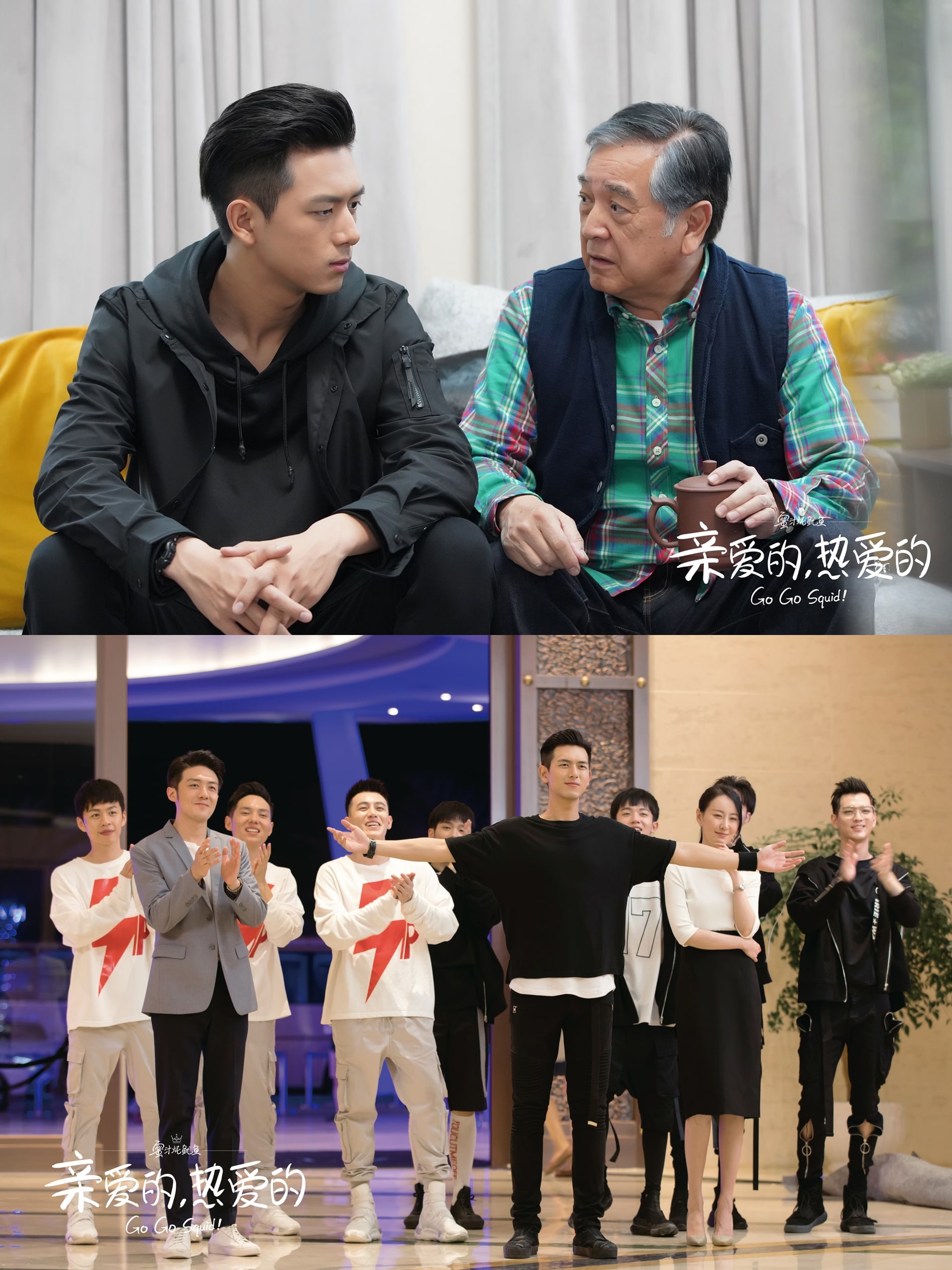 Besides the romance, “Go Go Squid” portrays friendships and family in a way that really pulls the heartstrings. The long-standing friendship and camaraderie between Han Shang Yan with his old teammates from Team Solo are truly touching. Despite being competitors, they still support each other and their dreams.

Han Shang Yan’s brotherly relationship with his cousin Wu Bai (Hu Yi Tian) and the funny bickering with his grandpa and step-mom are also super heartwarming. Few words are spoken between the family, but their care for each other through their actions is undeniable.

The relationship between Han Shang Yan and K&K is probably my favorite, as it’s so fun and heartwarming to watch a group of adorable young guys working together as a team to achieve their CTF dreams. They live together, play together, and also discover themselves during the whole process. They also have their boss Han Shang Yan leading them; however, he’s more than just a boss; he is also their guardian, older brother, mentor, and teacher. The trust, encouragement, and support between Han Shang Yan and his K&K team are very touching and inspiring that you surely don’t want to miss it. 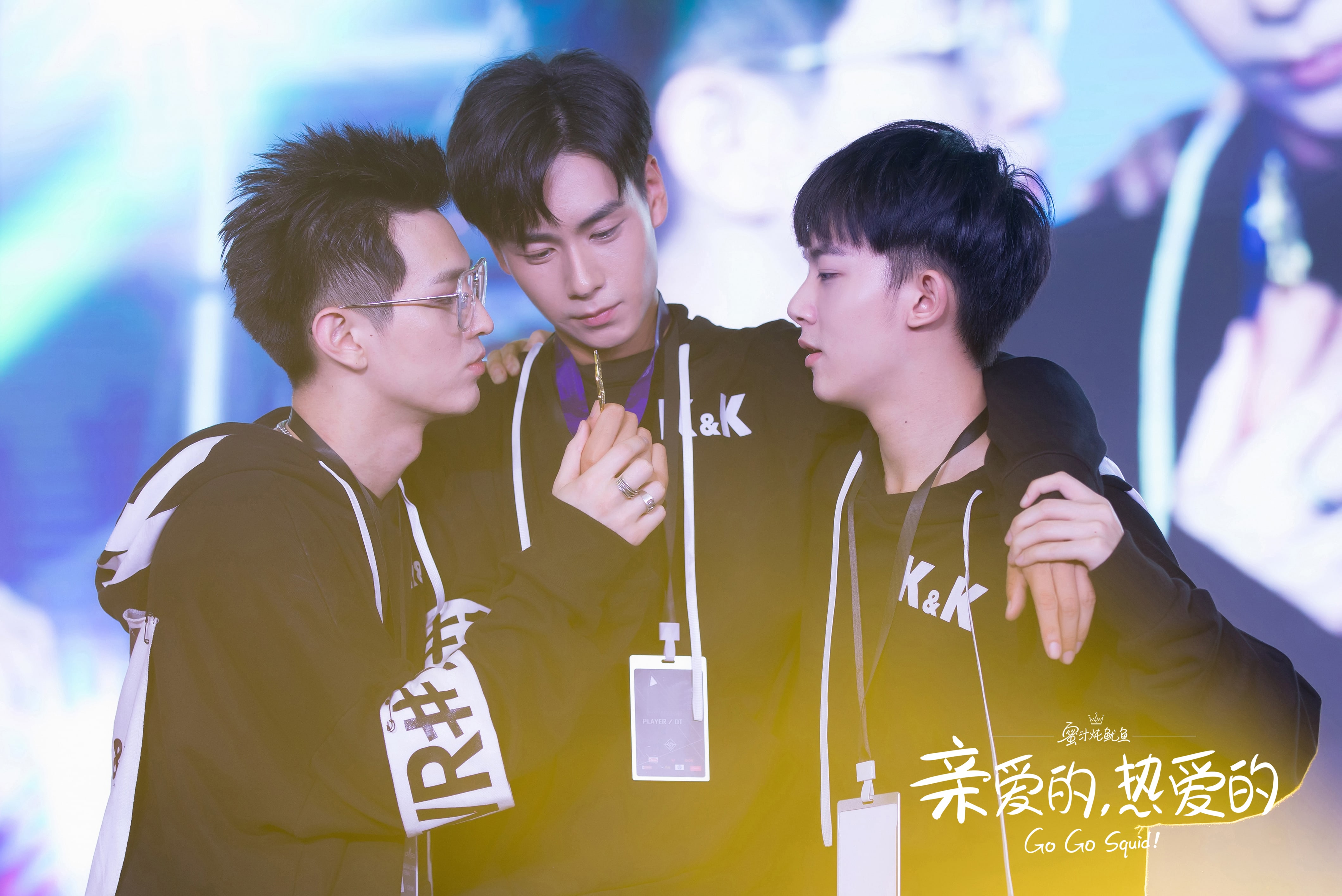 Hey Soompiers, are you watching “Go Go Squid”? Let me know what you think of the drama in the comments below!