The action-comedy film “E.X.I.T” is continuing its successful run at the box office!

On August 7, “E.X.I.T” surpassed 4 million moviegoers. It achieved this accomplishment within eight days of its release, which is on par with one of the biggest domestic box office hits of this year, “Extreme Job,” and one day faster than the 2015 hit film “Veteran.”

The film also recorded a score of 97 percent on CGV’s Golden Egg Index, indicating high levels of audience satisfaction with the film. This is the same score as “Extreme Job” earlier this year.

To celebrate the milestone, Jo Jung Suk, Girls’ Generation’s YoonA, Kim Ji Young, Kang Ki Young, and director Lee Sang Geun posted a photo and video of themselves with a cake that reads “400.” 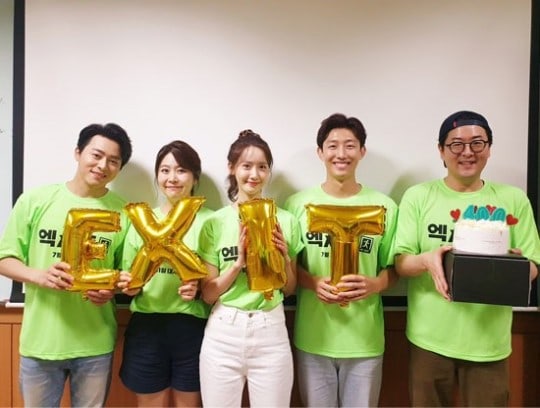 “E.X.I.T” tells the story of an unemployed man (Jo Jung Suk) and his college junior (YoonA) who use the skills they learned in their college rock climbing club to escape a city full of toxic gas.

Congratulations to the cast and crew of “E.X.I.T!”

YoonA
Jo Jung Suk
E.X.I.T
How does this article make you feel?