BTS’s Jungkook Cheers Up TXT With A Touching Surprise

TXT was moved by BTS’s Jungkook on “ONE DREAM. TXT”!

On the August 8 episode of TXT’s reality show, the boy group read post-it messages from their fans in Korea while on their North American showcase tour. One post-it in particular caught TXT’s eyes. Taehyun read out the message, “Good luck! From Jungkook hyung” and commented that the person had the same name as Jungkook.

Beomgyu asked, “It’s not really Jungkook, right?” and TXT reacted with shock when a staff member revealed that the post-it was actually from their Big Hit labelmate Jungkook.

The show then aired a clip of Jungkook handwriting the message. Taehyun explained, “I just read it because it caught my eye,” and Yeonjun commented, “Wow that’s amazing.” Huening Kai said with a big smile, “Thank you!” 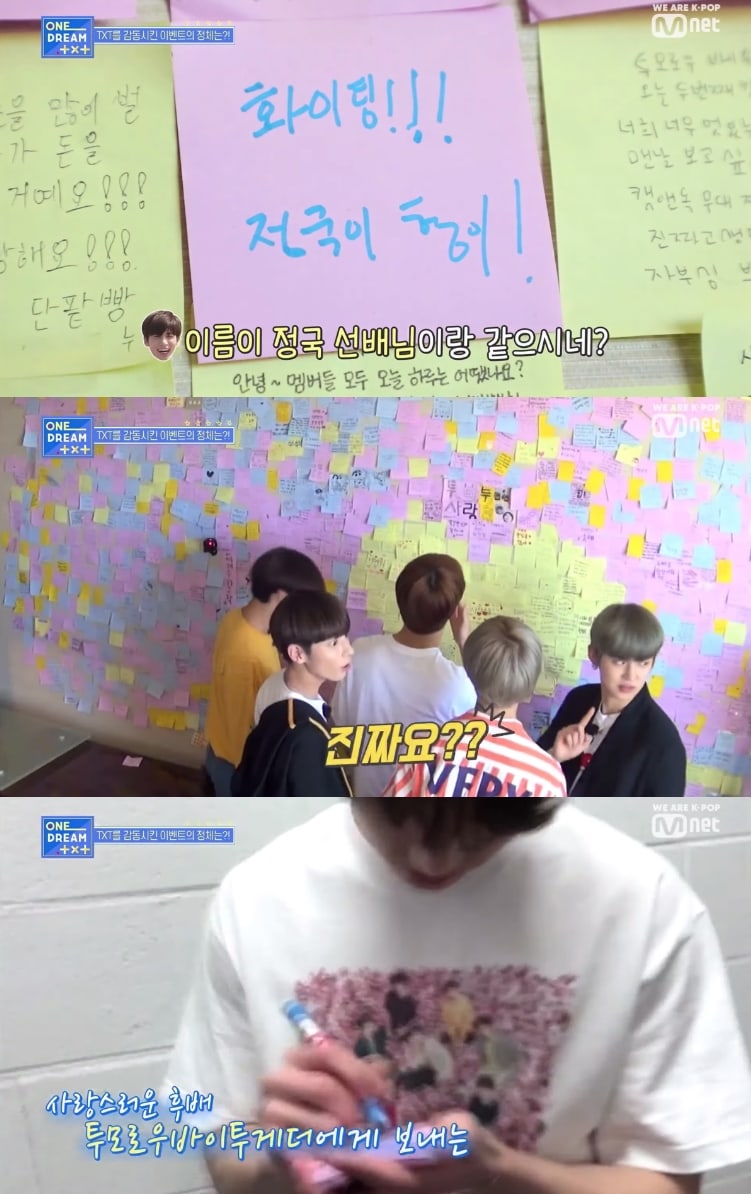 In his interview, Taehyun repeated Jungkook’s message with a bright smile. Yeonjun added, “I felt really grateful that he wrote us a supportive message even though he’s busy.”

Back in the hotel room, Yeonjun said, “I feel strong again after seeing this,” and other members agreed. Beomgyu added, “Let’s do a good job,” and TXT came together for a group cheer. 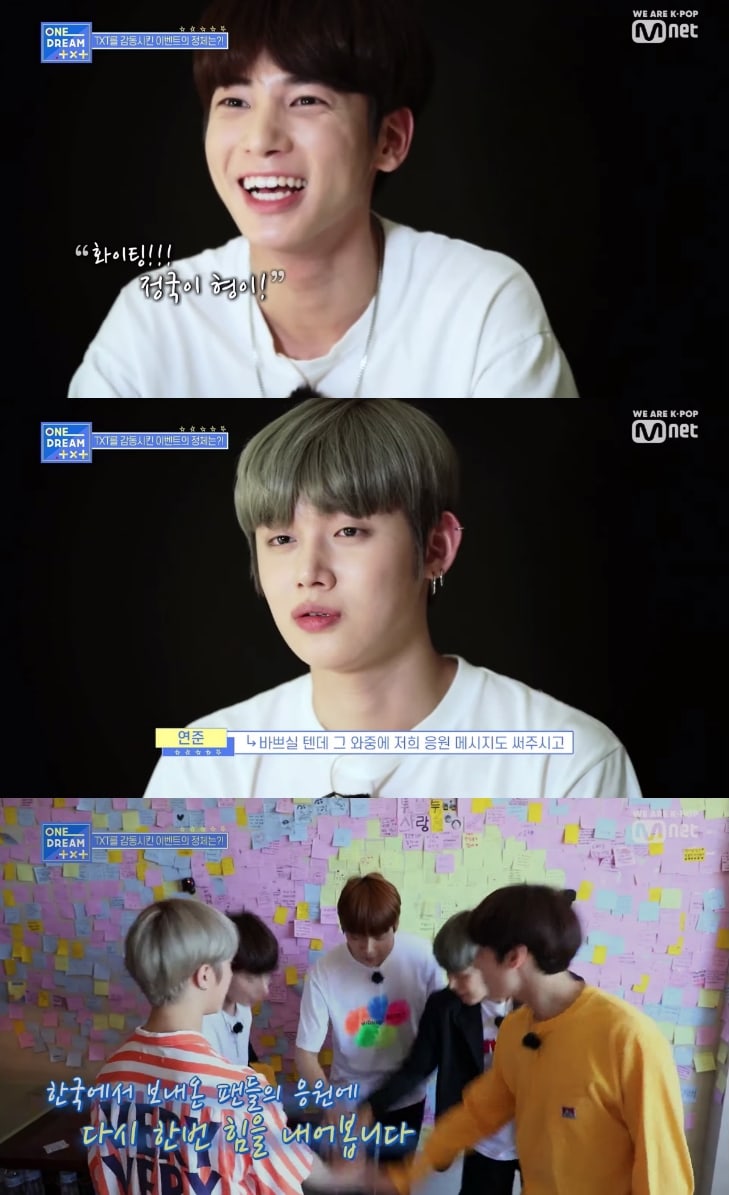 BTS
Jungkook
TXT
ONE DREAM.TXT
How does this article make you feel?