Gaon Chart has revealed its chart rankings for the week of July 28 to August 3!

Kang Daniel‘s solo debut album “Color on Me” topped this week’s physical album chart, while NCT Dream’s new mini album “We Boom” and ITZY’s “IT’z ICY” debuted at No. 2 and No. 3 on the chart respectively. EXO-SC’s debut mini album “What a Life” stayed strong at No. 4, followed by GOT7’s “Spinning Top : Between Security & Insecurity,” which shot up in the rankings to take No. 5 this week. 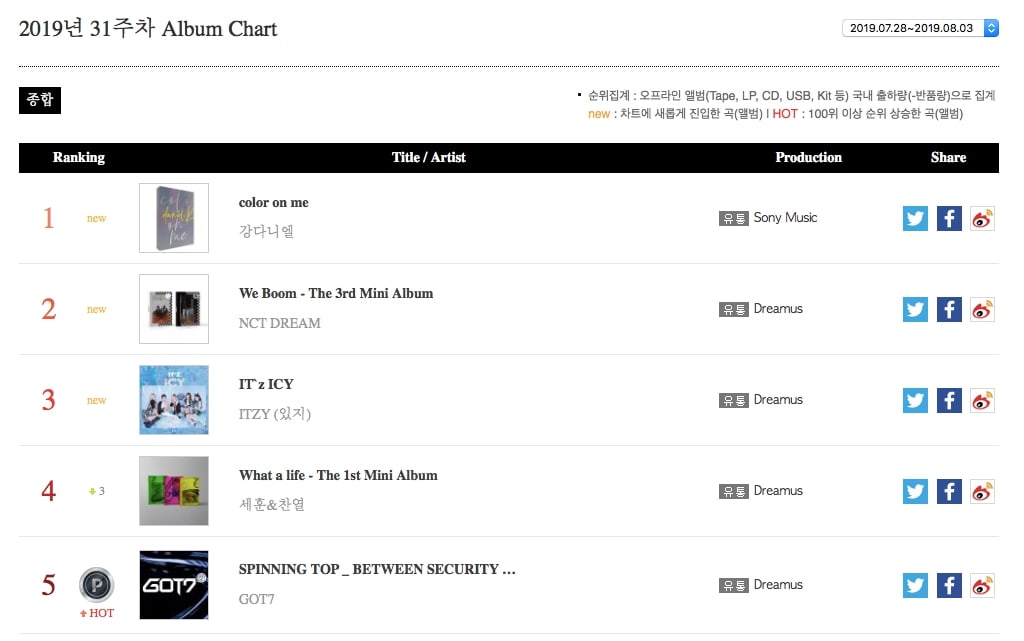 The OST of tvN’s hit drama “Hotel Del Luna” swept this week’s digital charts—Girls’ Generation’s Taeyeon topped both the overall digital chart and the streaming chart for the second consecutive week with “A Poem Titled You,” her solo song from the drama’s soundtrack. Meanwhile, Heize’s own contribution to the soundtrack—the new song “Can You See My Heart”—debuted at No. 1 on this week’s digital download chart. 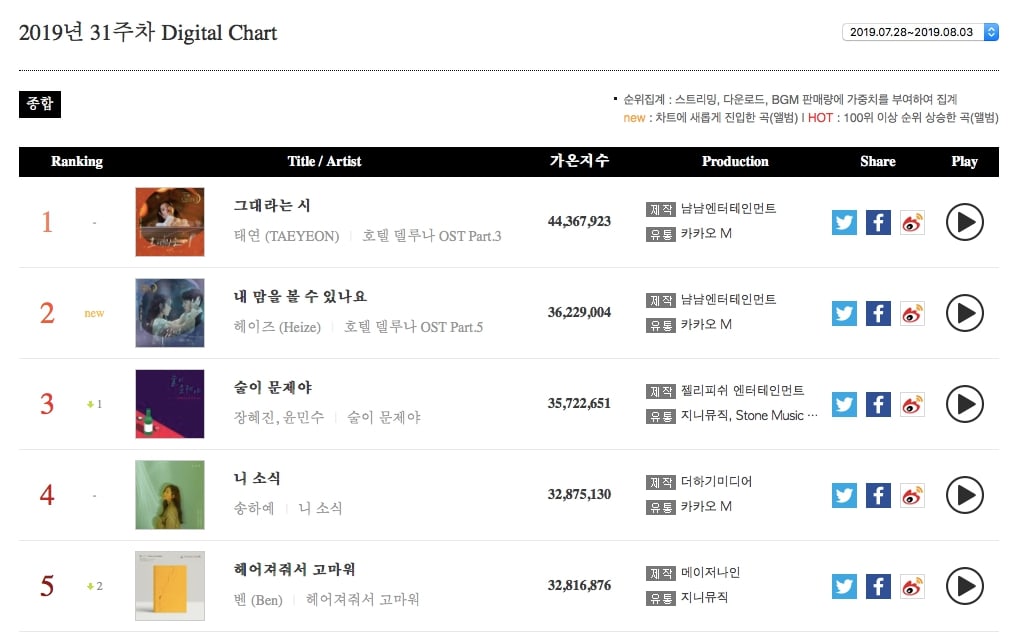 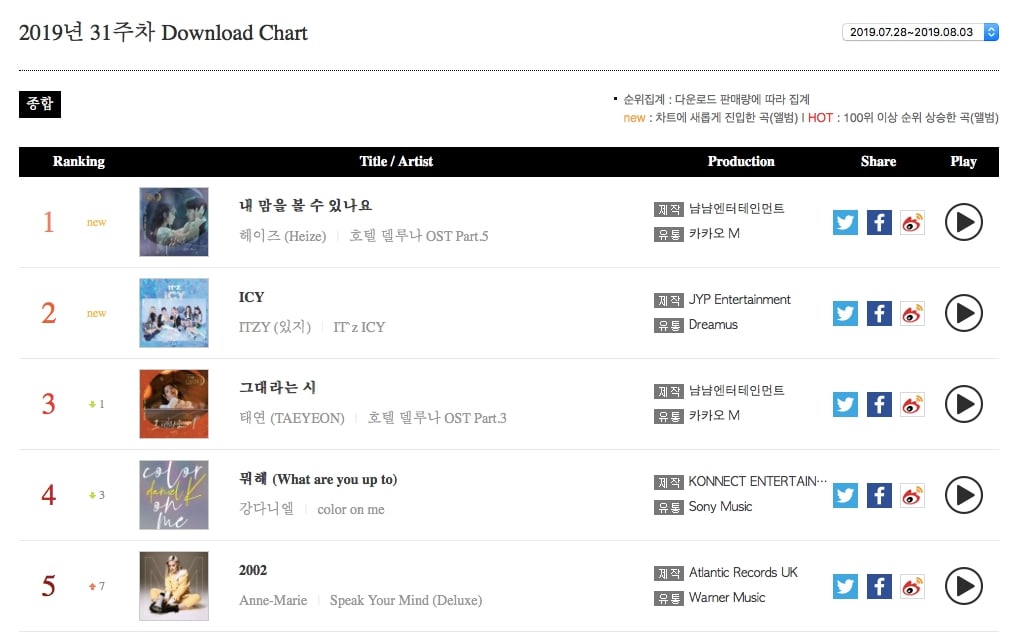 Taeyeon’s “A Poem Titled You” held onto its spot at the top of the streaming chart this week, with Jang Hye Jin and Yoon Min Soo’s “Drunk on Love” at No. 2, Song Ha Ye’s “Your Regards” at No. 3, and Ben’s “Thank You for Goodbye” at No. 4. Finally, Heize’s “Can You See My Heart” debuted at No. 5 on this week’s chart. 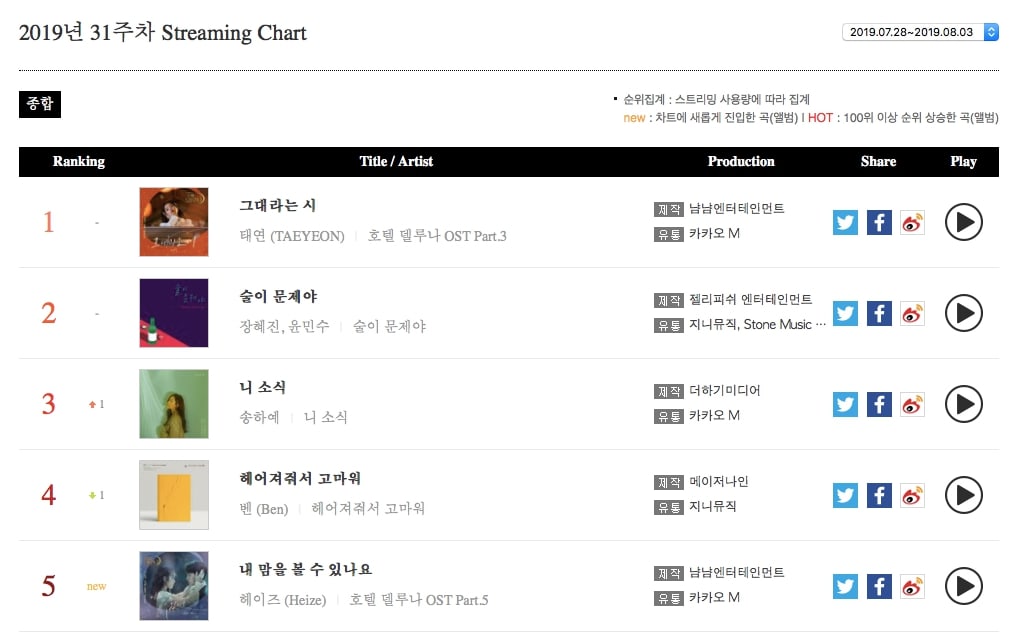 BTS continued their reign over Gaon’s new “Social Chart 2.0” this week, with CIX rising to No. 2. NCT Dream shot up in the rankings to take No. 3 on this week’s chart, followed by Song Ga In at No. 4 and BLACKPINK at No. 5. 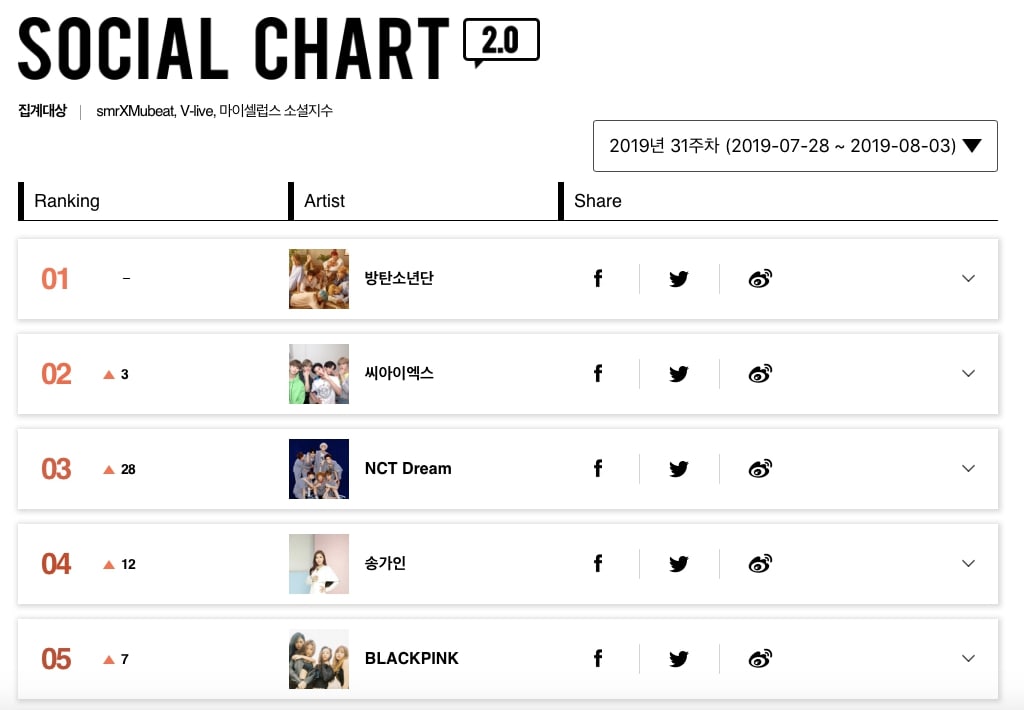 Listen to Taeyeon’s and Heize’s chart-topping hits in the latest episode of “Hotel Del Luna” below!