“Welcome 2 Life,” which premiered at the top of its time slot last week, is a new romantic comedy about a selfish lawyer named Lee Jae Sang (played by Rain), who gets sucked into a parallel universe after an accident and finds himself transformed into an upright prosecutor.

On August 9, the drama unveiled hilarious new stills of Lee Jae Sang adjusting to life in his alternate reality. Although the first photo shows prosecutor Lee Jae Sang looking serious as he begins a formal questioning, he quickly finds himself caught between an angry man and woman, both of whom have grabbed him by his hair. 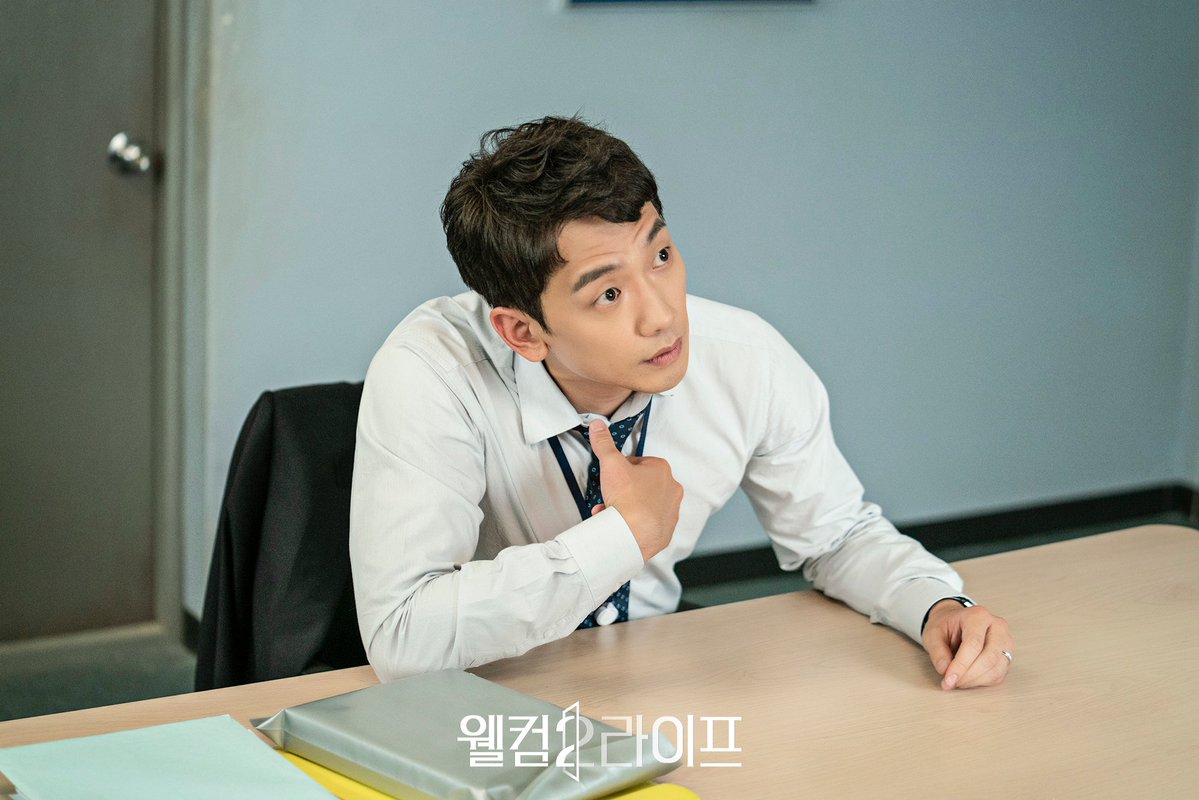 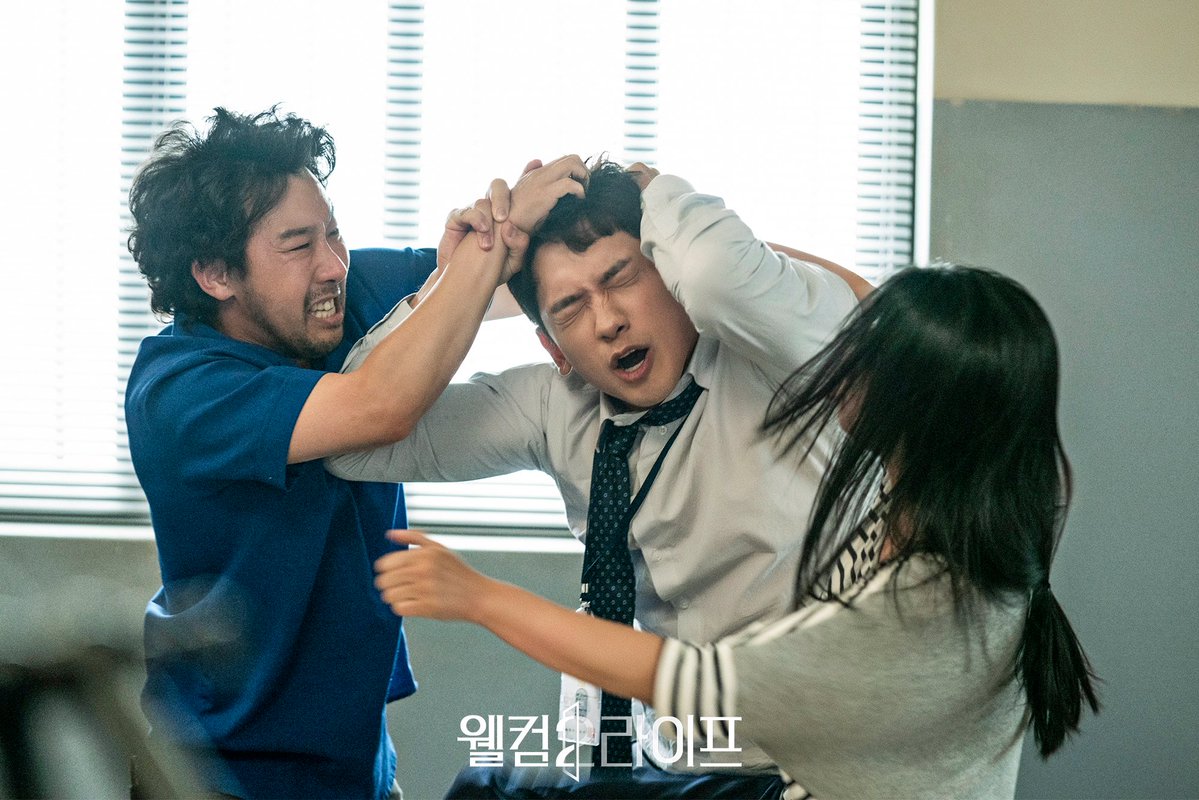 Just when Lee Jae Sang thinks he’s finally escaped the pain and humiliation of being dragged around by his hair, the other man triumphantly grabs him by the hair once again—this time from behind—while wearing a gleeful expression. 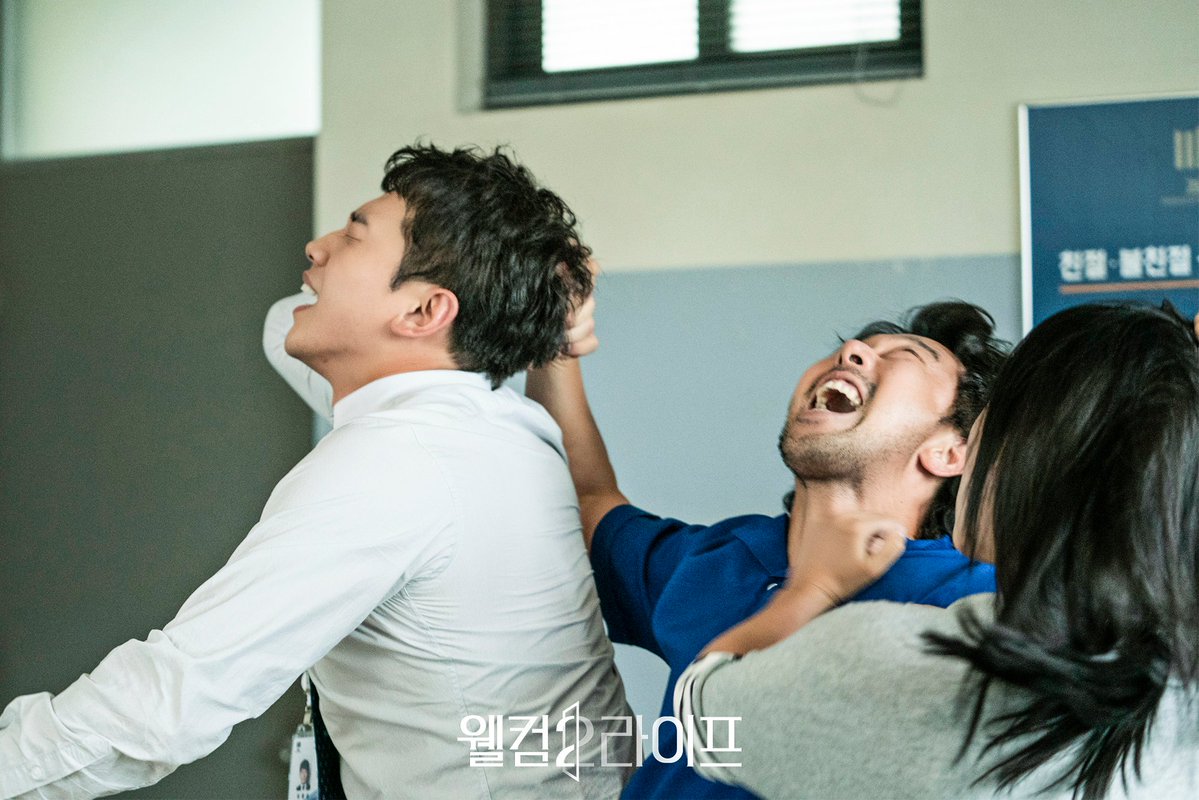 To find out how exactly Lee Jae Sang finds himself caught up in such a painful ordeal, tune in to the next episode of “Welcome 2 Life” on August 12 at 8:55 p.m. KST!

In the meantime, you can catch up on the latest episode of the drama below:

Rain
Welcome 2 Life
How does this article make you feel?