“I Wanna Hear Your Song” tells the story of Hong Yi Young (played by Kim Sejeong), a timpanist who loses memory of the night of a murder, and Jang Yoon (played by Yeon Woo Jin), a strange, tone-deaf man she meets. The pair have already been captivating viewers with their chemistry and the mysterious story that surrounds them.

The new photos show how the pair are dedicated to their roles. Yeon Woo Jin can be seen sitting in front of a piano getting lost in his script, while Kim Sejeong sits on the floor in another shot, not really caring whether her clothes get dirty as she prepares for her scene. Not only this, but the pair can also be seen analyzing their characters and going over their lines together whenever they have a spare moment. 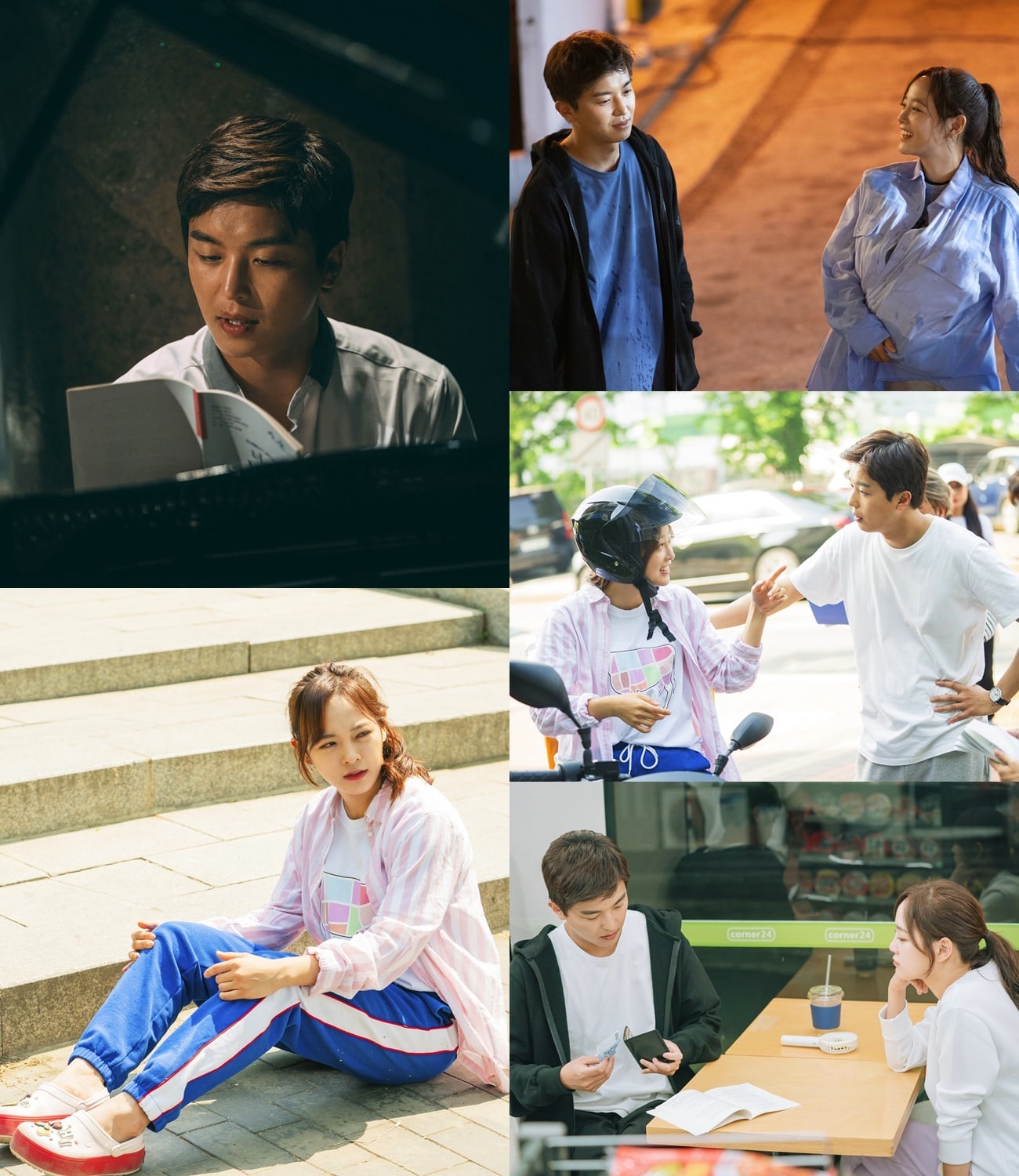 A source from the production company stated, “Yeon Woo Jin and Kim Sejeong are always working hard during breaks to create the perfect scenes. Their bright smiles and energy help keep the staff going in the hot weather, and allow everyone to focus on their work.”

“I Wanna Hear Your Song” airs every Monday and Tuesday at 10 p.m. KST. Catch up with the latest episode below!

gugudan
Kim Sejeong
Yeon Woo Jin
I Wanna Hear Your Song
How does this article make you feel?