An intense trailer has been released for the upcoming film “Battle of Jangsari.”

“Battle of Jangsari” is a blockbuster war film that tells the story of an important diversionary operation during the Korean War, when 772 student soldiers risked their lives to help ensure the success of the later Battle of Incheon. It stars Kim Myung Min as a guerilla task force commander, Megan Fox as legendary journalist Marguerite Higgins, SHINee’s Minho as the central character of a student soldier, and more.

The first trailer for the film released on August 9 showcases breathtaking scenes of the battle as well as the tense days leading up to it. A sombre voice tells a crowd of young and unexperienced soldiers on a ship, “What can we do? We’re at war now.”

A caption describes the battle as “a classified operation left out of the records” and emphasizes that the student soldiers had only two weeks of training to prepare. Amidst shots of the harrowing battle, Megan Fox says, “Those kids don’t know they’re on a suicide mission, do they?”

A poster for the film was also shared, which depicts the soldiers in front of a landing ship tank in the tense moments before the battle when their mission seemed impossible. 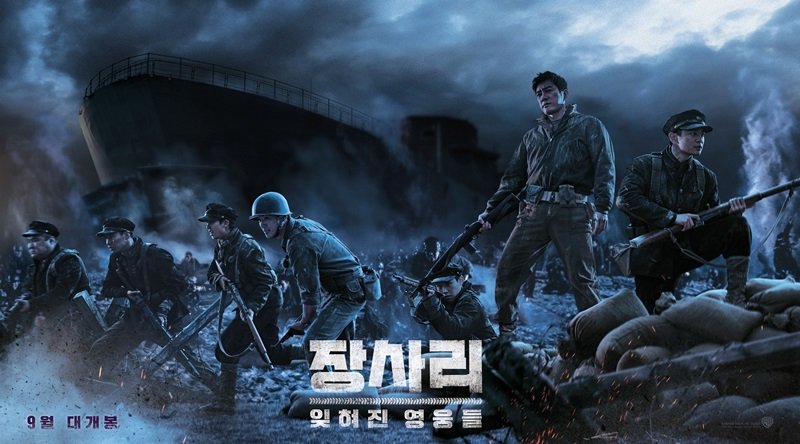 “Battle of Jangsari” will be released in theaters in Korea on September 25.