On August 9, Suho and Sooyoung were recognized for their acting at the 15th JIMFF Awards, an annual award ceremony held by Naver and the Directors’ Guild of Korea. Both stars received the Discovery of the Year Award, which honors achievements by rookie actors who originally debuted as musicians.

Suho, who received the award for his performance in the film “Student A,” remarked, “I’m grateful just to have been invited to the Jecheon International Music & Film Festival, so I’m sincerely thankful for being given such a great award as well.”

He went on, “Just like the film ‘Student A,’ I will try to become an actor who becomes a source of strength and comfort for many people. Please show me a lot of interest and love [in the future].” 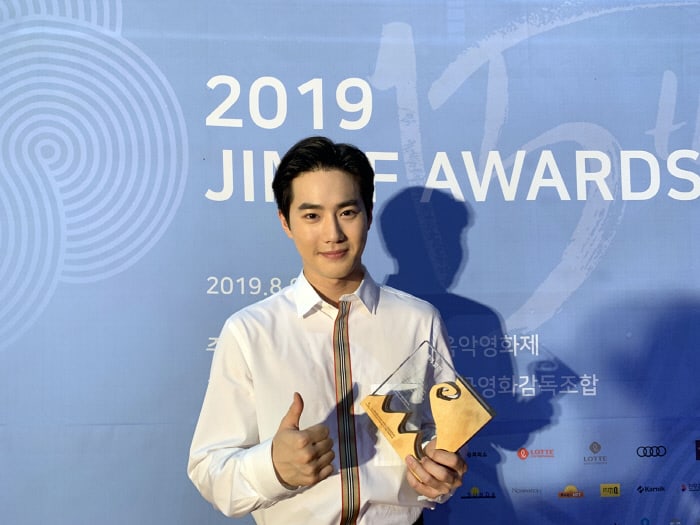 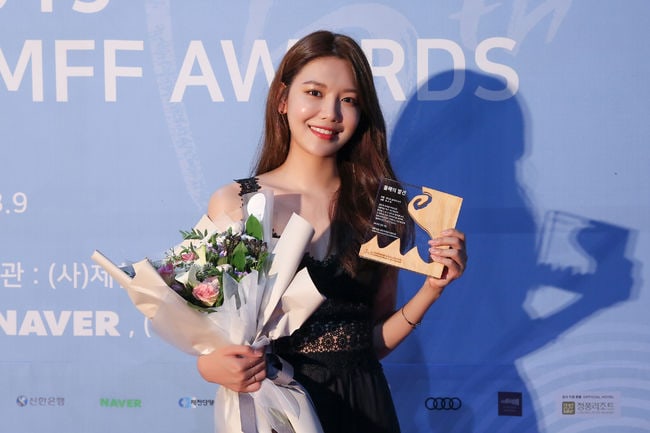 Congratulations to Suho and Sooyoung!