“Doctor John” is a suspenseful medical drama about two brilliant doctors who specialize in pain management. Ji Sung plays the role of Cha Yo Han, a genius anesthesiologist who is famous for his ability to assess patients in just 10 seconds, while Lee Se Young stars as Kang Si Young, a highly intelligent anesthesiology resident with a painful past.

In the released stills, Kang Si Young has a worried expression on her face as she analyzes Cha Yo Han’s physical condition. She takes his body temperature, checks his blood pressure, and measures his pulse. Just as Cha Yo Han examines his body by himself every day, Kang Si Young checks his vitals and records the numbers herself.

Meanwhile, Cha Yo Han stares at Kang Si Young with gentle eyes, and Kang Si Young lets tears of concern stream down her face. Their contrasting expressions pique viewers’ curiosity as to why they’re reacting like this. 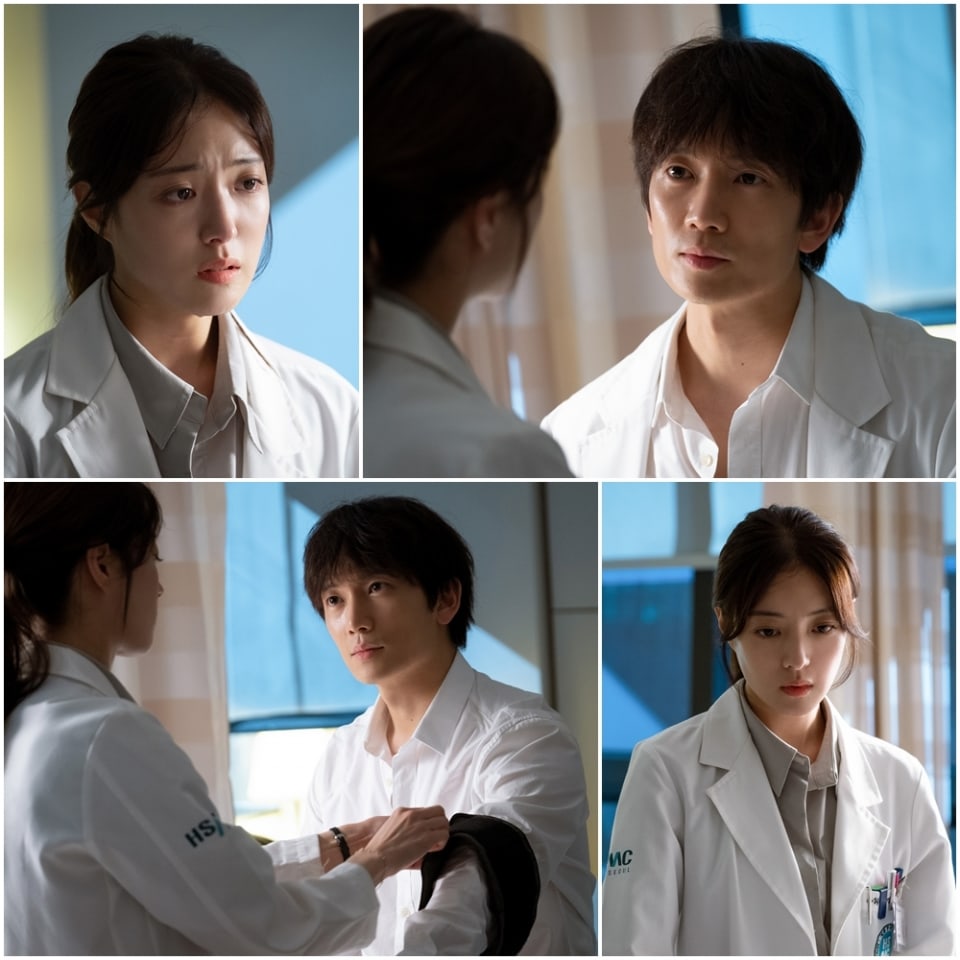 This particular scene was filmed at Gangseo District in Seoul during the month of June. The two actors exchanged lines and prepared thoroughly while waiting to film their scene. They also analyzed each line closely, as the scene is particularly meaningful for Cha Yo Han and Kang Si Young’s relationship. After discussing the characters’ emotions, they were able to work together naturally. Lee Se Young also concentrated hard on set in order to portray Kang Si Young’s complicated mindset, and Ji Sung lifted the mood during filming with his warm and friendly personality.

The production staff stated, “There is a lot of interest towards what will happen between Ji Sung and Lee Se Young, who are tormented by similar things as doctors.” They also asked viewers to check out the upcoming episode in order to see how the relationship between Lee Se Young and Ji Sung will unfold.

“Doctor John” airs on Fridays and Saturdays at 10 p.m. KST.

Check out the latest episode of “Doctor John” below!