“Funding Together” will be a program that showcases ideas that might be difficult to put into reality alone and funds them through the help of viewers. It was previously announced that the show will be directed by former “Infinite Challenge” producing director Kim Tae Ho.

In a colorful set of moving posters unveiled on August 9, the show teases its first line-up of celebrities and the various ideas they will pitch. 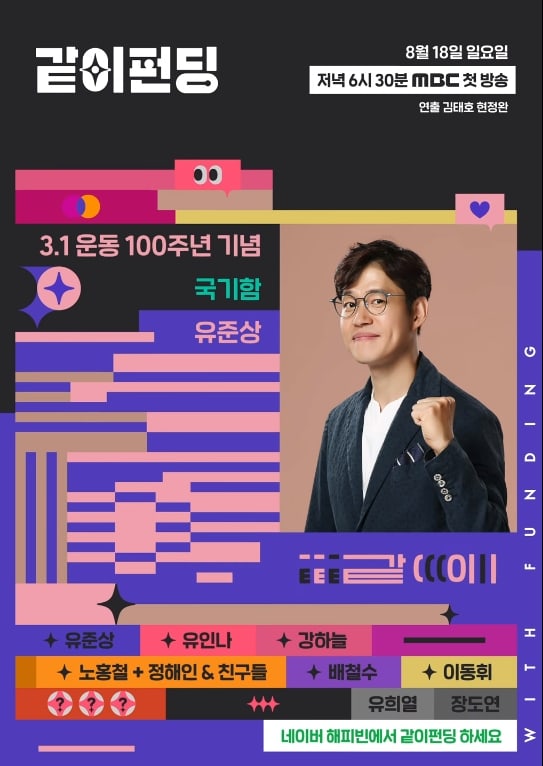 Yoo Joon Sang’s poster shows the actor with a soft smile and his left hand clutched in a confident fist. He piques viewers’ curiosity with his project that involves a flag case that commemorates the 100-year anniversary of Korea’s March 1st Movement. 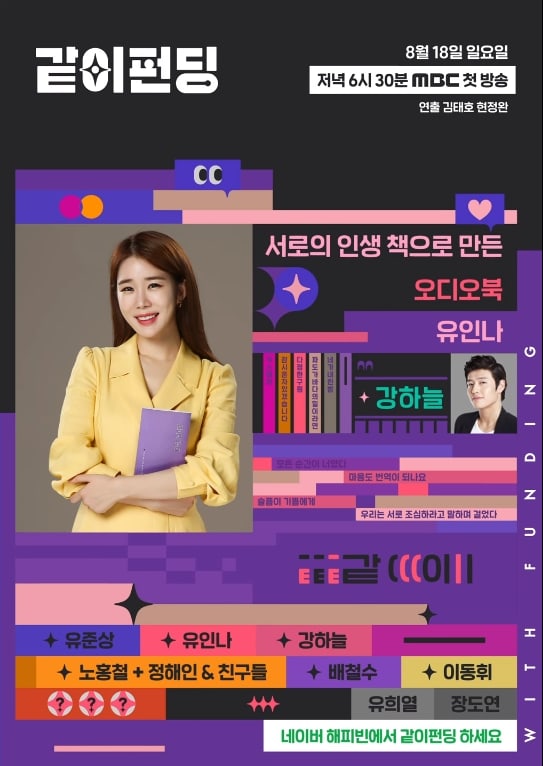 Yoo In Na is carrying a book in her poster, and her project is titled, “An audiobook made from each other’s cherished books.” Kang Ha Neul is listed as a special guest, building anticipation for what kind of chemistry the two sweet-voiced actors will show. 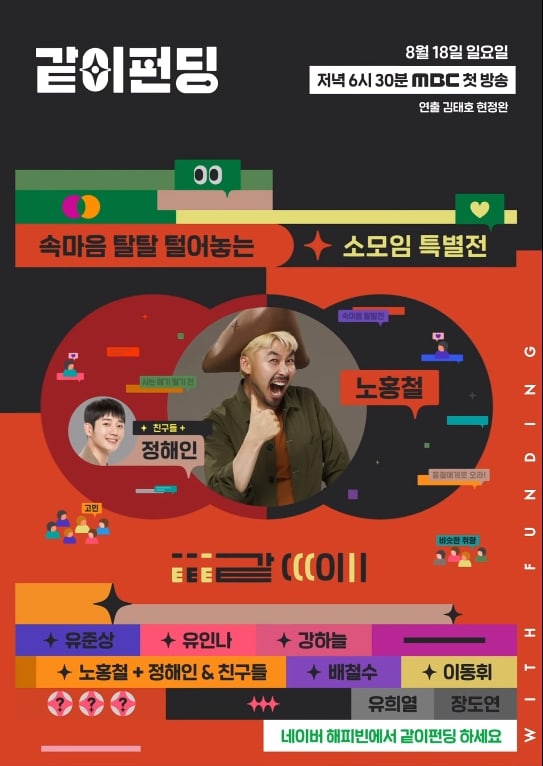 Finally, Noh Hong Chul’s project is described as a “special exhibition of small clubs” that involves interacting with many other people. He will be joined by actor Jung Hae In, drawing a hot response from viewers.

The producers for “Funding Together” stated, “We worked to draw out the empathy and participation of viewers with the authentic ideas of various public figures. It will be fun to see the process of ideas growing with the participation of others. We hope that you will cheer on the first line-up of Yoo Joon Sang, Yoo In Na, and Noh Hong Chul.”

“Funding Together” premieres on August 18 at 6:30 p.m. KST, and viewer funding will begin after the end of the broadcast.

Check out the colorful moving posters below!