Both dramas took No. 1 in their respective time slots on August 10, and despite their entirely different genres, they both made viewers’ hearts beat a little faster with the romantic endings to their latest episodes.

Meanwhile, the August 10 episode of “Doctor John”—which airs one hour later than “Hotel Del Luna” at 10 p.m. KST— scored average viewership ratings of 7.3 percent and 11.3 percent nationwide, beating out MBC’s “Golden Garden” (which scored average ratings of 7.0 percent and 7.6 percent during the same time slot) to take first place once again. “Doctor John” also topped its time slot among the key demographic of viewers ages 20 to 49, achieving its highest viewership yet with average ratings of 3.6 percent and 5.7 percent.

The latest episode of “Hotel Del Luna” ended with Goo Chan Sung (played by Yeo Jin Goo) confronting Jang Man Wol (played by IU) with the bottled potion that would prevent him from seeing ghosts or the Hotel Del Luna. After explaining that he’d realized she was the one who had instructed Ma Go Shin (played by Seo Yi Sook) to give him the potion, Goo Chan Sung shocked Jang Man Wol by throwing the potion into the water and declaring that he’d chosen to stay by her side. He ended the scene by telling her vulnerably, “I’m going to stay in danger and keep sticking around, so please keep protecting me.”

Meanwhile, the latest episode of “Doctor John” similarly ended with a heart-fluttering confession, as Kang Si Young (played by Lee Se Young) raced to catch Cha Yo Han (played by Ji Sung) in the elevator. Just before the doors opened, Kang Si Young confessed her feelings by telling him, “I like you.” But before Cha Yo Han could respond, the elevator arrived at its destination, piquing viewers’ curiosity as to what will unfold between the two in the drama’s next episode. 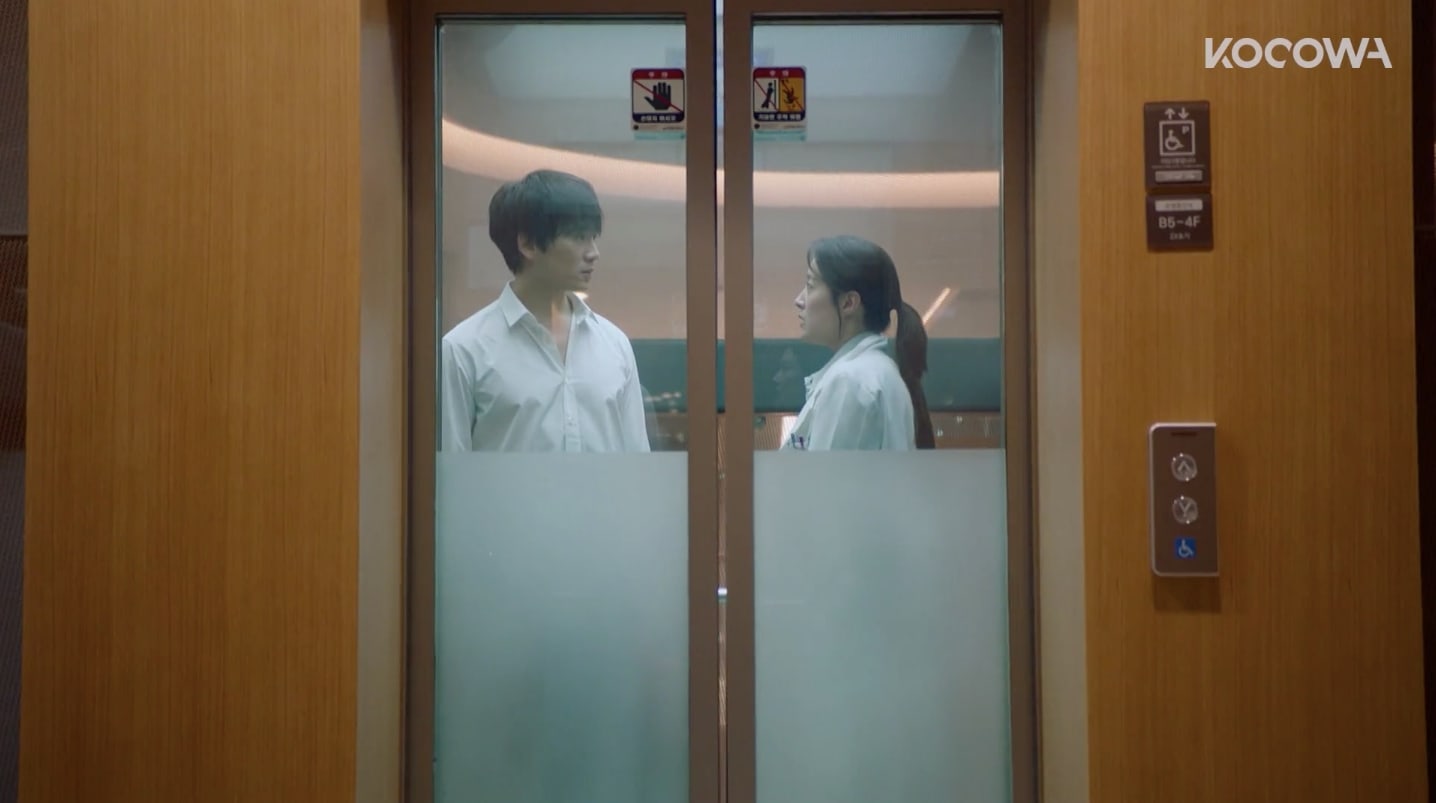 “Hotel Del Luna” airs on Saturdays and Sundays at 9 p.m. KST, while “Doctor John” airs on Fridays and Saturdays at 10 p.m. KST.

…and the latest episode of “Doctor John” here!