It had been previously reported that Sulli would be making a cameo appearance on the drama to show support for her close friend IU. Her role in the drama is yet unknown, making viewers curious to know what changes she will bring to the story.

The new stills show Sulli, IU, and Yeo Jin Goo posing for a photo together, all smiles as they enjoy each other’s presence. It is said that the atmosphere on set was bright all throughout Sulli’s visit. 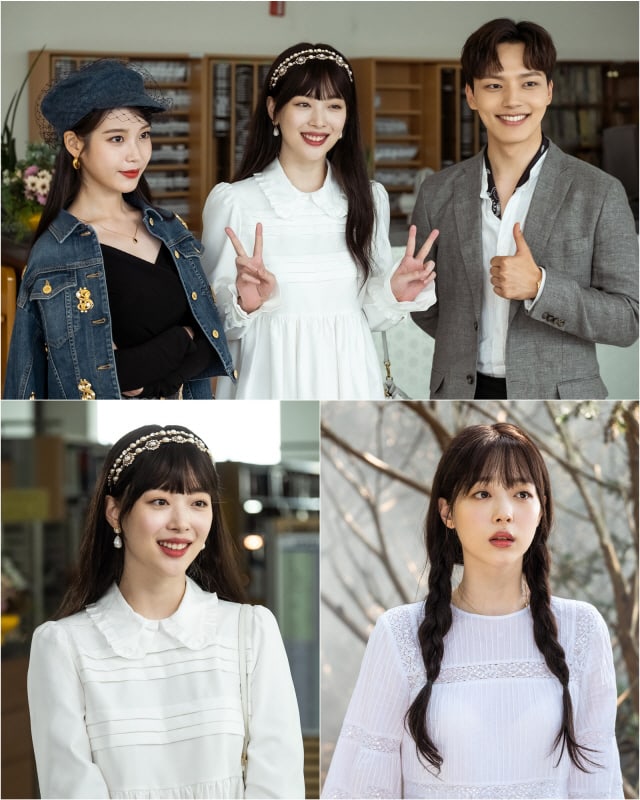 The production staff stated, “Sulli agreed to appear in our drama at IU’s request. We were very happy to hear that as the character she will play was one we’d actually been thinking of offering to her,” and “Please keep watching to see what happens in the upcoming episode.”