Han Chae Young chatted about her son’s antics on the latest episode of SBS’s “My Ugly Duckling”!

The actress appeared as a special MC on the August 11 episode of the reality show, where host Seo Jang Hoon commented, “I heard that Han Chae Young’s son said that Hong Jin Young is prettier than Han Chae Young.”

Han Chae Young replied, “[Hong] Jin Young is pretty. I used to appear on a variety show [KBS 2TV’s ‘Sister’s Slam Dunk 2‘] with Jin Young. I took a lot of photos with Jin Young at the time, and my son looked at the photos and said [about Hong Jin Young], ‘This older sister is pretty.'”

The actress continued, “I was so surprised by my son’s words that I said, ‘Older sister?’ I corrected him by telling him, ‘She’s not an older sister. She’s an auntie.’ There’s not much of an age difference between Jin Young and me. He called the auntie next to his mom an older sister.”

Shin Dong Yup asked, “How old was he when he said that?” and the actress answered, “It was when he was five. He’s now seven years old.” Shin Dong Yup jokingly responded, “He’s a kid who knows some things.” 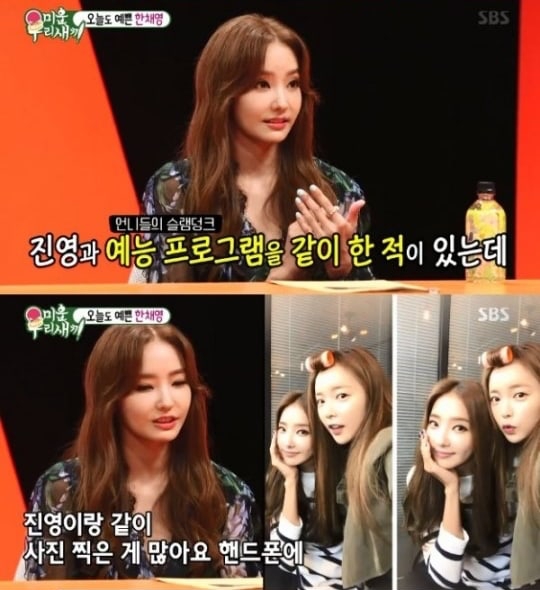