Kim Woo Seok began by saying, “Jin Hyuk worked harder than anyone to prepare for this fan meeting, so I hope everyone will enjoy it and create lots of great memories.”

He continued, “And Jin Hyuk, I heard that you’re having continuously joyful days, but I hope today is an especially meaningful and happy day. I’m always watching over you, so I hope you’re doing your best, and I should’ve been there, so I’m sorry that I wasn’t able to go. Next time, I’ll make sure to claim a seat. Please think of me a little bit as well today.”

He concluded, “I love you, friend. Be happy today.” 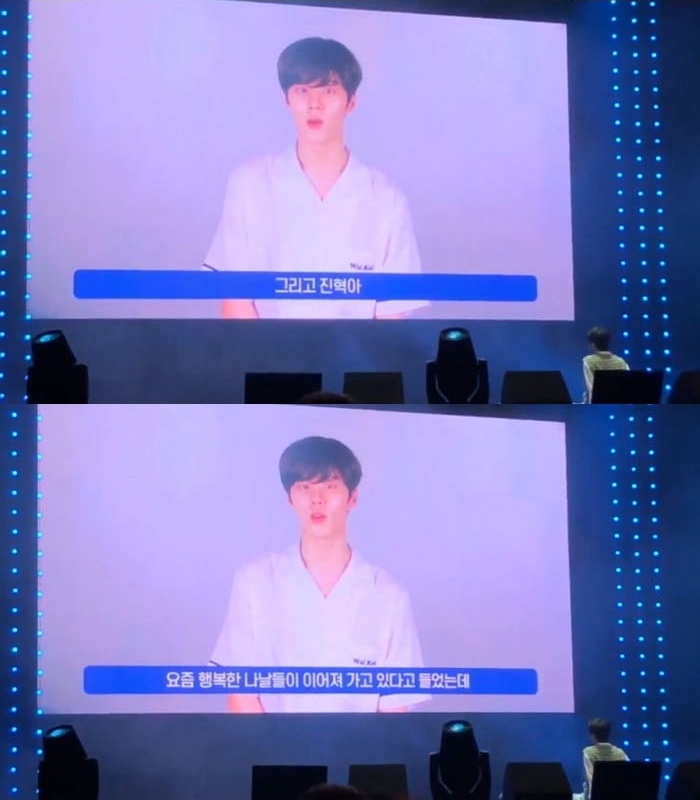 Kim Woo Seok and Lee Jin Hyuk debuted in 2015 as members of UP10TION. They recently participated in Mnet’s “Produce X 101” and both gained lots of popularity after appearing on the show. Kim Woo Seok is currently preparing to debut as a member of the program’s project boy group X1, while Lee Jin Hyuk is carrying out various solo promotions.