On August 10 local time, MONSTA X performed at the Staples Center in Los Angeles and played the final show of their “We Are Here” world tour. This concert was also live-streamed to thousands of fans worldwide via Naver’s V Live+.

MONSTA X opened the show with “Shoot Out,” “Hero,” and “Trespass” before saying hello to their fans. 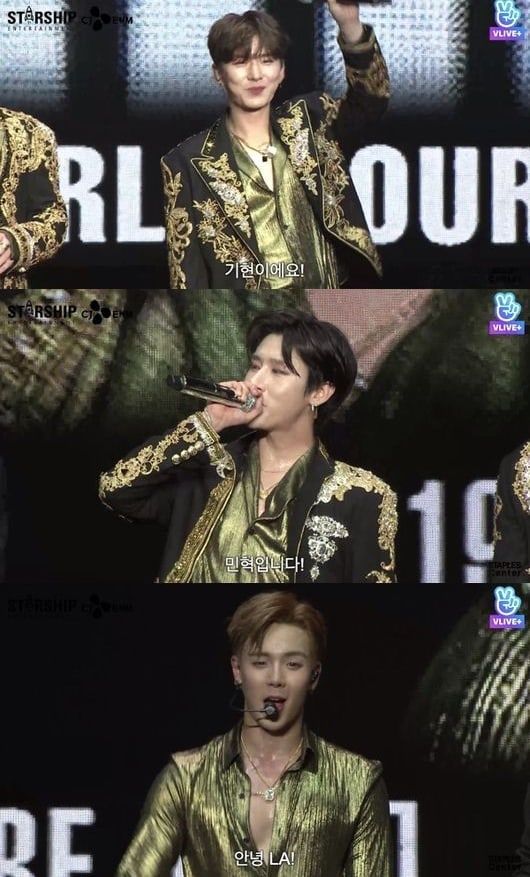 Hours before the Los Angeles concert, MONSTA X’s agency Starship Entertainment notified fans that Kihyun would be performing while seated after being diagnosed with a rib fracture.

The group’s leader, Shownu, told fans, “I think there were many people who might’ve been surprised after seeing the opening performance. I’ll tell you again. Because of an injury, Kihyun will unfortunately be performing while seated.” He continued, “The doctors said that he really needs to take a rest, but ‘Super Passionate Man’ Kihyun said that he really wanted to be on stage to keep his promise with our fans today so we decided to perform together.”

Kihyun said, “I came out because this is something that I promised all of you. Although I can’t dance, I’ll work hard to sing. I’ll sing to the point where I’ll feel satisfied. Don’t worry.”

Wonho added, “I hope that our Monbebes [MONSTA X’s official fandom] will cheer hard so that Kihyun can get well soon and enjoy performing on stage with us.”

MONSTA X continued to wow the crowd with group and unit performances. After the final track “Alligator” and fun encore stages, the members shared their final thoughts.

“I’m sorry I surprised you,” concluded Kihyun. “I feel really sorry to those who waited for the concert and I also feel sorry to the members. In order to keep my promise with Monbebes and the members, I got on stage after taking really strong pain relievers. I think I would’ve seriously regretted it if I had stayed in my hotel room instead of taking medicine and getting on the stage I had dreamed about since 2015. Thank you for gifting me an unforgettable day. I hope you’ll come see us again next time.” 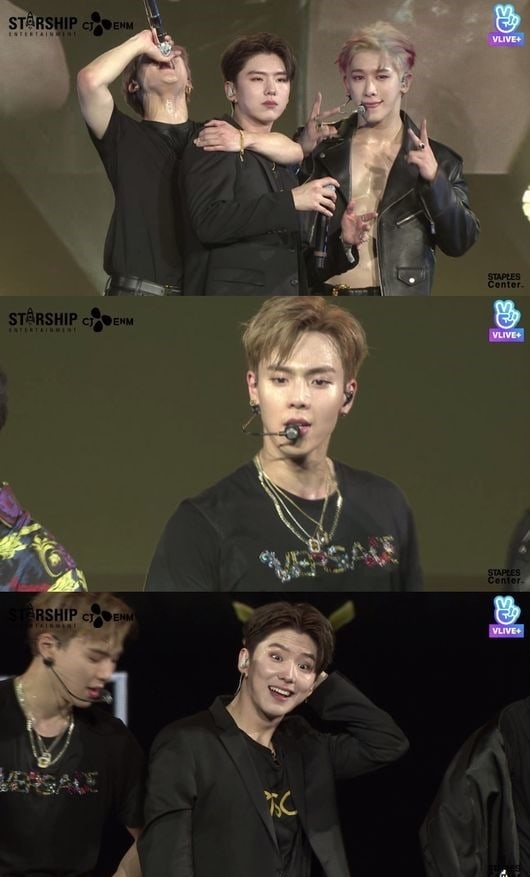 MONSTA X also reunited with Gallant backstage! They previously performed together for “When You Call My Name” in 2018.

my guys @officialmonstax ?????? thanks im man for the invite show is gonna be crazy pic.twitter.com/tNIkSSYrvZ

Watch the first episode of “When You Call My Name” below!

MONSTA X
Kihyun
Gallant
How does this article make you feel?