Song Jae Rim Shares An Emotional Story About His Mother

Song Jae Rim opened up about his mother on KBS 2TV’s “Hello Counselor.”

On the August 12 episode, the actor appeared on the show and listened to the guests’ concerns and stories.

A father of two appeared on the show to talk about his wife who was addicted to her work. According to the husband, the wife prioritized work to the point that when she was pregnant, she decided to induce labor on a holiday. She also continued to work when she got home, and the husband became completely responsible for housework and childrearing.

After listening to his story, Song Jae Rim said, “It’s like watching my father in the past.” He then carefully began to open up about his own childhood.

“I’ll start to tell you about my past,” said the actor. “There was a time my mom ran away because she was tired of doing the housework. She came back after a couple of days.”

He continued, “They said that I hid behind my father and just looked at my mom. To this day, that has remained as a deep sadness for my mother. So if I got angry when I was young, she would cry and tell me she was sorry.” 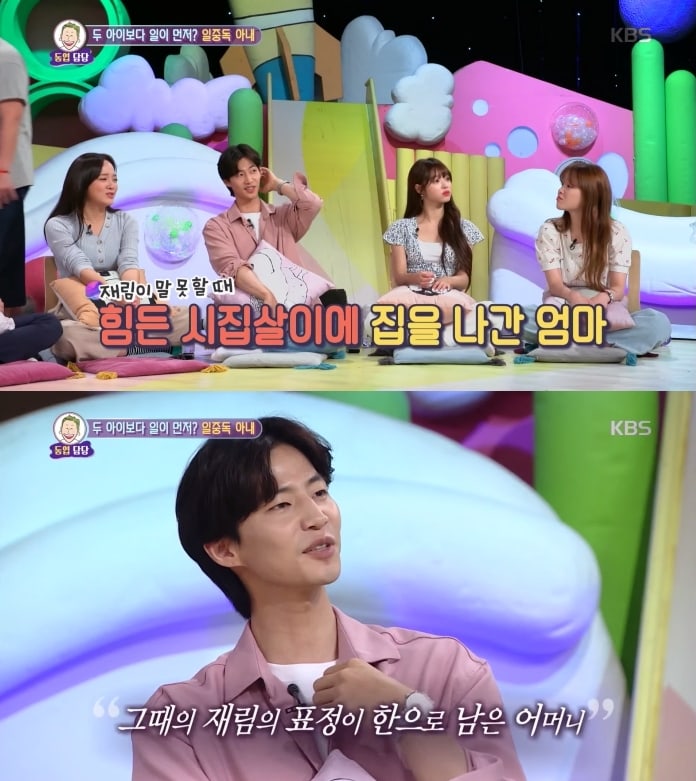 Watch Song Jae Rim in the latest episode of “I Wanna Hear Your Song” now:

Hello Counselor
Song Jae Rim
How does this article make you feel?