“Tale of Nok-Du,” a historical rom-com based on a webtoon, is about the unique romance between a man named Jeon Nok Du (played by Jang Dong Yoon), who disguises himself as a woman in order to enter a mysterious all-female community, and a gisaeng-in-training named Dong Dong Joo (played by Kim So Hyun), who wants anything but to become a gisaeng (female courtesan).

The actors had a successful first day officially reading as their characters, Jang Dong Yoon as Nok Du, who is saddled with the difficult task of disguising himself as a woman, and Kim So Hyun as Dong Dong Joo, a firecracker who can’t stay idle in the face of injustice.

Actor Kang Tae Oh read for the role of Cha Yul Mu, a new character not in the original webtoon who will shake up the relationship between the leads.

A source from the drama said, “The teamwork between the young actors was more perfect than we could have imagined, and the performances from the veteran actors was incredible. Please look forward to the upcoming Joseon romantic comedy, which adds new elements to the great story of the original work.” 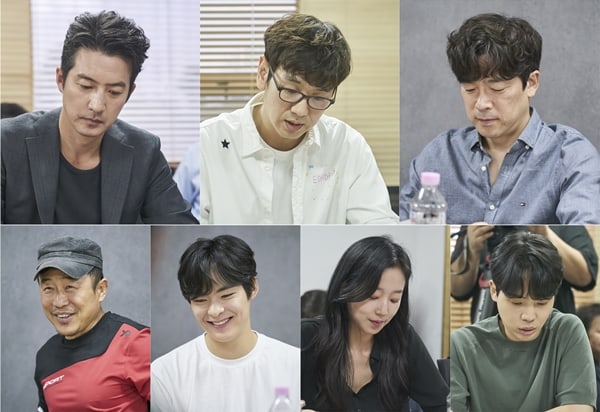