In the first still, Yi Rim looks nervous, before he abruptly and powerfully pushes Goo Hae Ryung against the wall in the second photo. Their faces are held right in front of one another, and the two make very tense eye contact, with Yi Rim looking confident and Hae Ryung appearing flustered. 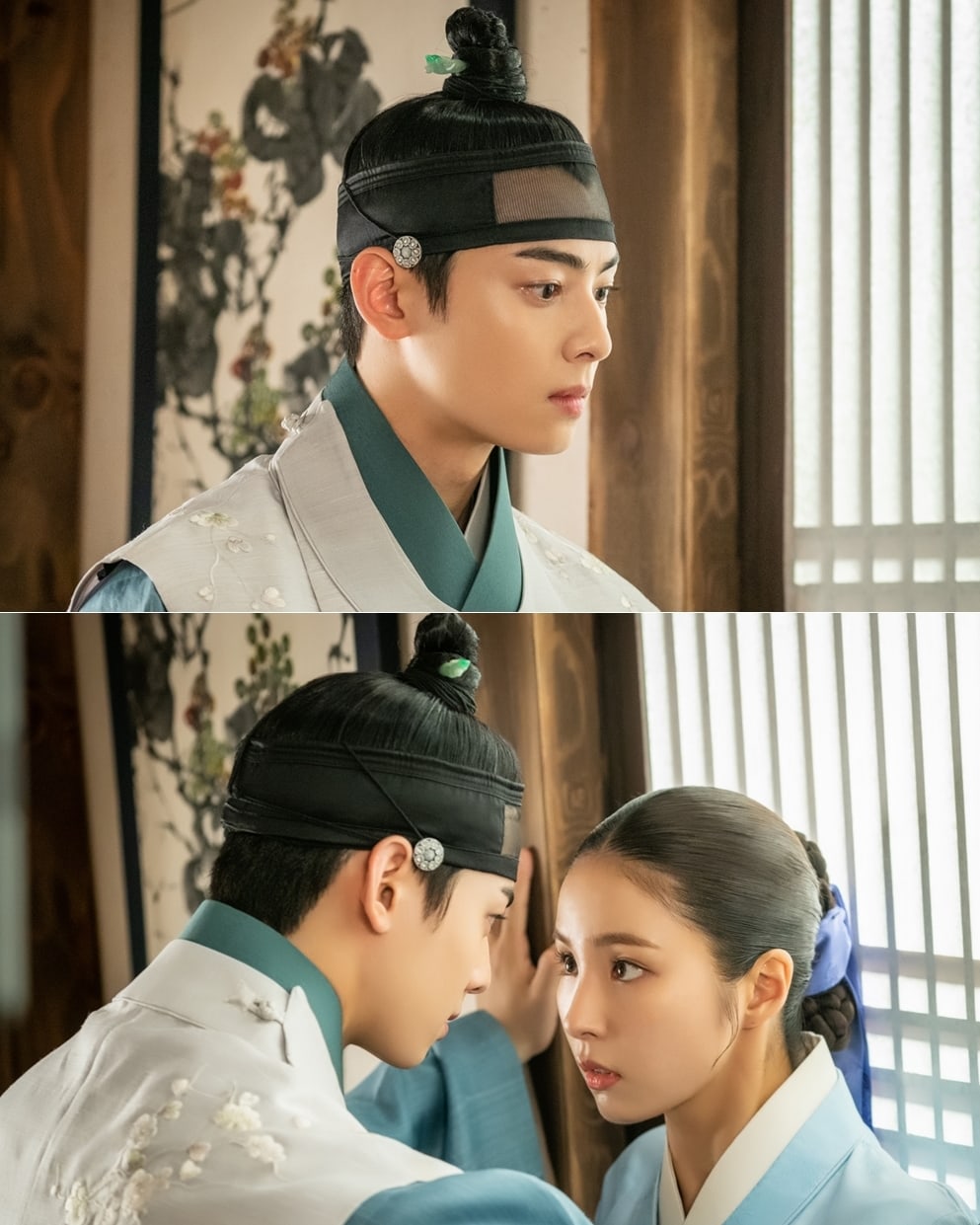 In the third photo, Goo Hae Ryung looks remorseful with her head bowed towards Yi Rim. Yi Rim on the other hand looks defeated with regret, as he holds his hand over his face. 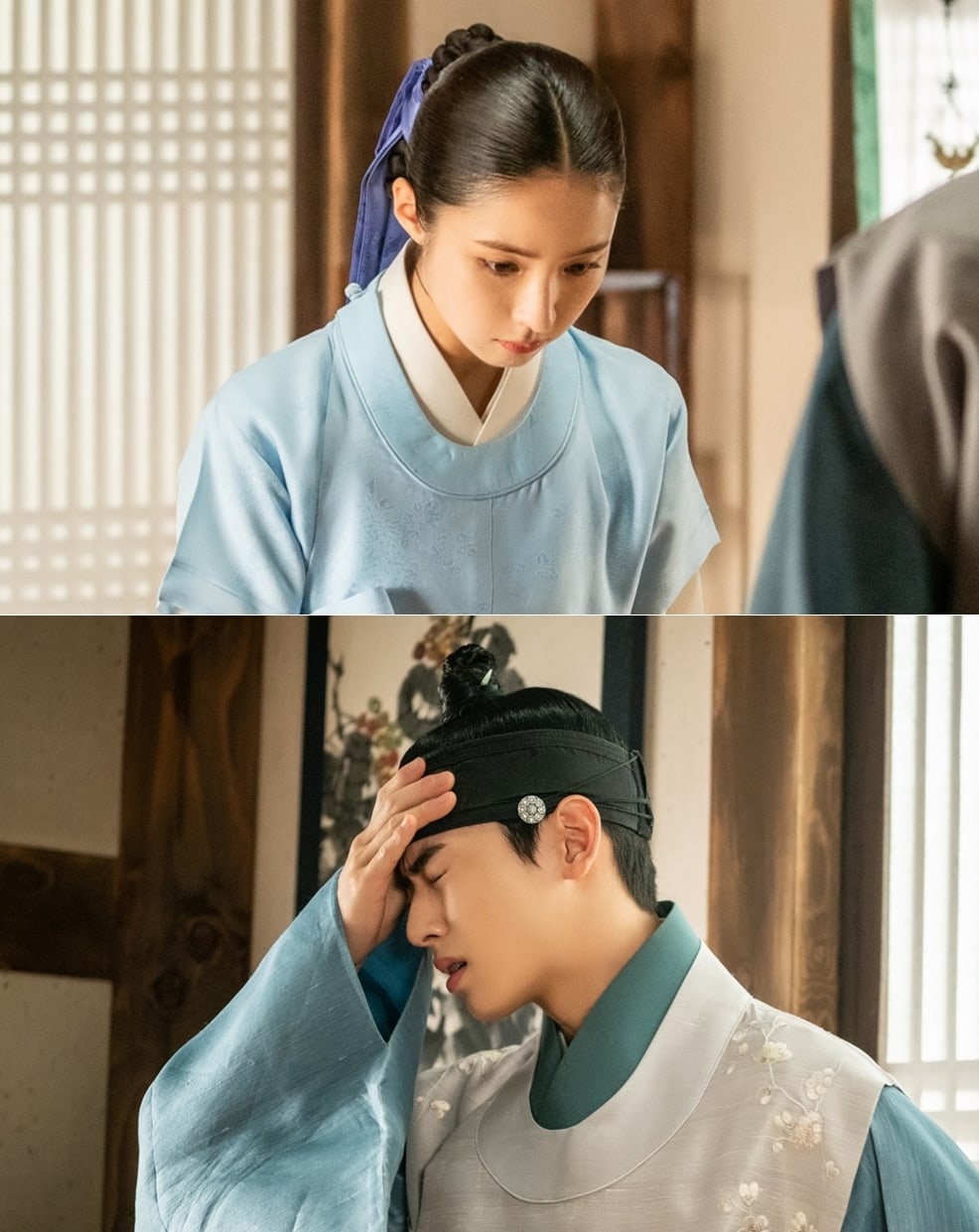 In last week’s episode, prince Yi Rim personally went to Pyongan Province where he vaccinated the civilians. Although he was initially against it, Hae Ryung, who accompanied him on his journey, helped change his mind from the perspective of a historian, but also as a fellow civilian of Joseon.

The stills appear to preview the pair’s blossoming relationship, as they return to the palace having grown even closer on their journey. The usually soft and clumsy Yi Rim’s intense gaze towards Hae Ryung is exciting viewers to find out what caused and broke off their concentrated eye contact.

A representative from the drama shared, “Following their journey to Pyongan Province, Hae Ryung and Yi Rim are growing closer. Using his experience as a former hit romance novelist, Yi Rim plans to intimately pursue Hae Ryung. Please check through the broadcast whether his actions are enough to make Hae Ryung’s heart flutter.”