On the August 12 episode of “Rumor Has It,” the cast talked about the recently confirmed star couple, TWICE’s Jihyo and Kang Daniel. 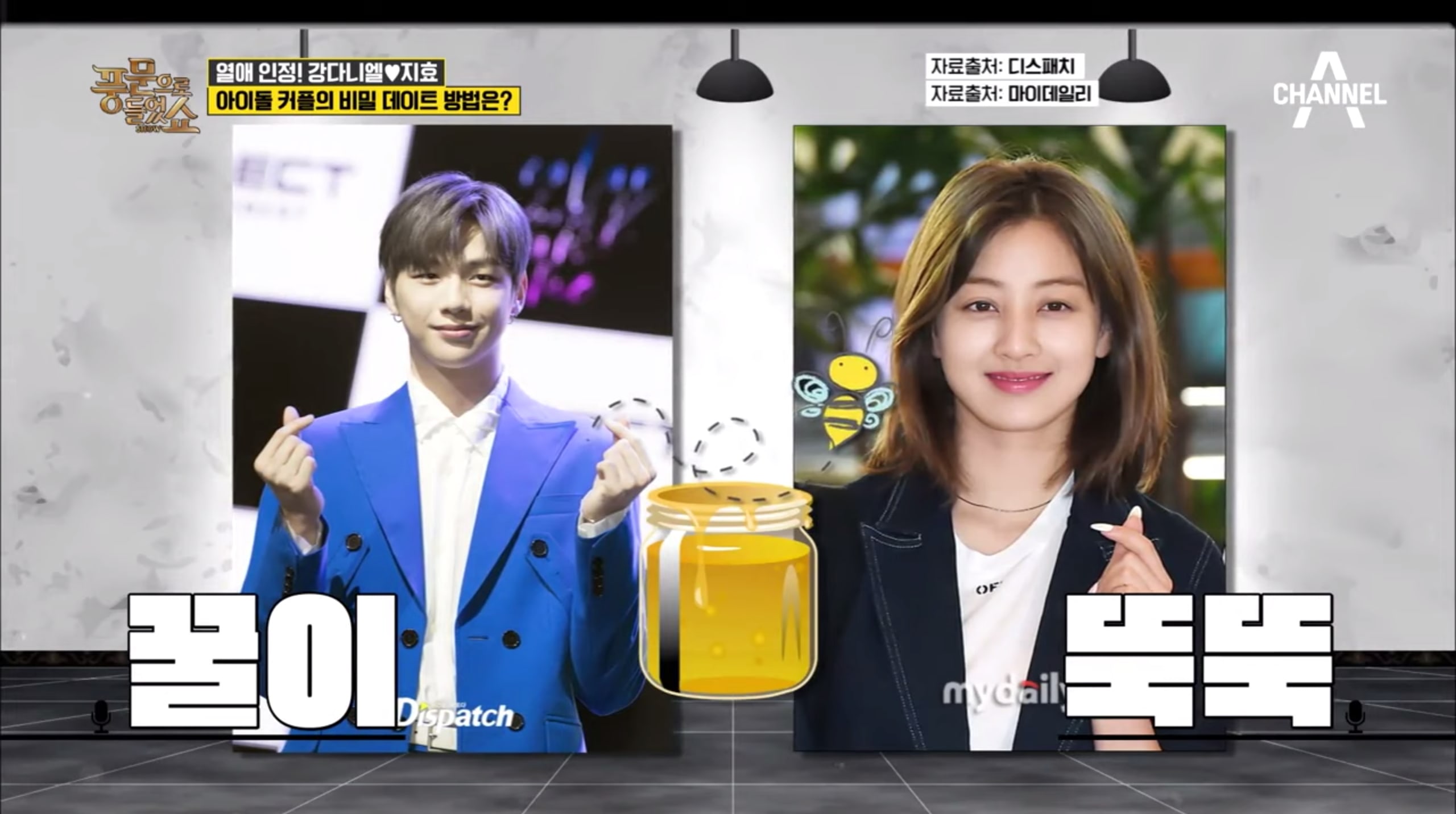 Reporter Kim Ji Hyun shared, “After only three hours of their initial dating reports, both sides officially confirmed their relationship, stating that they were currently meeting with interest in one another.” Sleepy added, “It was also revealed that they were introduced to one another by Im Seulong.” 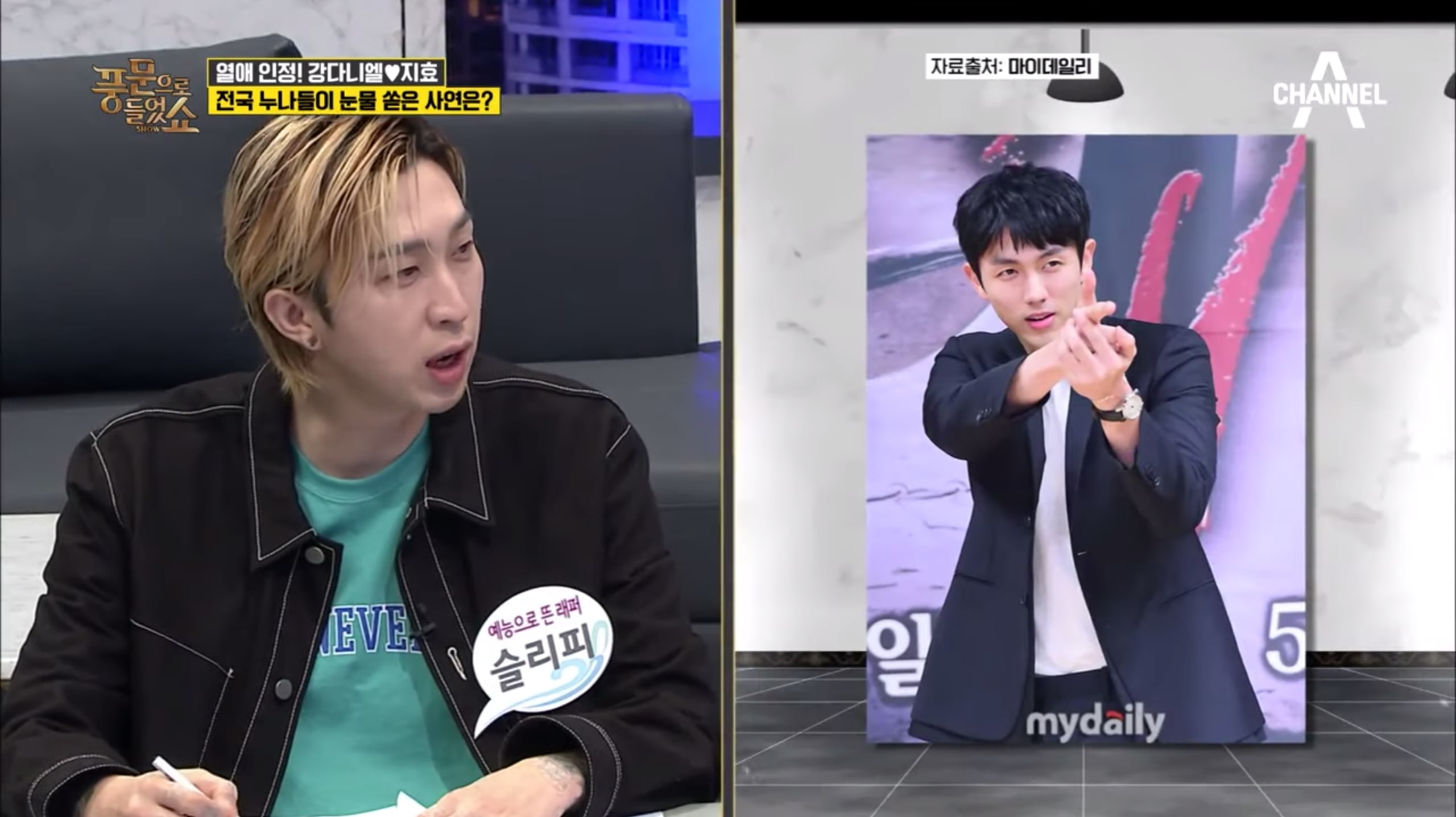 Regarding celebrities’ common private dating habits, Lady Jane revealed, “When they’re rookies, idols tend to enjoy dates at night in the mountains as if they are hiking, so no one can see them. Once they’ve been active for a couple of years and begin getting their own cars, they start to meet there and travel to the Han River. After they move out of their dorms and begin getting their own homes, they meet up comfortably there.” She added that Jihyo and Daniel frequently met up at Kang Daniel’s home in UN Village in the neighborhood of Hannam. The neighborhood is known for being very secure and housing many top celebrities including BIGBANG’s Taeyang and Min Hyo Rin, Lee Jong Suk, and Park Na Rae. 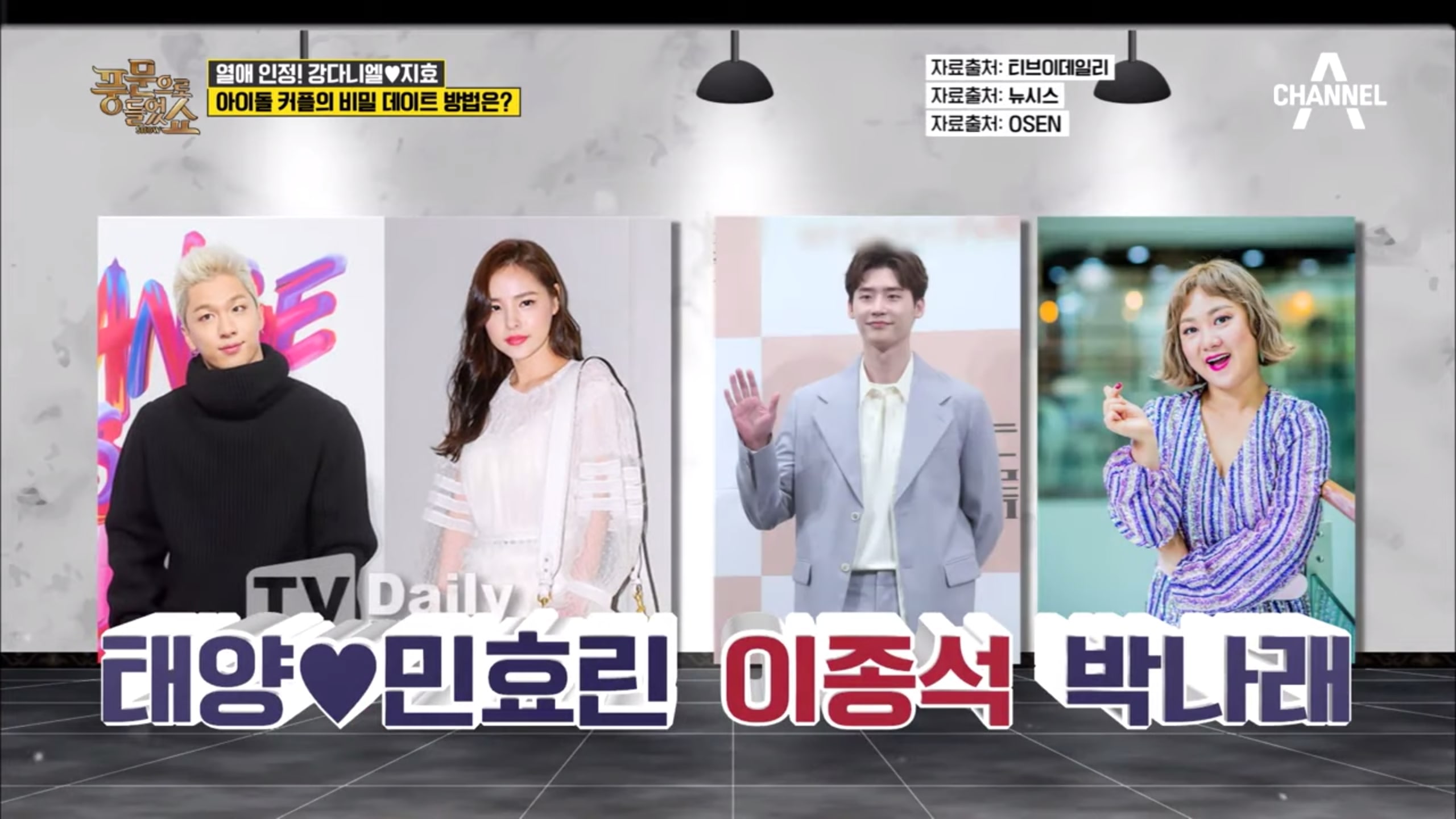 However, the cast members began to question whether the neighborhood was really secure, with Hong Suk Chun insisting that many of his celebrity friends had been caught dating from their homes. Kim Ji Hyun revealed, “Many celebrities may be misunderstanding this, but even though their neighborhood is secure, there are roads that lead to their underground parking lots. If you get caught entering there at a similar time, that becomes evidence. Even with Kang Daniel and Jihyo, rather than photos of them together, there were photos of them entering the same place separately.” 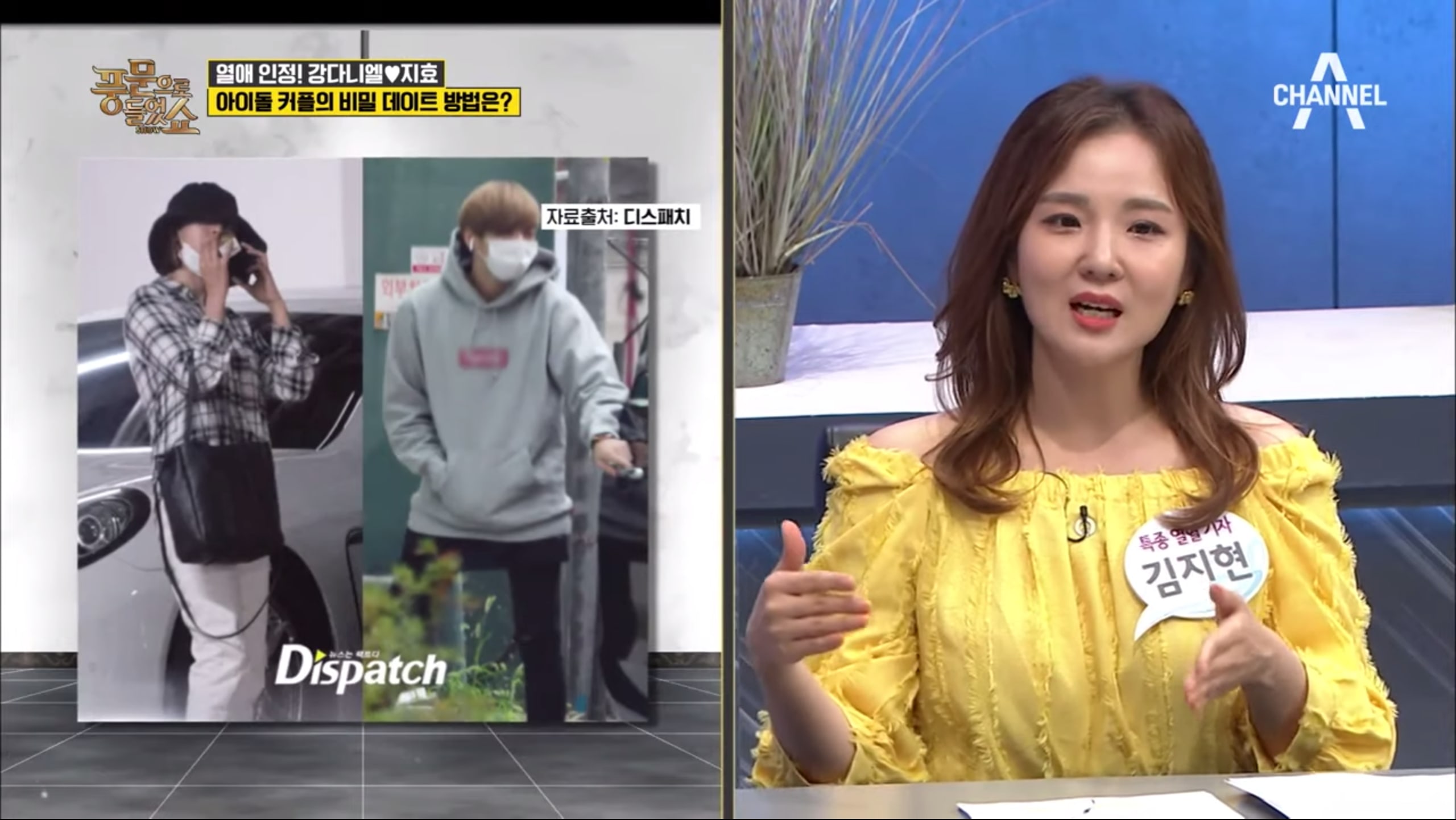 As the cast members expressed their curiosity on how dating news is reported, Kim Ji Hyun revealed, “Many people believe these celebrities are ambushed, but in most cases, we receive tips about the news. However, without photos, reports are often denied, so we only release news if we have thoroughly confirmed it.”

TWICE
Jihyo
Kang Daniel
Rumor Has It
How does this article make you feel?