During the program, DJ Kim Shin Young said, “It was Girls’ Generation’s 12th debut anniversary a while ago. I saw on social media that you guys got together to have a party.” Hyoyeon responded, “It’s not easy for the members to get together, but I thought we should at least blow out candles. We decided to reunite with a glamorous concept for our dress code, but I didn’t really check our group chat. I went after checking just the location, but they all backed out on the concept idea. If you look at the photo, I’m the only one who looks fancy. Everyone else is wearing comfortable clothes.”

Hyoyeon continued, “I took four sets of clothes, but they cancelled the plans [for the concept] because they thought that it’d be a hassle. They decided to order their own delivery food instead. I brought the cake though. We rented a hotel room for our party.” 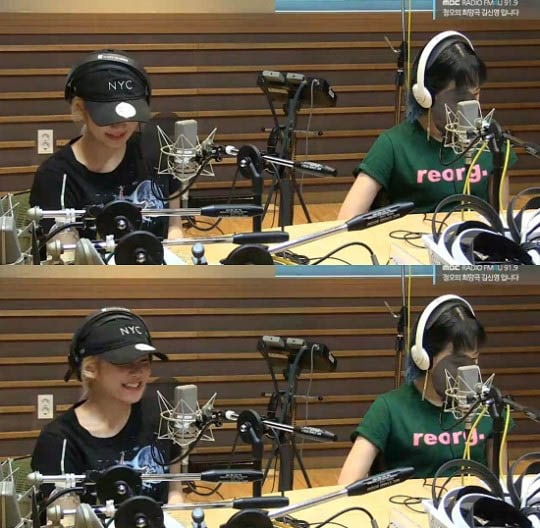 The Girls’ Generation member later picked Sunny as the slowest member to respond in their group chat. She remarked, “I don’t check the group chat very often either, but sometimes I have to check the number of participants in the group chat because it seems like Sunny’s not there.” DJ Kim Shin Young had the room laughing when she asked, “Isn’t Sunny practically a ghost at this point?”

Kim Shin Young added, “The ‘Invincible Youth’ team still has a group chat, and Sunny is the manager. She’s super talkative there.” Hyoyeon responded by saying, “I’ll have to put this in [our] group chat and kick her out,” causing everyone to laugh again.

When asked about who replies frequently in the group chat, Hyoyeon answered, “Everyone is like that. The funny thing is that in the past, YoonA and Yuri would post our videos and ask us to watch them.”

Girls’ Generation recently celebrated the 12th year since their debut on August 5. Check out photos from their celebration here!