On the August 14 episode of JTBC2’s “Today’s Fortune” (literal title), the MCs spoke with Sulli over the phone. Last week, the program showed a blind date between a woman who looks like Sulli and a man who was said to look like the Buddhist monk Bodhidharma.

Super Junior’s Shindong called Sulli to find out if she likes men who look like Bodhidharma. Sulli answered the phone and told the MC in a bright voice, “I’m drinking wine and eating half-dried herring.”

After hearing the reason for the phone call, Sulli said, “I think that if he looks like Bodhidharma, he must have a really good personality. But I don’t think I would date him now.” When the MCs asked, “Aren’t you the type to not care about appearances?” she replied, “I’m trying to because I didn’t before.”

She added, “I also need to care more about the age gap when dating a boyfriend. I’m trying to lessen the age gap. I think I need to go on a blind date on ‘Today’s Fortune.'” 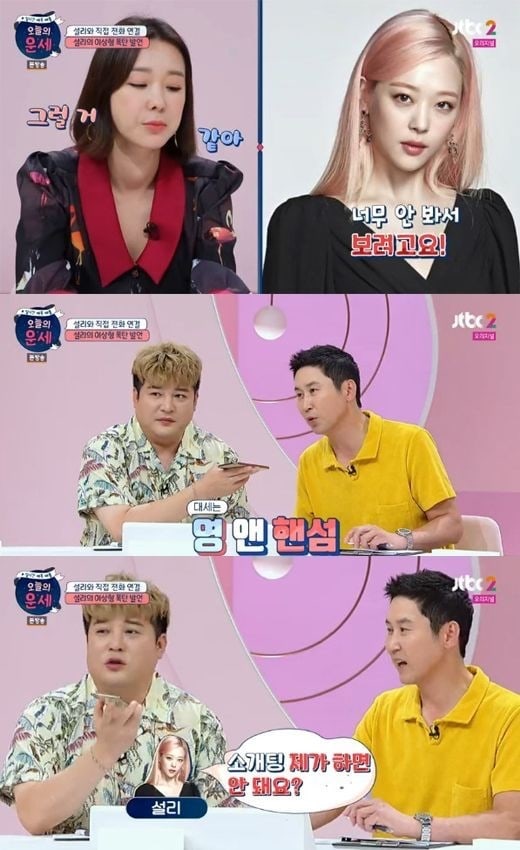