Previously, Lee Rim and Goo Hae Ryung wrapped up their business in Pyongan Province, and Goo Hae Ryung returned to her work as a historian. During their return, Goo Hae Ryung and Lee Rim had to spend the night together inside a Korean style pavilion due to the rain, bringing the two even closer together.

In the midst of their growing romance, new stills show Lee Rim expressing his jealousy after watching Min Woo Won and Goo Hae Ryung act affectionately towards one another.

In the pictures, Goo Hae Ryung is smiling brightly at Min Woo Won as she approaches him with a playful expression. Meanwhile, Min Woo Won is looking at Goo Hae Ryung gently unlike his usual brusque manner. The two show how they’ve grown closer as they continue to knock down the formalities that are a barrier in their relationship. 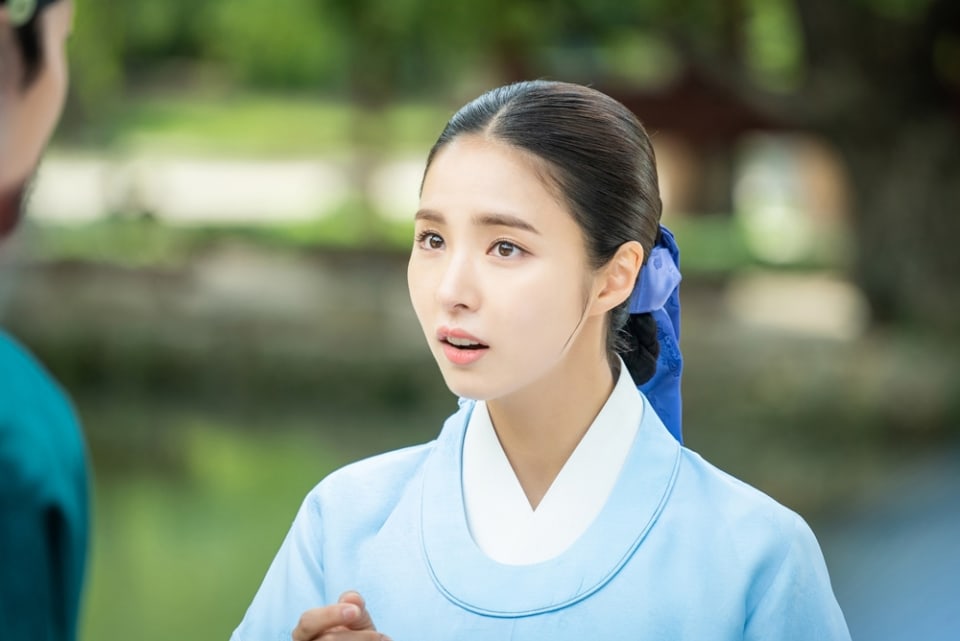 Meanwhile, Lee Rim appears to have run over at the sight of Goo Hae Ryung and Min Woo Won together. Accompanied by Heo Sam Bo (Sung Ji Ru) and the court attendants, Lee Rim is filled with jealousy as he looks at Min Woo Won with a warning expression. Viewers are curious to find out what conversation the three are sharing during their awkward and tense encounter. 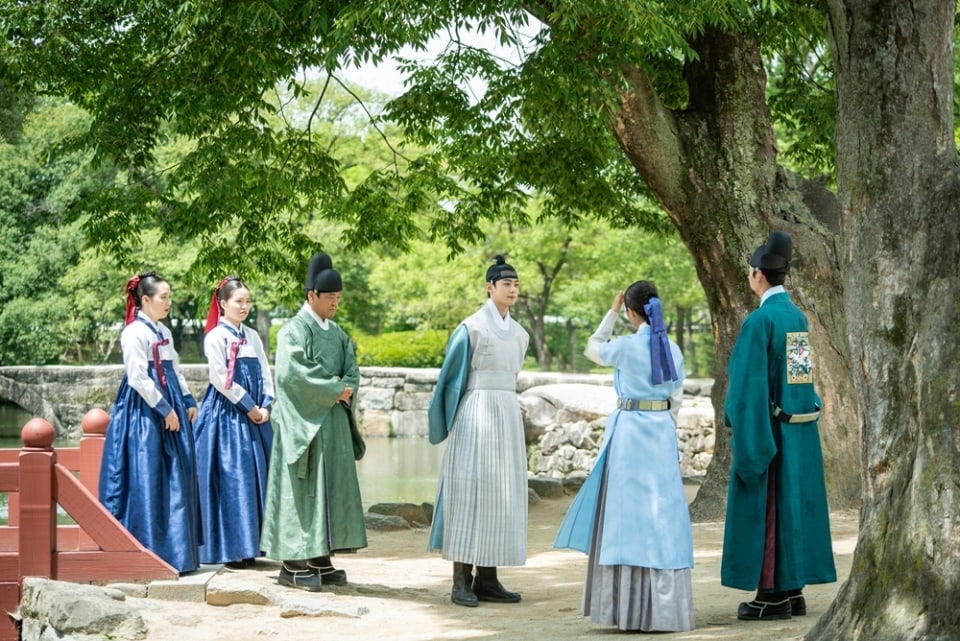 The production team shared, “Lee Rim will express his jealousy after witnessing Hae Ryung and Woo Won act affectionately to one another. Please watch with interest to find out what effect jealousy will have on Hae Ryung and Lee Rim’s romance.”