On the August 15 episode of “Happy Together,” Kim Go Eun dished on the friendship between the cast members of tvN’s hit drama “Goblin”!

Kim Go Eun appeared on the talk show along with her co-stars from the film “Tune in for Love”: Jung Hae In, Kim Kook Hee, and Jung Yoo Jin. When mentioning how she knows “Happy Together” MC Jo Se Ho, Kim Go Eun also talked about the “Goblin” cast.

“I was contacted by Gong Yoo and Lee Dong Wook who suggested we have a drink together for the first time in a while,” she said. “I was on my way to see a friend so I stopped by for a bit, and Jo Se Ho was there.”

She shared that she’s still close with the “Goblin” cast members and added that she also often goes over to Yoo In Na‘s home.

The hosts asked her about a comment made that the “Goblin” cast had a “show window” friendship, meaning they were pretending to be close for appearances.

“The senior actors in the ‘Goblin’ team have a similar way of joking around,” she explained. “So if I were eating, someone would walk by going, ‘You’re eating again?!'” she said with a laugh. “They’re really mischievous and like to joke. But if I were eating and they’d come by and go ‘Is it good? Eat a lot,’ then I’d think ‘Oh this is for a making-of.'” 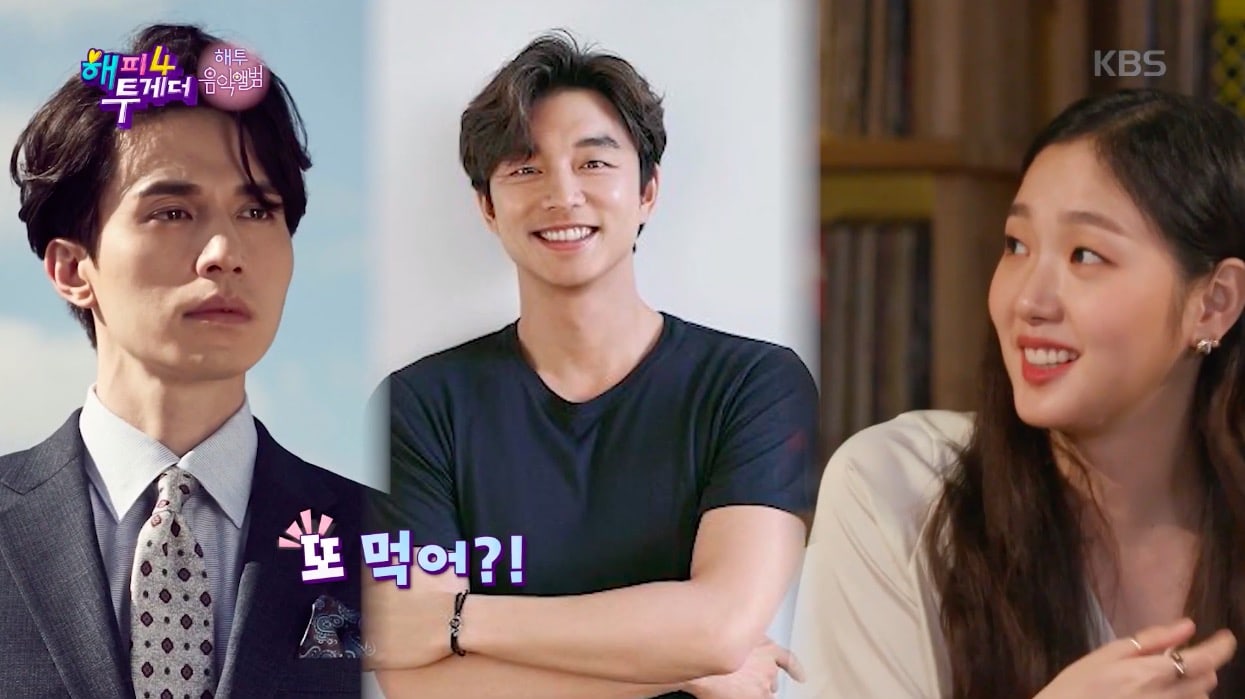 She laughed and reenacted how they’d come over and fan her and ask if she was hot. Since she knew it was for the camera, so she’d put on a big smile and say, “I’m okay.” When asked how she’d react with no camera around, she said she’d say something like, “Of course I’m hot. Would I be cold in the summer?” 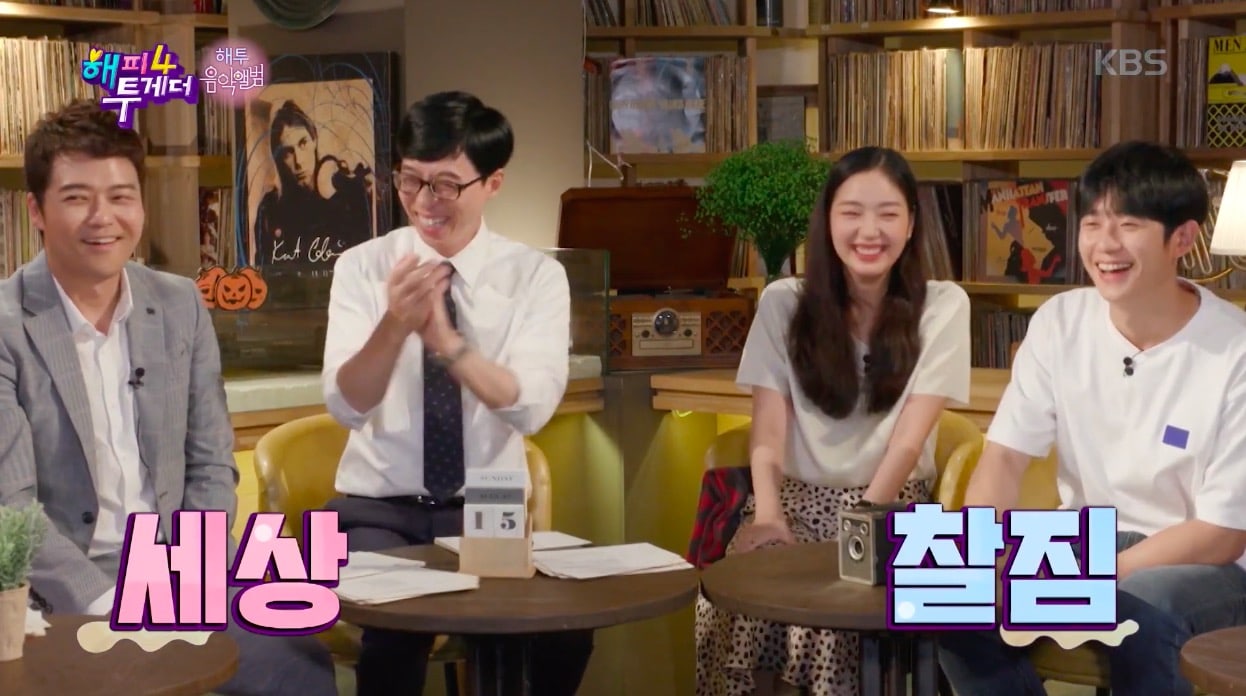 Jung Hae In also appeared in “Goblin” as Kim Go Eun’s crush. Jung Hae In said, “I was really grateful to her then. Go Eun was filming a lot of scenes so she was really busy, and I was just appearing briefly. Go Eun must have been tired, but she took good care of me. She took care of all the staff as well. Also when we parted, she said to me, ‘If we have the chance next time, I’ll see you on set.’ Those words were really great for me and gave me strength.”

Kim Go Eun and Jung Hae In’s chemistry was so good that it even made Gong Yoo a bit envious. Kim Go Eun said, “The staff members teased Gong Yoo by telling him that I smiled the brightest when I was filming with Jung Hae In,” she said. “Gong Yoo said to me, ‘They say that you showed your all time best smile?”

Enjoy “Goblin” from the beginning below!

Jung Hae In
Happy Together
Kim Go Eun
Goblin
How does this article make you feel?