Kim Go Eun and Jung Hae In spoke about how they became actors.

On the August 15 episode of KBS 2TV’s “Happy Together,” the cast was joined by guests Kim Go Eun, Jung Hae In, Kim Kook Hee, and Jung Yoo Jin, who all appear in the film “Tune in for Love.”

While talking about how they got their start, Jung Hae In said, “I think it began when I received a business card in front of an ice cream store. I wasn’t that good at studying at the time, and I think I needed another outlet. I persuaded my parents and auditioned. It was refreshing and shocking that I was expressing something that was written in words. I developed an interest and began doing it.”

When the MC asked about his original plan of going to college to study biotechnology, the actor said, “Yes. I was going to study that and then completely changed course. I had really good luck. I got destroyed when I went to college because my friends had consistently prepared since middle and high school. I realized that I had gotten in with pure luck. Since then, I realized that I would fall behind if I didn’t practice harder since I lacked in skills.”

About his biggest “deviation” during his school years, Jung Hae In revealed, “I suddenly changed career paths, and my parents didn’t view that favorably. But they came to see me perform at school and brought flowers. They were teary and said, ‘You were really great. You can continue doing it.'” 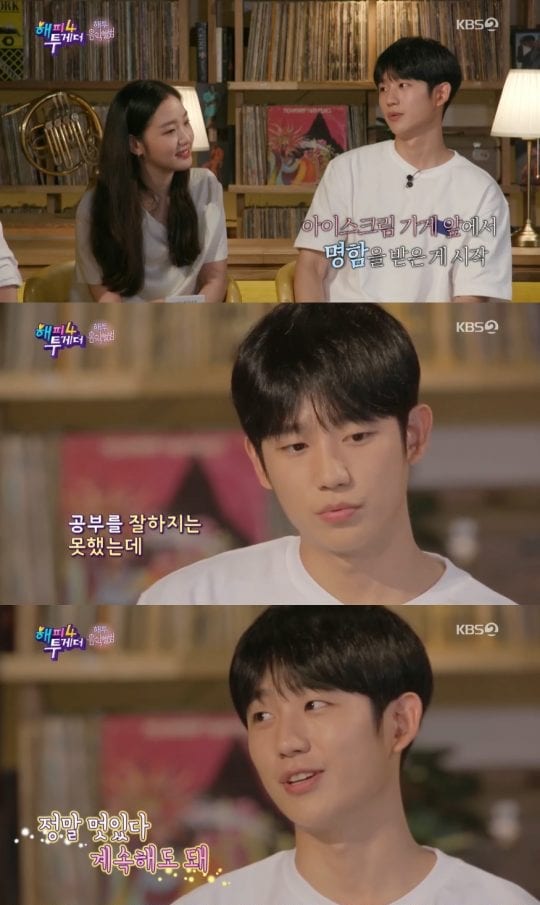 Jung Hae In made his debut at age 26, which some may consider older for the industry. “I joined an agency and debuted after completing my military service and college education,” explained the actor. “Most people join society at the age of 26 and 27, and I didn’t think it was late since I think of acting as a job.”

Kim Go Eun also shared the story behind her debut. “I watched movies since I was young with my dad who was crazy about films,” said the actress. “I thought that I also wanted to produce films like this, but didn’t even dream about being an actor because I had such a shy personality.” She explained that she decided to take the path of acting at the recommendation of a teacher in high school. 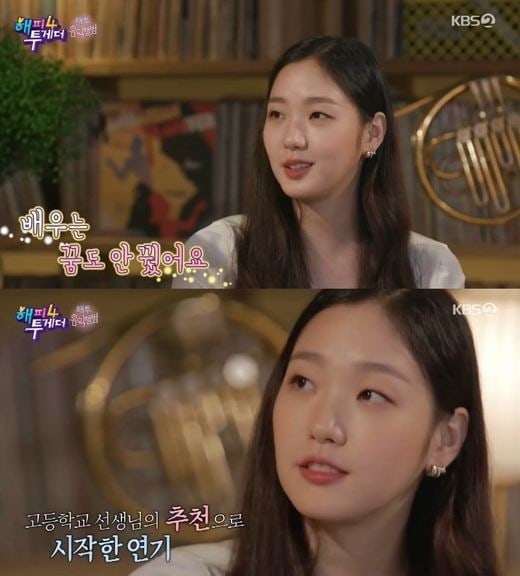 Watch “Happy Together” with English subtitles below:

Jung Hae In
Happy Together
Kim Go Eun
How does this article make you feel?