“Flower Crew: Joseon Marriage Agency” will tell the story of a king (Seo Ji Hoon) who makes a request to Joseon’s best dating agency Flower Crew to protect his first love. Upon his request, the matchmakers at the agency risk their own lives to transform the lowly woman Gae Ddong (Gong Seung Yeon) into the noblest woman.

In the clip, a “scholar” reveals that he discovered the Flower Crew through a flier in a warehouse. After introducing the Flower Crew as the center of marriage brokers in Joseon, Ma Hoon (Kim Min Jae) appears to say that the organization is the best in Joseon for matchmaking, as they consider the other person’s family, education, personality, and compatibility.

Go Young Soo (Park Ji Hoon) confidently says, “I think [we’re] the best because I’m here—Joseon’s best image consultant.” He then comments, “If you come to the Flower Crew, we’ll have you saved in your love interests’ hearts!” referencing his popular “Jeojang” gesture from his “Produce 101 Season 2” days. 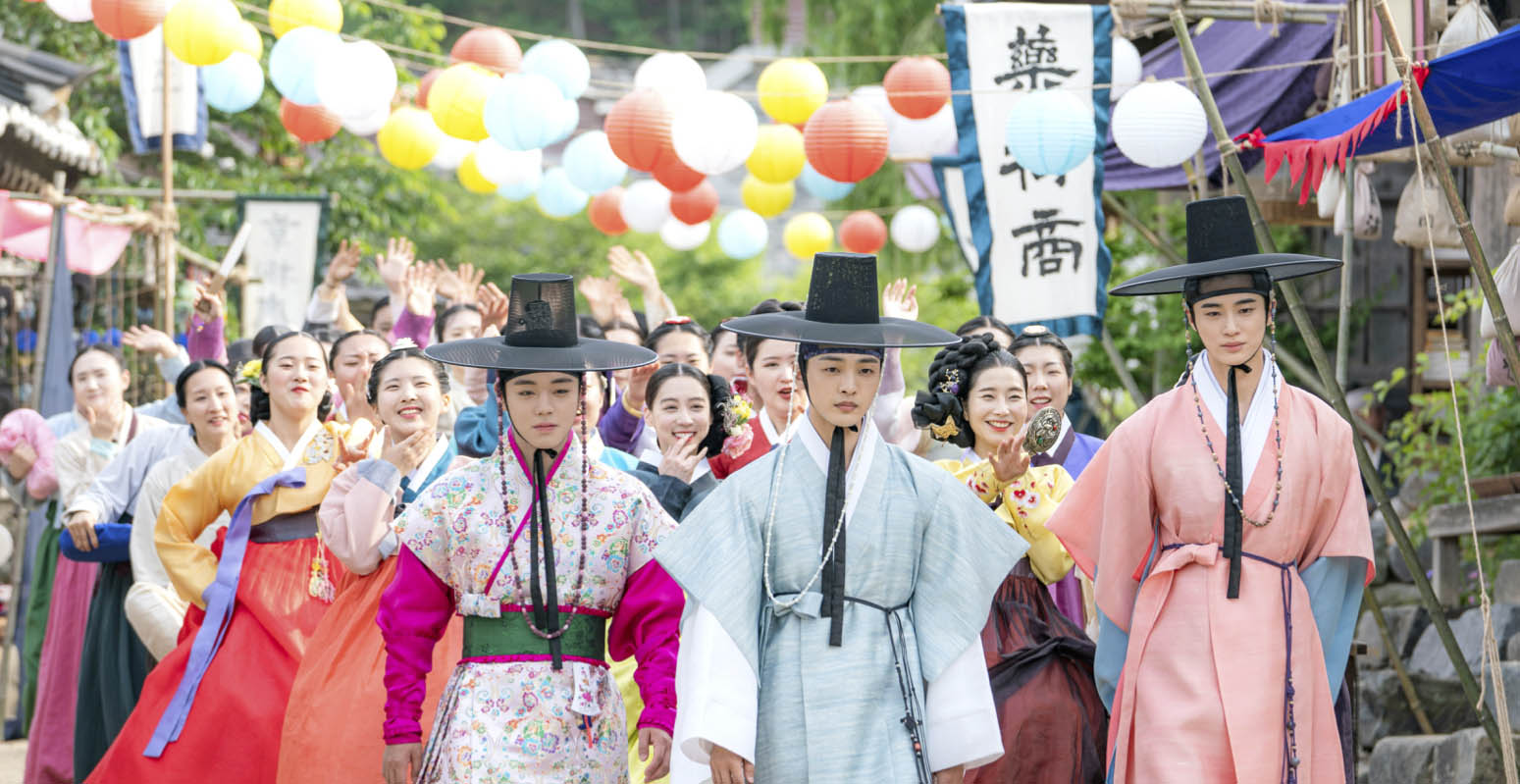 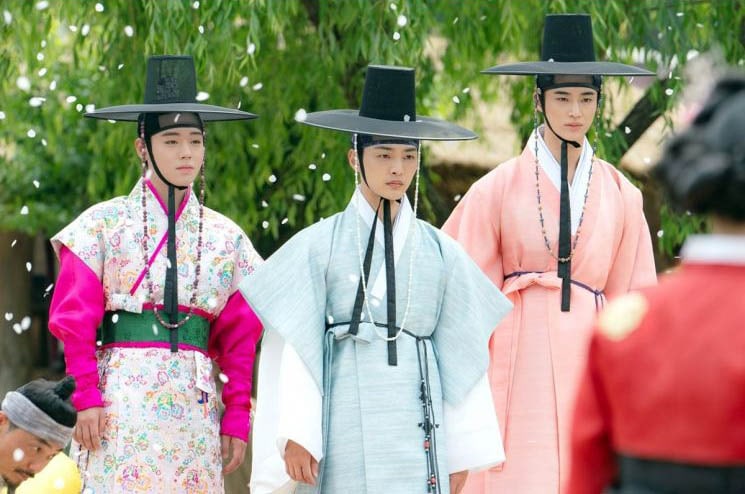 The Hanyang people consider them a “crew of male matchmakers lovelier than flowers,” and this is further emphasized by the image of flower petals falling on the trio as they strut down the street.