Sulli is one of the fixed cast members on “Night of Hate Comments,” which features celebrities discussing and responding honestly to malicious comments made about them.

During the August 16 episode, John Park said, “Personally, I think that Sulli is an amazing person. I want to ask her if she has to work at not caring what other people think of her.” 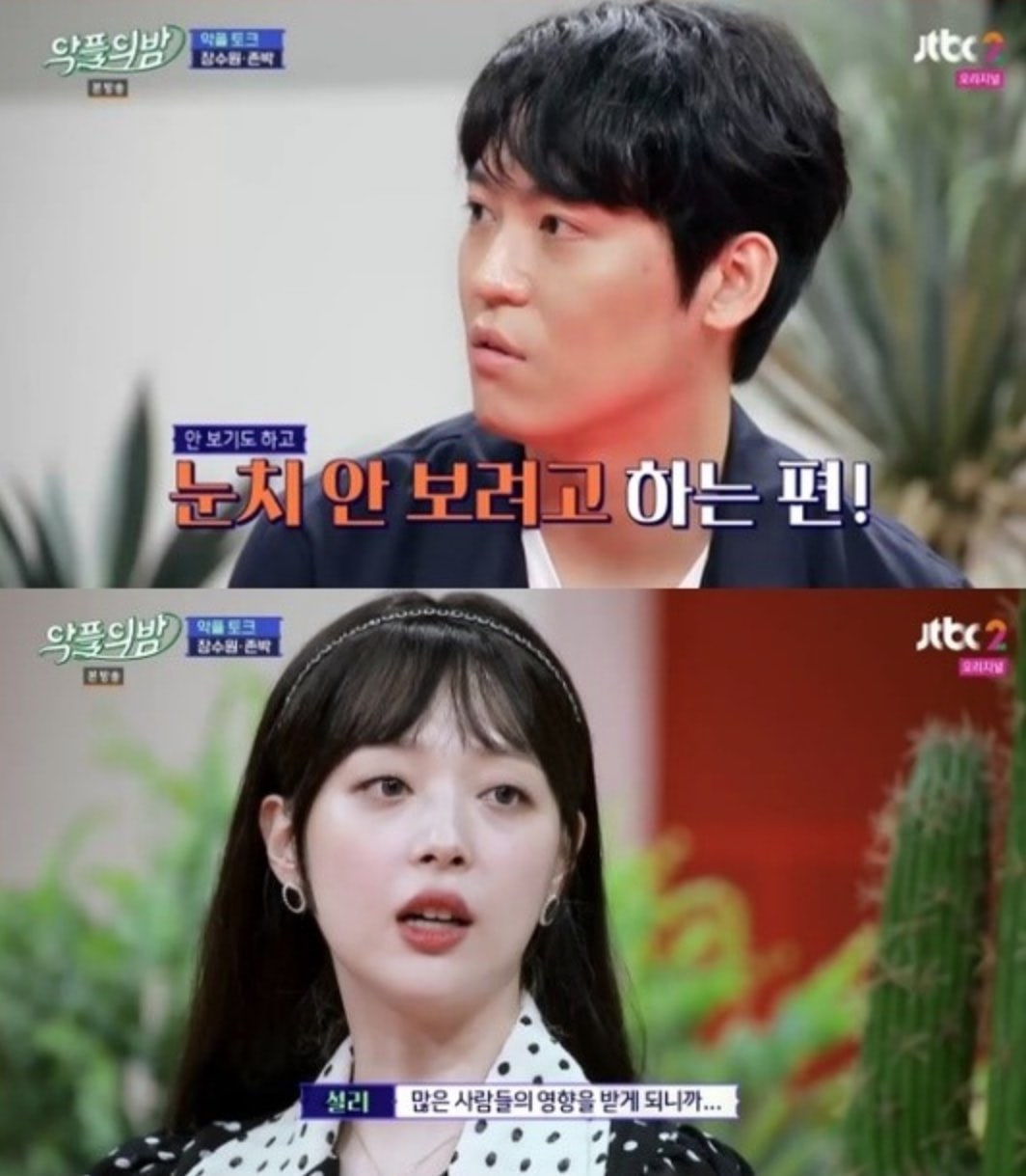 Sulli said, “I think that if I worry too much about what other people think of me, then it will be too difficult to find my own self. Because I would get influenced by everyone. I do work at it, but ever since I was young, I hated seeing myself obsess about what others thought of me.”

She continued, “Years ago, I was practicing dance in the practice room. It was so tiring that everyone began dancing half-heartedly. But then someone who was high up in the company came to the room to watch. Everyone started working really hard. Even though just a few minutes ago, they were just going through the motions, they suddenly started working hard. I hated seeing that. So I kept dancing half-heartedly.” 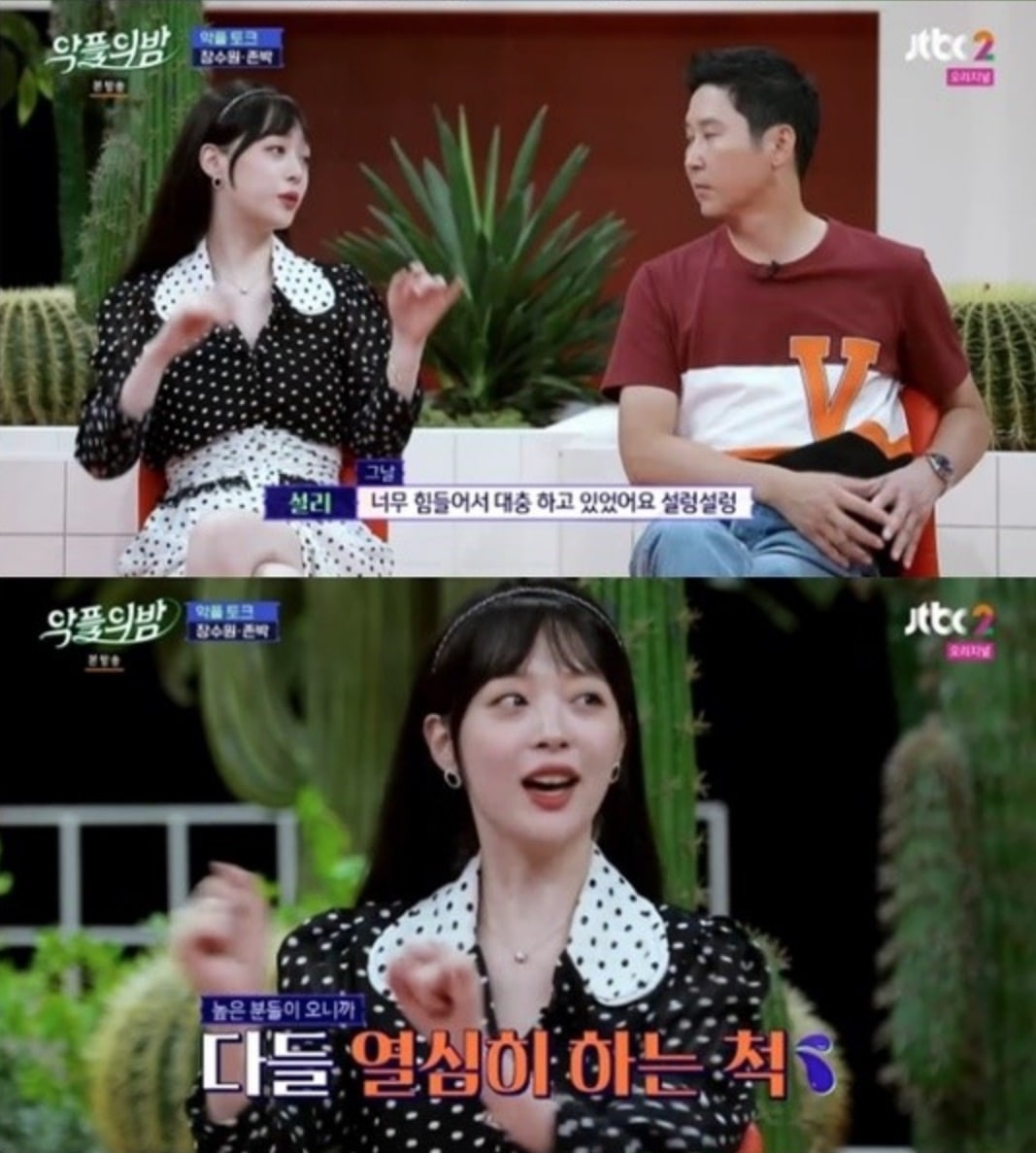 “Night of Hate Comments” airs on Fridays and will be coming to Viki.