Park Shin Hye discussed her 16-year career as an actress and her philanthropy in an interview on the August 16 episode of KBS 2TV’s “Entertainment Weekly.”

When the interviewer praised her youthful beauty as they looked at photos from her past works, Park Shin Hye said, “I think that I actually looked older when I was younger. I didn’t think that I’d be able to appear in so many projects.”

Speaking on whether or not she had faced slumps during her career, she replied, “The interesting thing is, I suffer from a migraine for about a month when deciding on and preparing for a project. I guess I feel stressed while preparing. I also feel tired, nervous, and anxious. But it’s interesting because the migraine goes away when I go on set.” 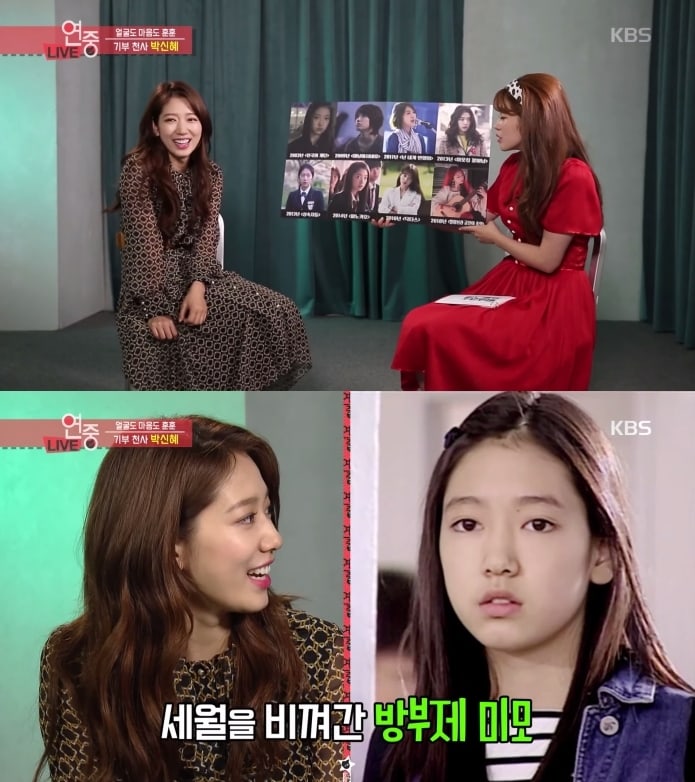 Park Shin Hye has shown off great chemistry with many handsome actors such as Yoo Yeon Seok in the film “The Royal Tailor,” Kim Rae Won in “Doctors,” and Hyun Bin in “Memories of the Alhambra.” Revealing the secret behind their excellent chemistry, she said, “We work on our lines together a lot on set and naturally harmonize after working together.” 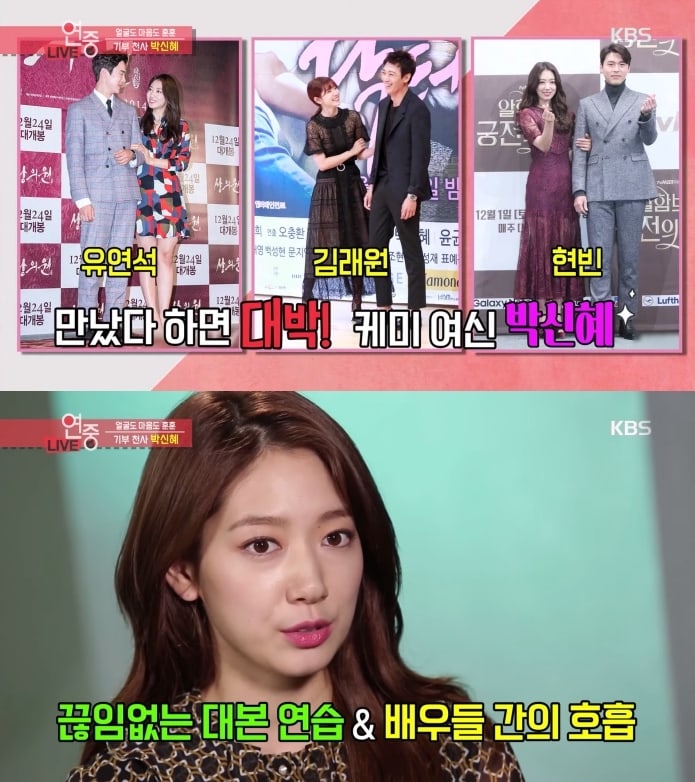 The actress is also well-known for her philanthropic work, including the Shinhye Center which opened in Africa and the Philippines. “While sponsoring the one-on-one child support program in order to help the children in need in those areas, my fans also supported the one-on-one child support programs in their local areas and the scale slowly became bigger,” said Park Shin Hye. “So I donated the profits from my fan meeting and opened a center. I think that my fans are more amazing than I am.”

Park Shin Hye also made headlines when she donated laundry machines to firefighters. She explained, “I once read about the hard work of firefighters and I wondered if there was a way to help them. Once I heard that a [fire suit] laundry machine was being released from [LG], I asked for their participation and we donated. They responded by saying that they’d be happy to help out for a good cause. [LG] donated 20 each of the fire suit laundry machines and dryers.” 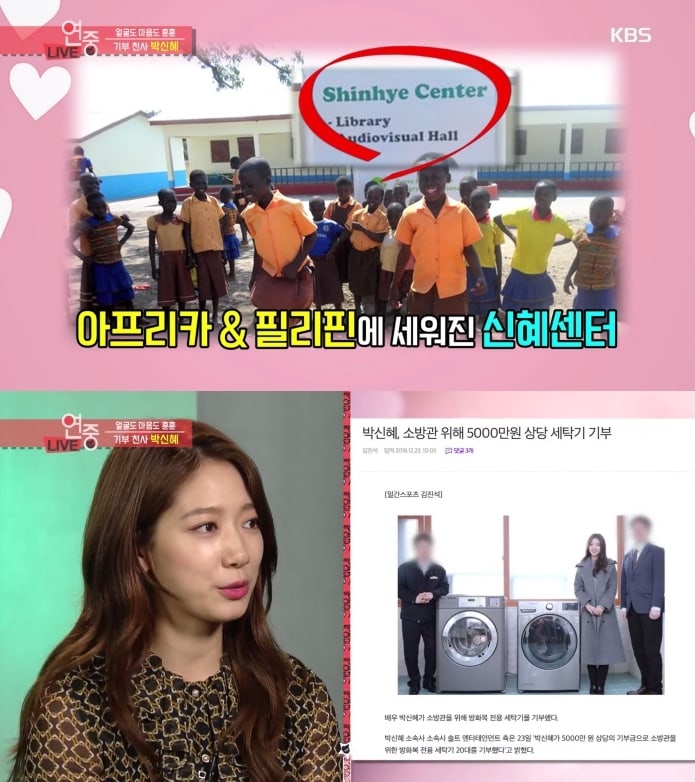 Park Shin Hye
Entertainment Weekly
How does this article make you feel?