On the August 16 broadcast of MBC’s “I Live Alone,” actor Sung Hoon adopted a new puppy!

The pup, named Yanghee, had been sick and awaiting euthanasia at a dog shelter when Sung Hoon decided to foster her. As his time fostering Yanghee came to an end, there was someone who expressed interest in adopting, so Sung Hoon wrote a long message to the new parent on what they should know about Yanghee. However, the person decided not to adopt in the end, saying that they wanted a more healthy pet. 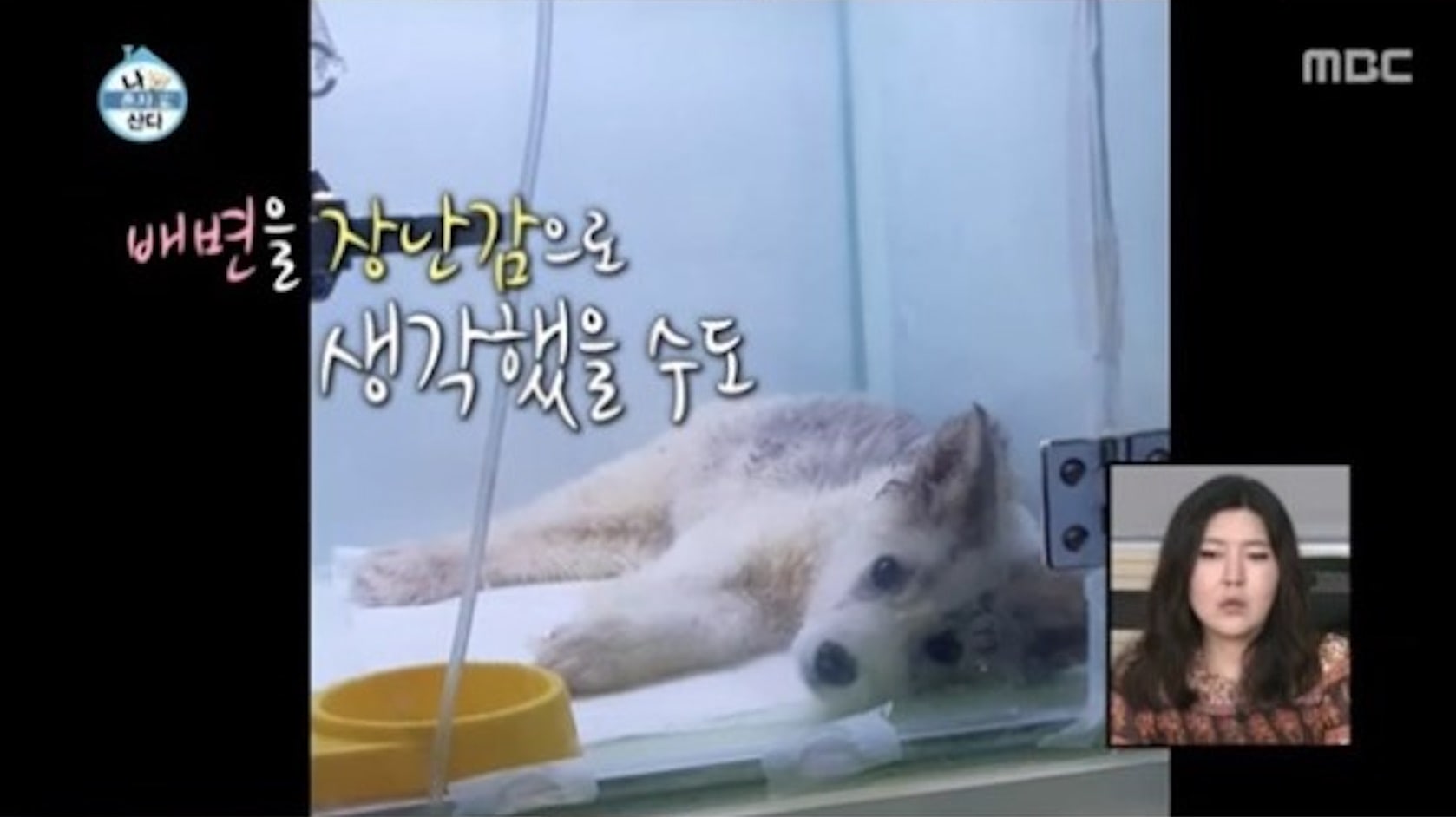 At that moment, Sung Hoon decided that he would adopt Yanghee himself. After visiting a vet, the actor found that in Yanghee’s time with him, her weight had increased, and the symptoms she had been experiencing had vastly improved.

The doctor, who had initially expressed concern when Sung Hoon said he would foster Yanghee because she was in such poor health, praised Sung Hoon, saying, “He’s so, so kind.”

Sung Hoon said, “Rather than saying that people should adopt pets, if they make it so that there are fewer abandoned animals, there would be no need for euthanasia. I’d like it if people wouldn’t abandon [pets].” 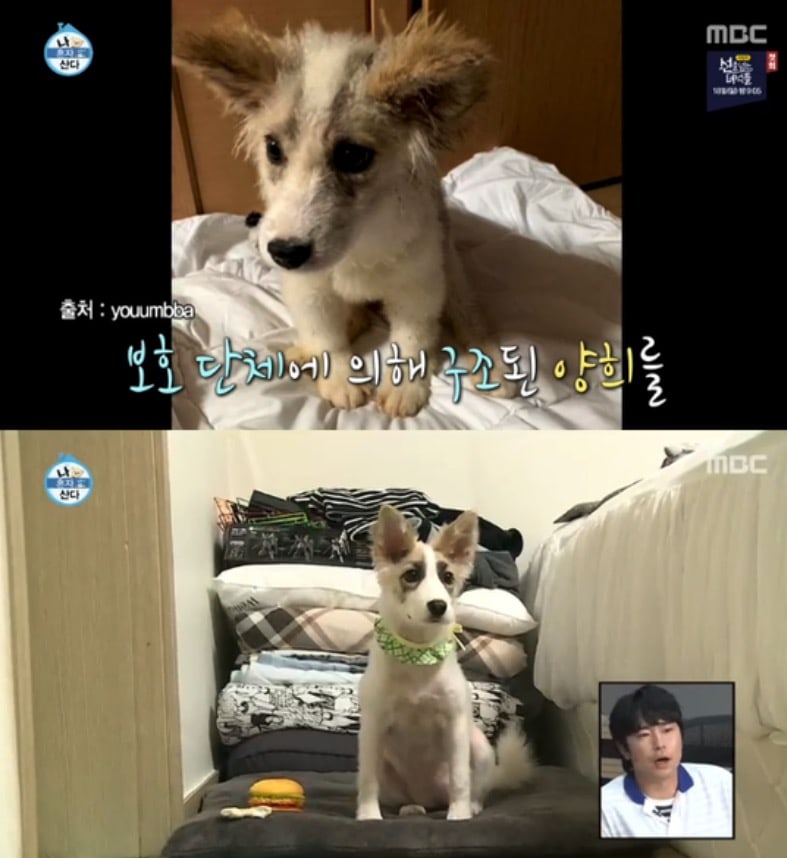 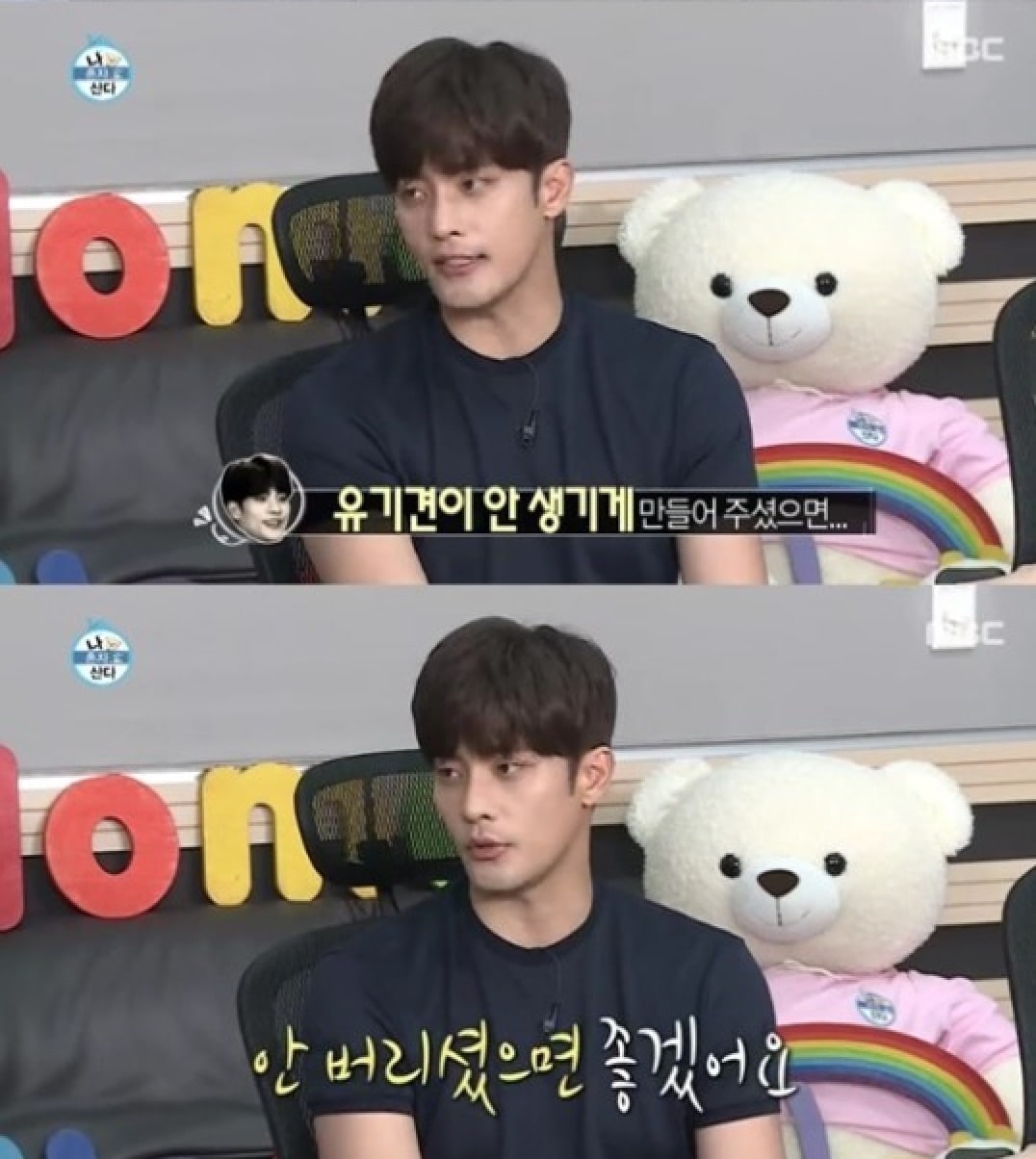