“Little Forest” follows follows Lee Seo Jin, Lee Seung Gi, Park Na Rae, and Jung So Min as they open a children’s home in Gangwon Province. In the first two episodes, the cast met the children they’ll be taking care of for the first time and here are the ways they captured viewers’ hearts with special moments!

Lee Seo Jin: The birth of a so sweet uncle!

Lee Seo Jin is transforming from his signature tsundere personality to a “So sweet guy.” His moment with Brook is considered the highlight of the first episode and real-time ratings shot up to 9.9 percent, making it the best moment of the episode. When Brook said she wanted to eat tangerines, he peeled the tangerines for her and his sweet voice and expressions as he bonded with her raised anticipation for “Sweet Seo Jin” moments in the future.

Lee Seung Gi: Not the perfect uncle, but he always does his best

Lee Seung Gi has been stealing hearts as the “perfect care guy” who may not be the best at everything, but always does his best. He is kind to all of the children and takes his responsibilities seriously as he said, “We can’t use bad words in front of the kids.” Whenever a situation arises, he faces it head on and reacts quickly. The show has teased that Lee Seung Gi will help build a “Lee Seung Gi-style treehouse,” showing his affection for the show and the children. 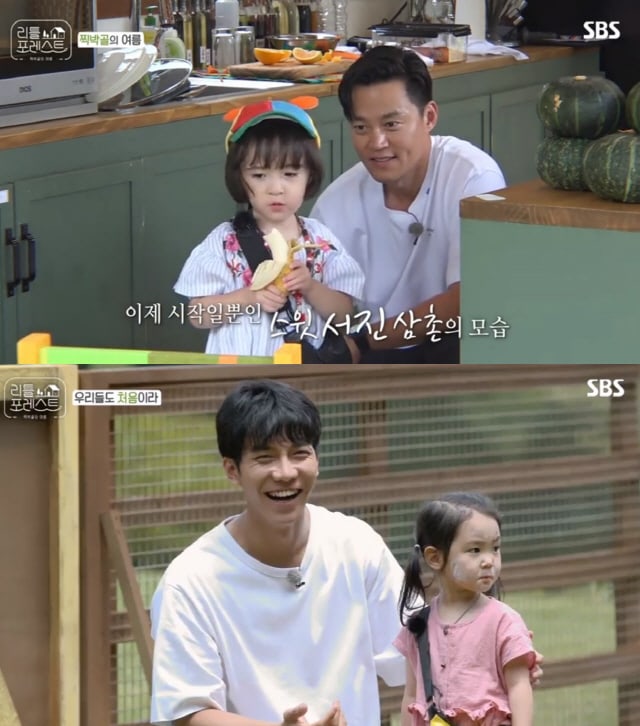 Park Na Rae: All-rounder aunt who can even make dinosaurs come to life

Park Na Rae is excelling as the mood maker of the children’s daycare. Though she has appeared in many variety shows, this is her first time appearing in one with children, so Park Na Rae is showing a side of her that feels both familiar and new at the same time. Though she still feels a little awkward around the children, she has been making an effort to win their hearts. She delighted Lee Hyun, who loves dinosaurs, when she mimicked a dinosaur in a way that felt realistic.

Jung So Min: Popular aunt even the kids love

Despite this being her first time on a variety show, Jung So Min is making her mark as the popular aunt. She is comfortable around children as she volunteers at childcare centers in her free time, so she never gets fazed as she watches over the children under her care. Out of the cast members, she is able to understand the children’s needs the most, and she is able to communicate with them well. 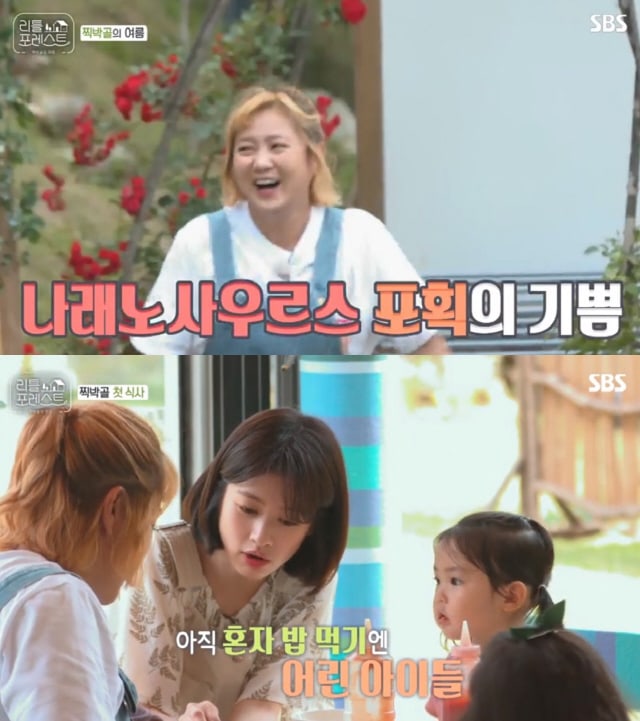 As each cast member’s characters develop with the show, the upcoming episodes will continue to follow the children as they form friendships and grow together. The show airs every Monday and Tuesday at 10 p.m. KST. Check it out below!