Song Ji Hyo impressed the staff of SBS’s “Running Man” with her frugality!

During filming for the upcoming episode of the variety show, one of the missions required each of the “Running Man” members to travel to their next filming location using a set amount of money loaned to them by the production staff. At the time, the temperature outdoors exceeded 36 degrees Celsius (approximately 96.8 degrees Fahrenheit)—and faced with the sweltering heat of summer, the other cast members opted to travel by taxi.

Song Ji Hyo, however, caught the staff off guard with her fierce determination to spend as little money as possible. In order to save her money for the win, the actress surprised the crew by walking the long distance to the next filming location on foot, in spite of the summer heat and the fact that she had a long way to go.

Later on, Song Ji Hyo used some of the money she’d saved to treat the staff members who had walked with her to some iced coffee—but even then, she cracked everyone up with her thrifty suggestion that each cup of coffee could be shared by two people. 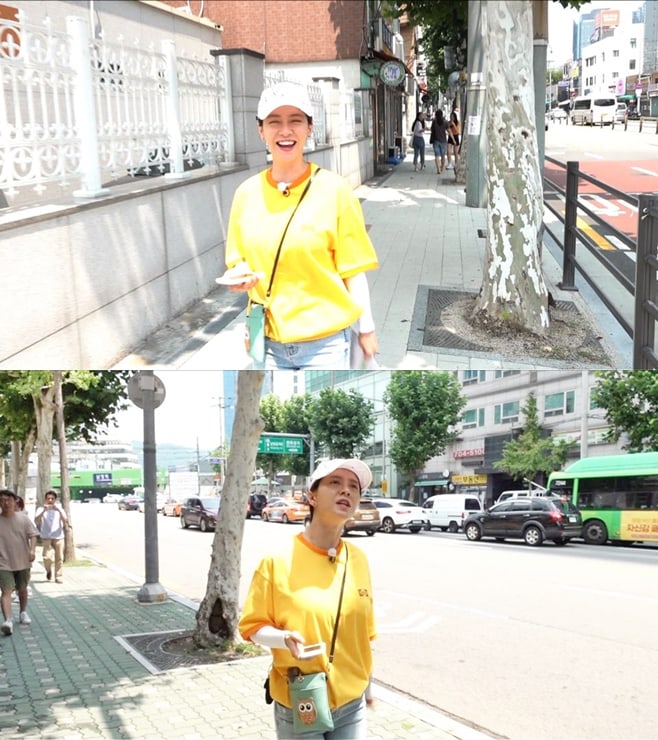 According to the “Running Man” staff, while Song Ji Hyo was braving the heat to save money, several other members failed to resist the temptation of the money they’d been loaned and even ended up grabbing a bite to eat.

To find out whether Song Ji Hyo’s penny-pinching paid off, catch this week’s episode of “Running Man” on August 18 at 5 p.m. KST!

In the meantime, you can catch up on the latest episode of the show with English subtitles here: