The previous episode had Jang Man Wol (played by IU) and Goo Chan Sung (played by Yeo Jin Goo) confirming their feelings for each other. They shared their greatest pains and became closer. Jang Man Wol said, “Don’t run away. Even if I disappear one day, stay by my side,” while Goo Chan Sung said, “No. I won’t let you disappear. Trust in me.” The two shared a warm embrace after confessing to each other.

The new stills show the couple sharing a whispered conversation as they begin a secret relationship, and it can be seen in their eyes, which are warmer and full of more affection than before. The change in the atmosphere is visible and they can both feel it too. 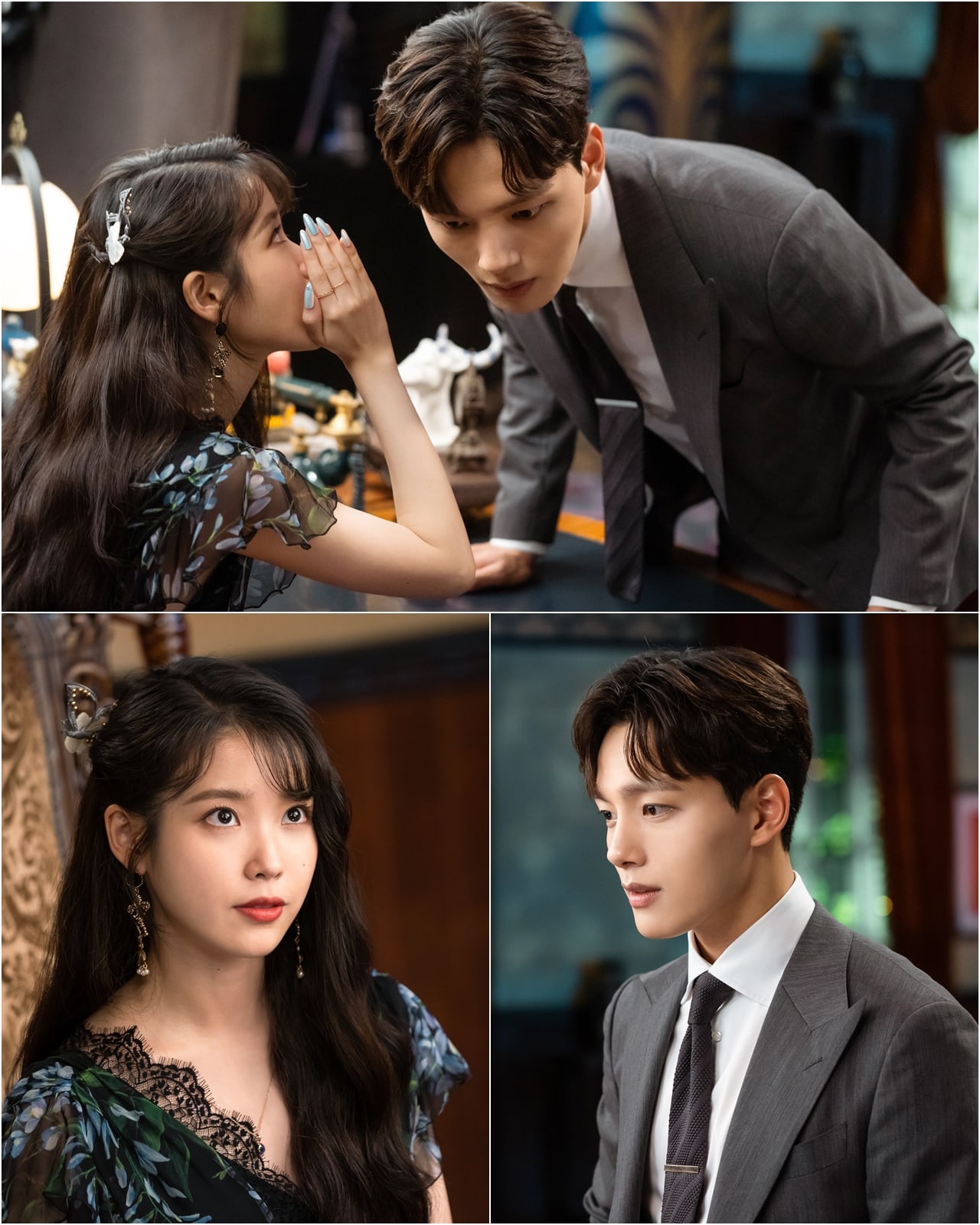 The production staff stated, “The romantic relationship between Man Wol and Chan Sung, which many have eagerly been waiting for, will finally begin. The pair give each other secret signals so the others don’t catch on, but love is like a sneeze that can’t be hidden, so it will be interesting to see if it can be kept a secret for long,” and “Actress Seo Eun Soo will be making a special cameo appearance in the upcoming episode as Veronica, the lover of Sanches (Cho Hyun Chul), so please anticipate it.”

The new step in Jang Man Wol and Goo Chan Sung’s relationship will be revealed in the upcoming episode, which will air on August 17 at 9 p.m. KST.