“Doctor John” is a medical drama about a group of anesthesiologists who seek the causes behind their patients’ mysterious chronic pain.

In the August 16 episode of “Doctor John,” Cha Yo Han (Ji Sung) experienced dizziness and temporary loss of eyesight. After losing consciousness, he had to be rescued by Kang Si Young (Lee Se Young).

In the teasers for the upcoming August 17 episode, however, Cha Yo Han and Kang Si Young meet up not in the hospital but at a public park. Seemingly alone in the park, they share a relaxed conversation, though at one point, Kang Si Young throws out her arm to protect Cha Yo Han from an unseen danger. Cha Yo Han looks down at her affectionately, charmed by her protective behavior. 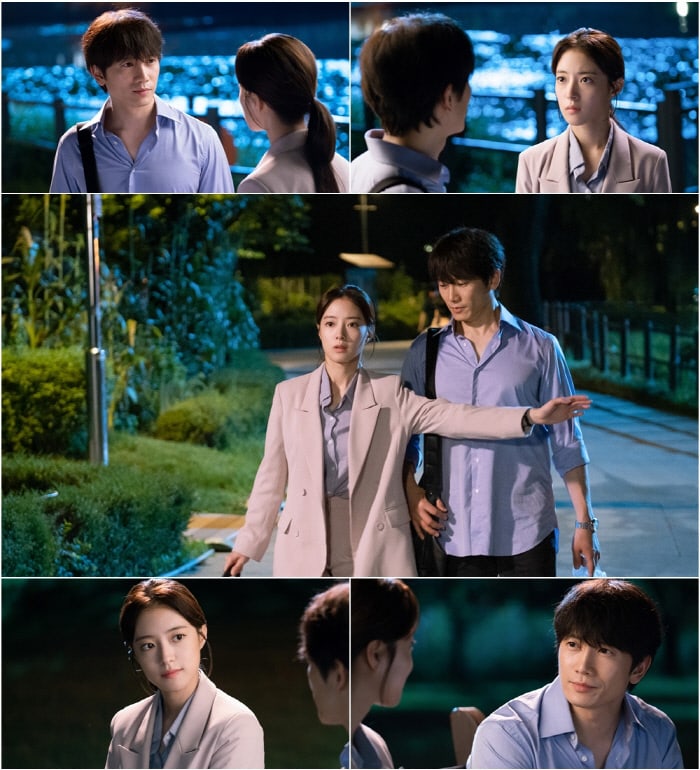 The scene was filmed in July at a park in the Yongsan neighborhood in Seoul. It was the first time in a while that Ji Sung and Lee Se Young had filmed outside and both expressed their excitement. However, they had to chase away the blistering summer heat with portable fans even while reviewing the script. They made small talk on the bench before the cameras started rolling and got into character right away.

The production staff of “Doctor John” stated, “Ji Sung and Lee Se Young have a lot of discussion about every scene they film together. They are passionate about bringing Cha Yo Han and Kang Si Young to life onscreen. Please look forward to the August 17 broadcast to see how their chemistry deepens further.”

“Doctor John” airs on Fridays and Saturdays at 10 p.m. KST.