On the August 17 episode of JTBC’s “Ask Us Anything,” the cast brought up the recent false dating rumors about Super Junior’s Kim Heechul and TWICE’s Momo.

Shortly after Kang Daniel and TWICE’s Jihyo were confirmed to be dating, the rumor began spreading that TWICE’s Momo and Kim Heechul were also in a romantic relationship. Both SJ Label and JYP Entertainment firmly denied the rumors, saying the two are just close friends.

During the August 17 broadcast, Kang Ho Dong commented, “The most ‘hot topic’ person isn’t here yet,” referring to Kim Heechul. Min Kyung Hoon joked, “I think he might not be able to come in today.” Just then, Kim Heechul shocked everyone with his sudden and effervescent entrance. 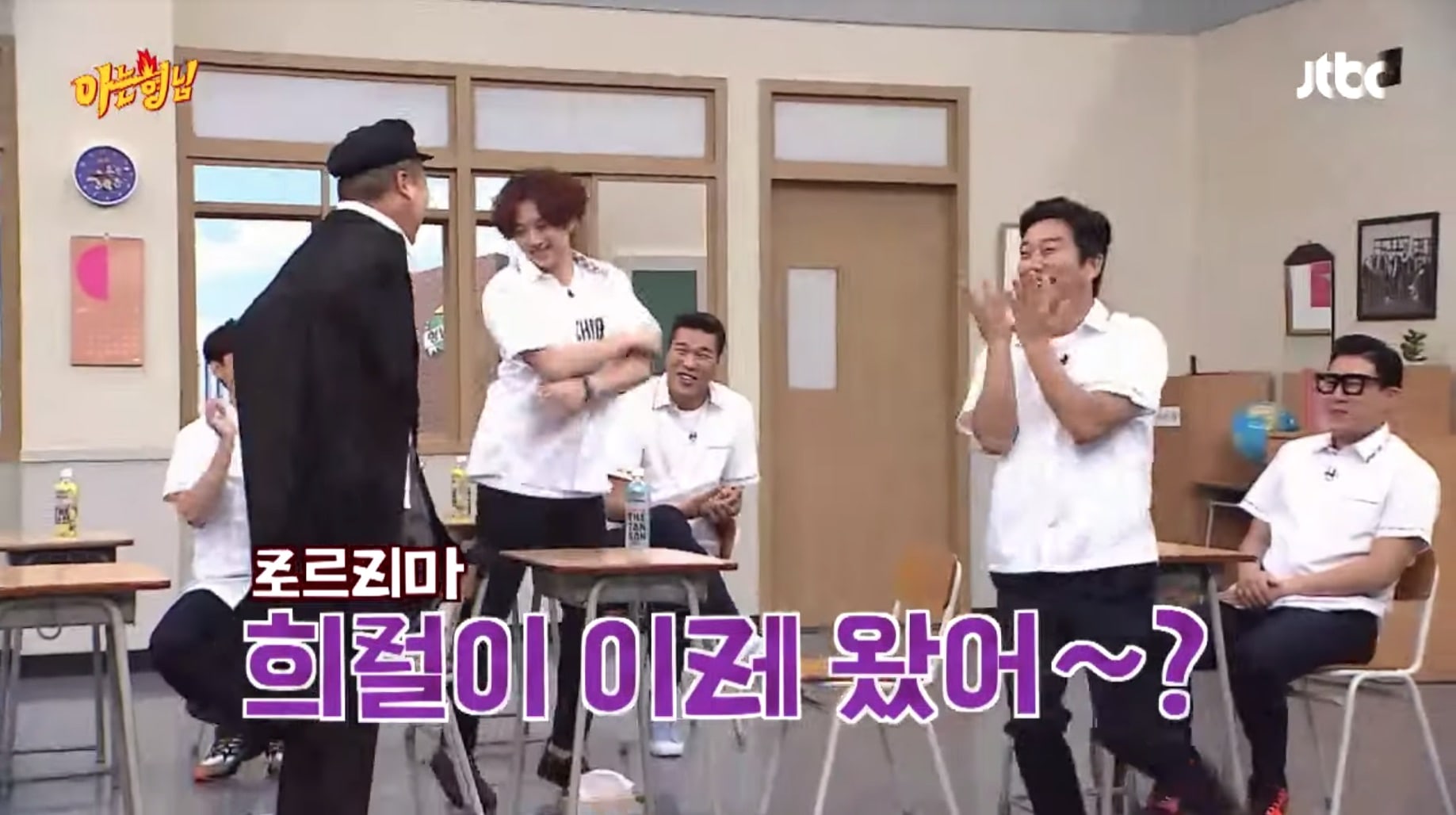 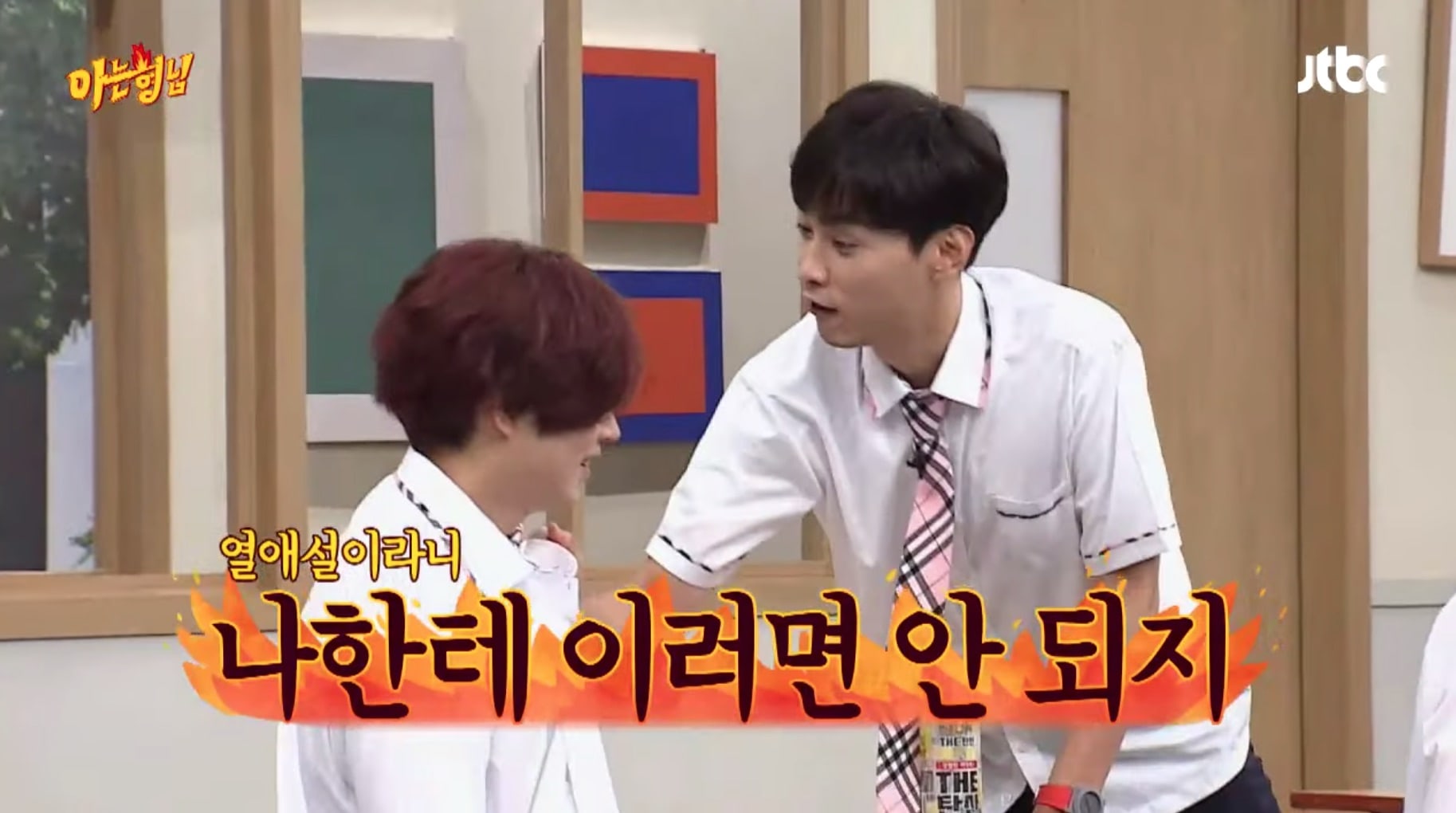 This scenario was a continuation of the “plot twist” in Kim Heechul and Min Kyung Hoon’s music video, “Sweet Dream” (which also starred Momo).