The N.Flying vocalist was the second to take the stage for his first-ever solo performance on the show. In his pre-stage interview, he introduced his song choice of Lee Chi Hyun’s “Sadness of Love” by saying, “In contrast to the energetic performances we’ve shown as a band, I think conveying my sincerity is important [for this performance]. I will work hard to bring you back to your twenties and move your hearts.”

On stage, Yoo Hwe Seung showed off his powerful vocals in an almost musical-like rendition of “Sadness of Love.” In a particularly haunting moment, he knelt on a platform and sang to a completely hushed auditorium. He shocked both the audience and his senior artists with his impactful performance, with Son Ho Young commenting, “I was so surprised. I thought to myself, ‘As time passes, he will receive love from even more people.'” 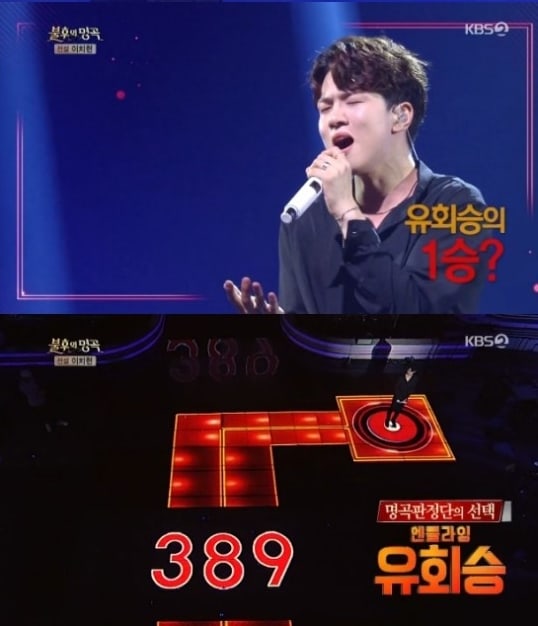 Yoo Hwe Seung did indeed achieve his goal of moving the audience’s hearts, as his performance earned him one win on the show with 389 points. Although he did not ultimately win the overall episode, he made a deep impression as a capable young vocalist.

Check out the full episode of “Immortal Songs” below!

N.Flying
Immortal Songs
Yoo Hwe Seung
How does this article make you feel?