VIXX’s Ravi has released his new mixtape “Nirvana II” and a music video for the title track “Still Nirvana”!

The song features rapper HAON and Ravi’s GROOVL1N labelmate Xydo. Through its lyrics, Ravi shares a message of self-love and believing in yourself to achieve your dreams.

Check out the refreshing music video below!

VIXX’s Ravi has unveiled the track list for his upcoming mixtape “Nirvana II”!

The mixtape will include a total of seven songs, including the title track “Still Nirvana” featuring HAON and Xydo.

Check out the full track list (and the cover artwork) below! 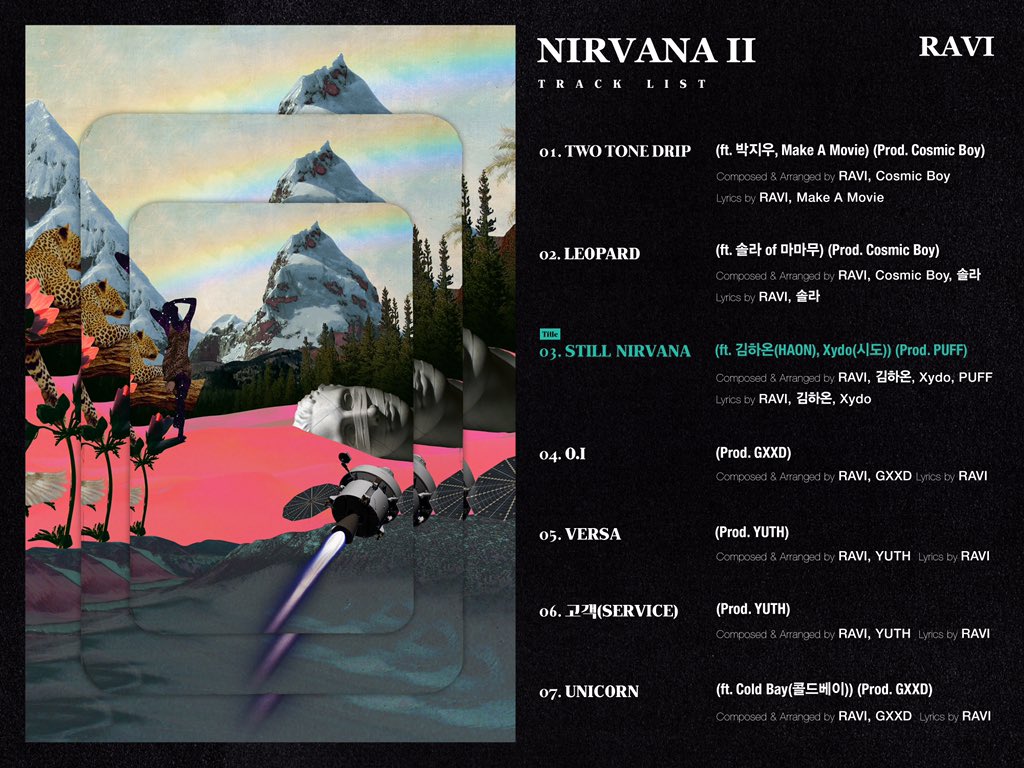 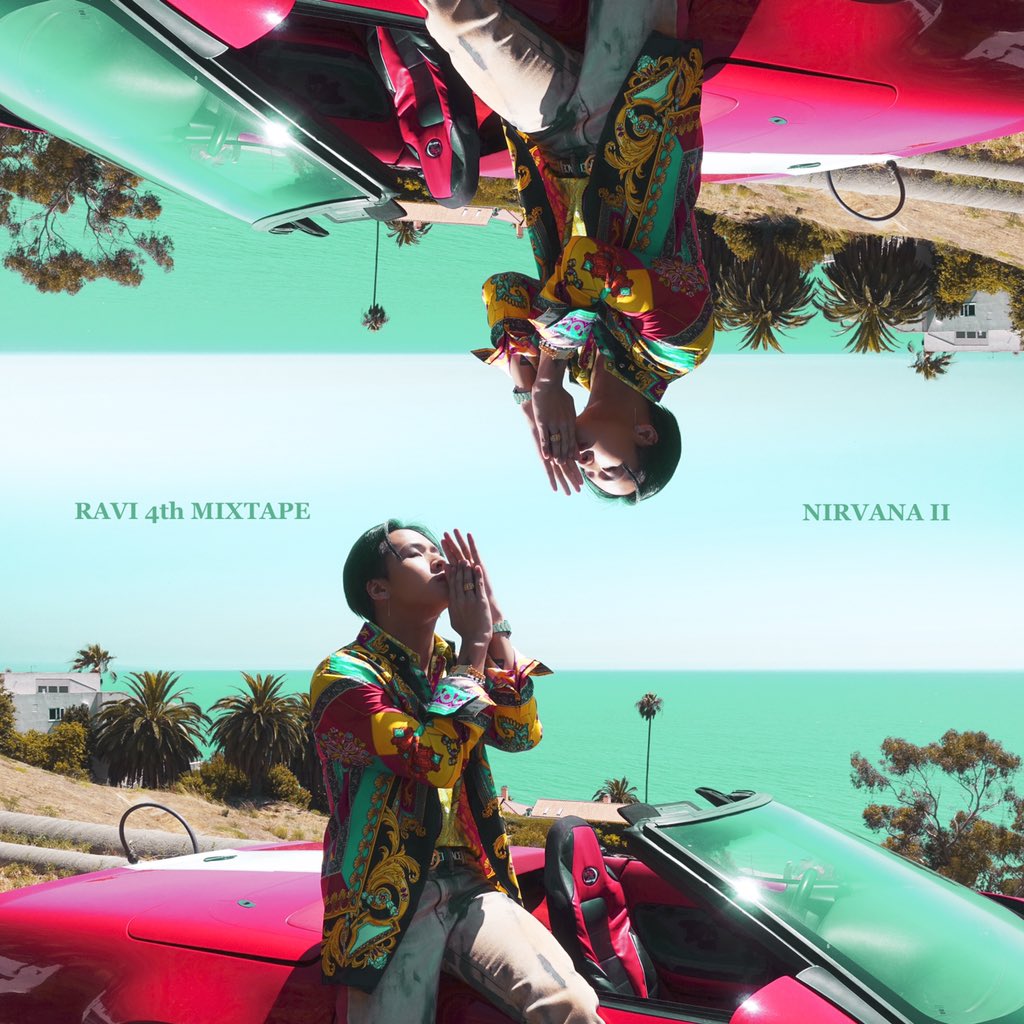 VIXX’s Ravi is gearing up to drop his fourth mixtape!

On August 18 at midnight KST, Ravi officially announced that he would be releasing his new solo mixtape “Nirvana II” later this month. He also unveiled a detailed schedule for his upcoming release—before dropping the full mixtape on August 29, Ravi will be unveiling a new single as a pre-release track.

Are you excited for Ravi to return with a new solo mixtape? Check out the full schedule for the upcoming release below! 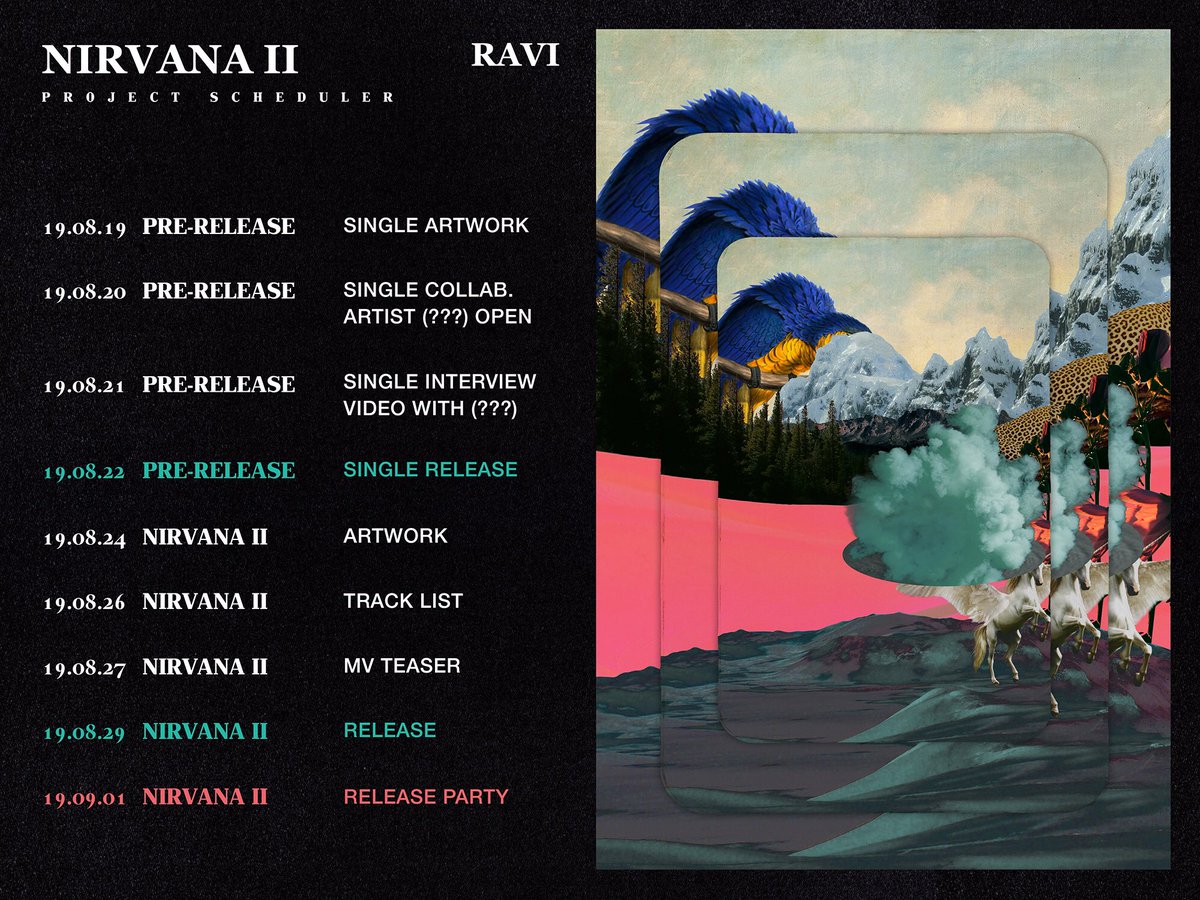