The previous episode shocked viewers when it was revealed that the “Noh Young Mi (played by Seo Ji Hye) murder case” was not just a murder, but an organ harvesting case as well. In order to secure the nomination for city mayor, Jang Do Sik (played by Son Byung Ho) was looking for a heart donor for the son of Oh Chi Woon (played by Kim Seung Wook), the head of his political party. The person who happened to be a match was Noh Young Mi.

Realizing this, Lee Jae Sang (played by Rain) and a special team collected evidence and arrested Park Ki Bum (played by Kim Joong Ki), who had carried out the murder on the orders of Jang Do Sik. However, they have not been able to collect sufficient evidence to bring in Jang Do Sik for masterminding the plan.

With this as the backdrop, the new stills show Lee Jae Sang and Jang Do Sik sitting face-to-face for the first time. Lee Jae Sang is frowning with a cold expression on his face, the anger and rage he feels towards Jang Do Sik clear in his eyes. Meanwhile, Jang Do Sik has a relaxed smile on his face, and the two contrasting expressions hint at a battle of wits that will begin between them. 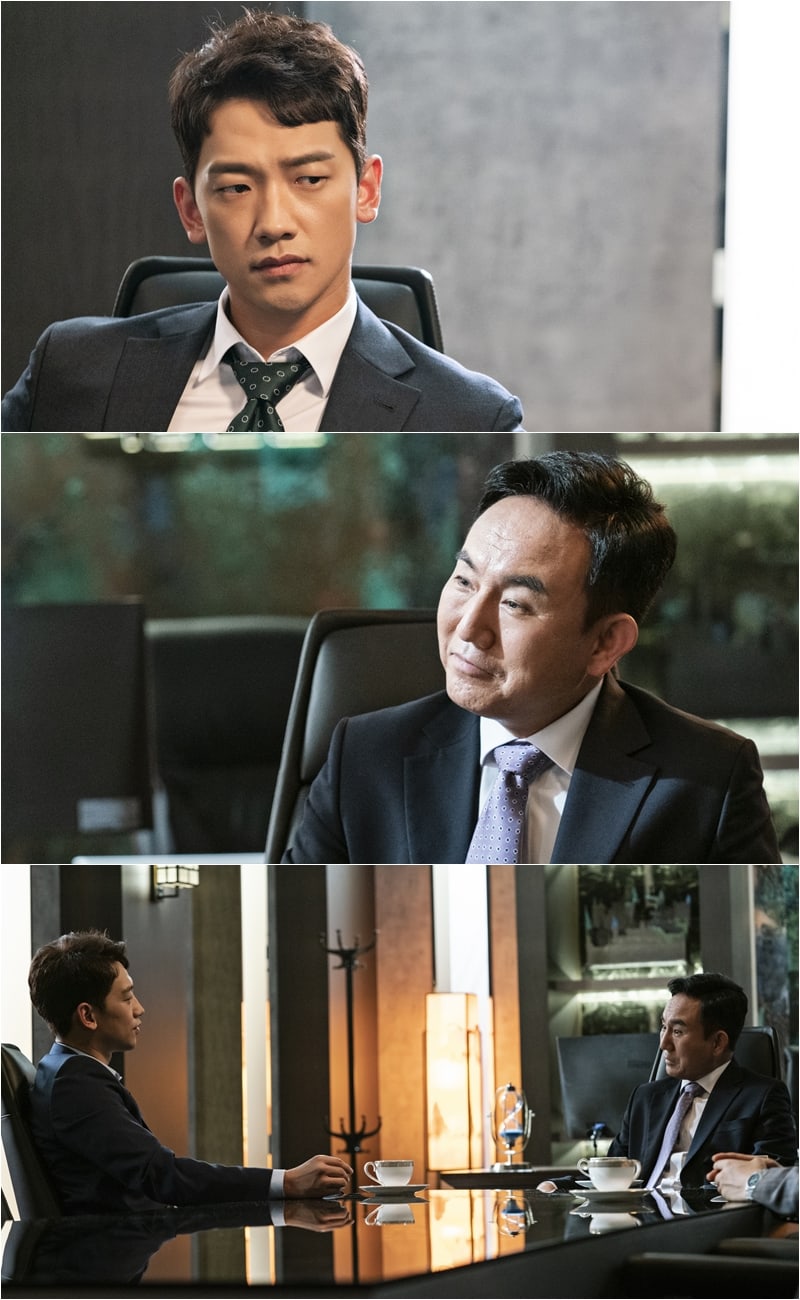 The production staff of “Welcome 2 Life” stated, “In the upcoming episode, Lee Jae Sang will do things his own way to try and arrest Jang Do Sik as the mastermind of the murder. Meanwhile, Jang Do Sik is hiding a dark evil behind his smile that will come to light. Please anticipate the tense battle that will take place between the two characters.”

“Welcome 2 Life” is a romantic comedy crime drama that tells the story of a self-centered lawyer who gets sucked into an alternate dimension and starts a new life as an incorruptible prosecutor. New episodes will air on August 19 at 8:55 p.m. KST.

Catch up with the series below!

Rain
Son Byung Ho
Welcome 2 Life
How does this article make you feel?