The previous episode of “Hotel Del Luna” had viewers shaking in fear with the fall of a flower petal. But things may be looking up for Jang Man Wol (played by IU) and Goo Chan Sung (played by Yeo Jin Goo) as shown in the new stills.

In episode 11, Ma Go Shin (played by Seo Yi Sook) suddenly appeared in front of Jang Man Wol and told her exactly what she was afraid of. What she feared wasn’t the falling of flowers, but of losing Goo Chan Sung. At the same time, Goo Chan Sung was with murdered Seol Ji Won (David Lee), and an uneasy feeling was being ramped up. With the fall of a flower petal, it appeared that troubled times lay ahead for Jang Man Wol and Goo Chan Sung, whose romance had just begun to bloom.

A teaser for the upcoming episode showed Goo Chan Sung appearing with cuts all around his body. He says, “You shocked me,” and hugged Jang Man Wol. He also says, “When you leave me, don’t be afraid. Though I am a frail human, what I am doing right now giving my all to love you.” It was a moment that showed how the two had gone from bickering to a deeper and more sincere love. 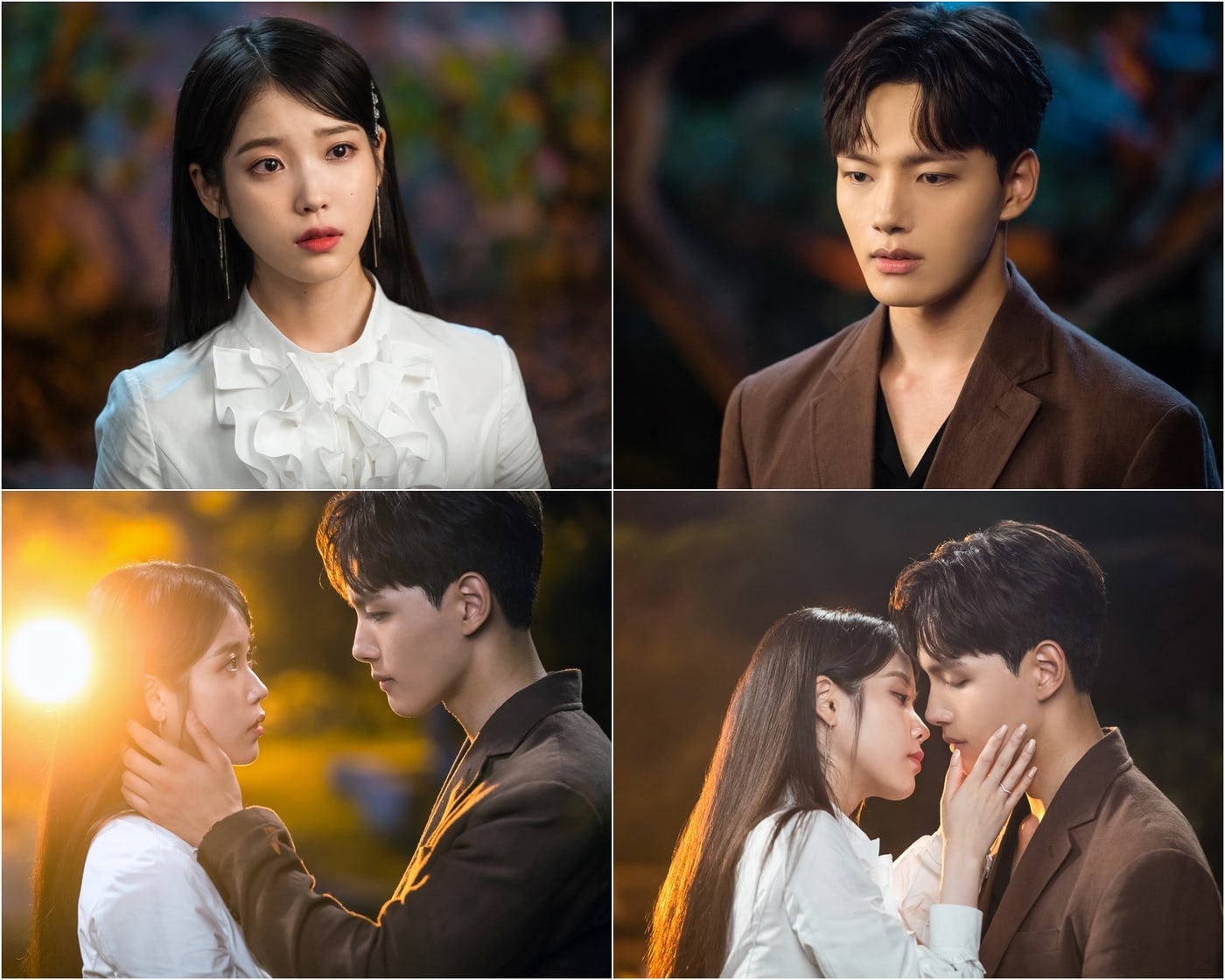 The production staff stated, “Tonight, Jang Man Wol and Goo Chan Sung will share a kiss scene that is so beautiful and sweet that you can’t look away,” and “The upcoming episode will also uncover the identity and sad backstory of Go Chung Myung (Lee Do Hyun). Please tune in to see the fate of the couple, as well as what story Go Chung Myung holds.”