Kevin Woo x James Lee featuring FYKE will be embarking on their two-city run in August, starting in Los Angeles on Saturday, August 24, 2019 at the El Rey Theatre, and San Francisco on Sunday, August 25, 2019 at Cornerstone Berkeley.

Kevin Woo, formerly of U-KISS, and James Lee, formerly of Royal Pirates, are two entertainment veterans who have won the hearts of fans all over Asia, and now as soloists taking on the United States, have teamed up to hit their hometowns with an intimate two-show tour. Joining them is American rock band FYKE, hailing from Steel Wool Entertainment, which boasts of a star-studded roster of artists including Amber Liu, Anderson .Paak, Hayley Kiyoko, etc.

Enter the giveaway below for a chance to win a pair of P1 tickets to a concert along with a Meet & Greet + Photo with one artist and a Hi-Touch with all of the artists! The deadline to enter is August 22 midnight PST. The winners will be announced on August 23. 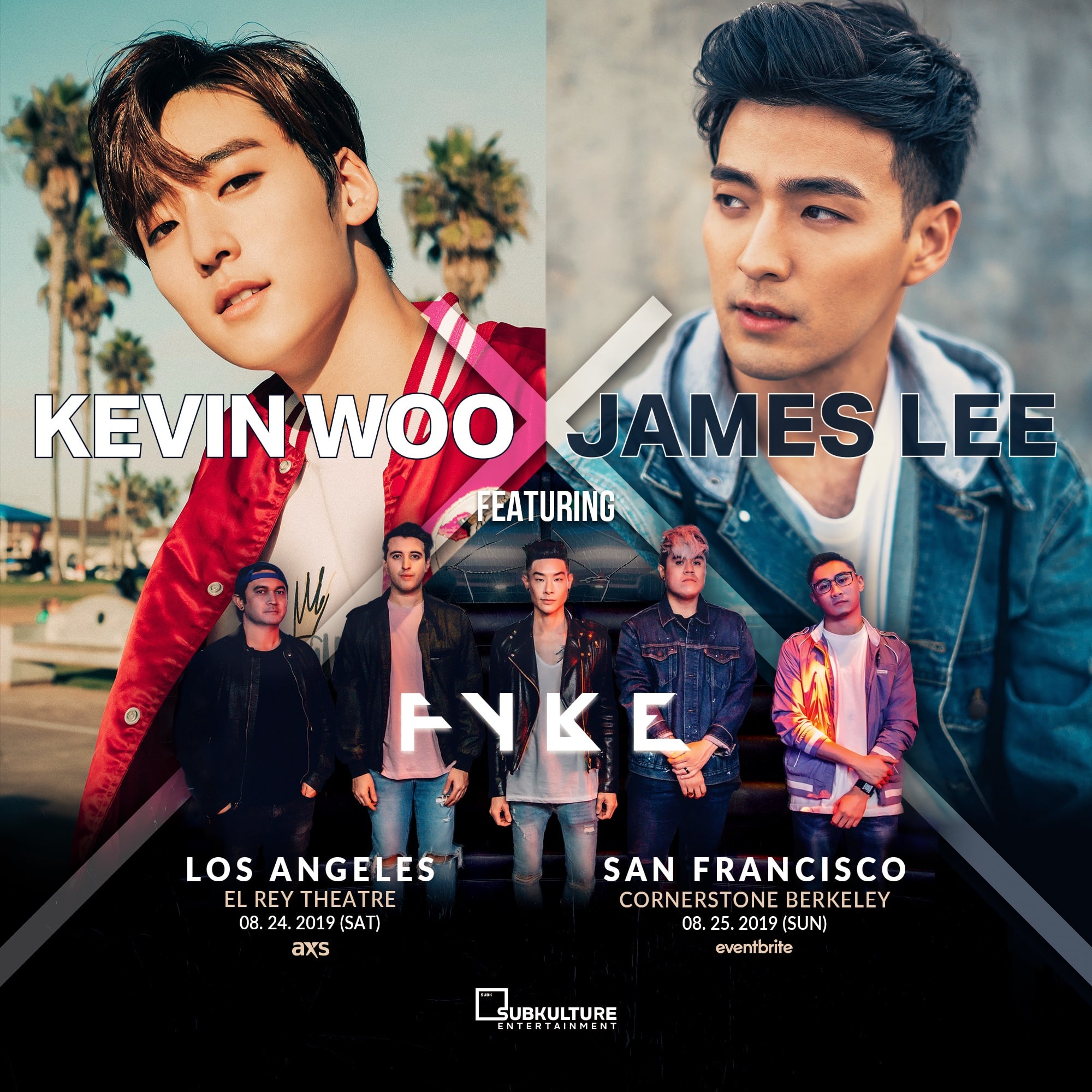 You can also enter here.

Hi-Touch
– With all artists

Huge thanks to SubKulture Entertainment for making this giveaway possible!