WINNER’s Kim Jin Woo Gets Surprise Call From Kang Seung Yoon, Tears Up As He Thanks Song Mino On “Idol Radio”

Kim Jin Woo, who recently dropped his first solo single album “JINU’s HEYDAY,” got a lot of help from his fellow WINNER members. Song Mino wrote, composed, and featured on his title track “Call Anytime,” while Kang Seung Yoon helped with direction. Meanwhile all of the members participated in a group singing session for the album.

In order to support Kim Jin Woo, Kang Seung Yoon made a surprise call to the radio show. He said, hiding his identity at first, “I’m a fan of WINNER. I’m a guy, but I’m a huge fan. I’m so nervous being on the phone with [Kim Jin Woo].”

The WINNER leader added, “Hyung‘s voice is clear, pretty, and beautiful no matter when I hear it, and it has the strength to really heal.”

Kim Jin Woo thanked the caller, and when BTOB’s Ilhoon, the host of the show, asked if he recognized the voice, Kim Jin Woo laughed and said to Kang Seung Yoon, “Just come here to help. If you’re going to help, just come sit next to me.”

He said, “I thought it was Seung Yoon in the beginning, but I started to second-guess myself as time went on. But when you asked me if I recognized the voice, I knew.”

Kang Seung Yoon left a message of support for WINNER’s oldest member, saying, “You’re doing great, so don’t get too nervous. Why are you so nervous? You’re doing plenty well, and you’re very talented, so I hope you can spread your beauty far and wide. Good luck! And good luck to ‘Idol Radio’!” 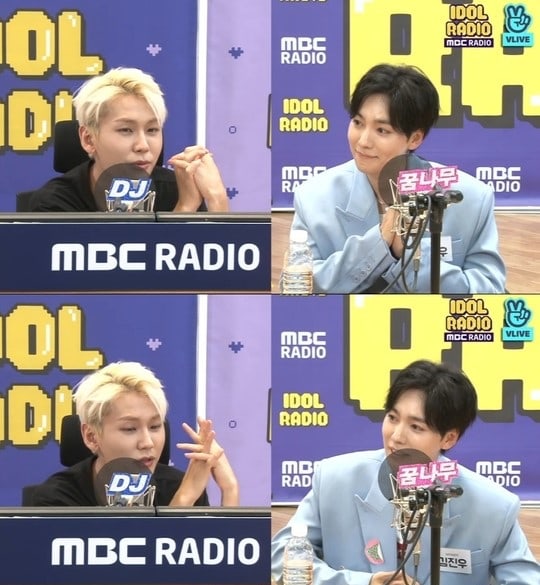 Talking about his five years with the group, Kim Jin Woo said, “I think I’ve lived the past five years really well. Putting it in extreme terms, I could die happy. Not only have I received so much love from Inner Circle, but I’ve been to many countries and seen so much that I’ve never seen before. It was great. One day I even thought, ‘Is this heaven?'”

Kim Jin Woo thanked Inner Circles who stayed up late to listen to the radio show and wished them a safe trip home.

He also took time to thank Song Mino, who helped him with his title track. Tearing up, he said, “Mino, it would be good if I said thank you in person… Sorry I couldn’t be better to you, and I’m just so thankful. I love you.” 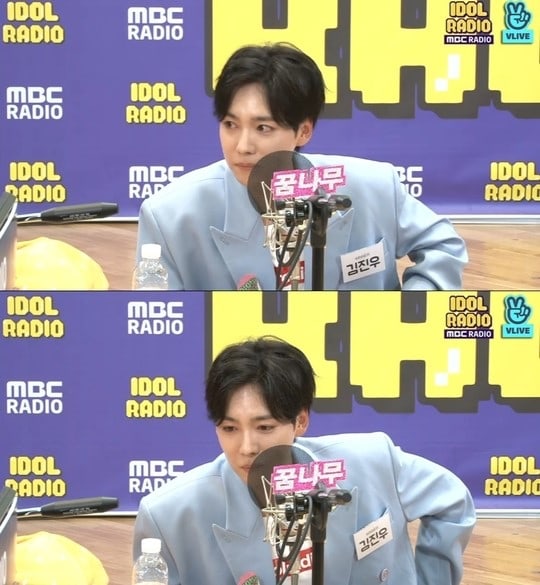