On August 20, Good Data Corporation released the rankings of the non-drama television programs and cast members that generated the most buzz for the third week of August. The results were gathered based on online articles, blog posts, community forums, social media, and views on video clips for non-drama television programs that are currently on air or are scheduled to air.

With the one-on-one crew battles getting started on Mnet’s “Show Me the Money 8,” the show topped the list of buzzworthy non-drama TV programs for the first time since its premiere. Second place went to JTBC’s “Camping Club,” which is receiving praise for being a “healing” variety show. Viewers are showing interest in Lee Hyori and Lee Jin’s unexpected chemistry, leading them to place No. 5 and No. 10, respectively, on the buzzworthy cast member rankings. 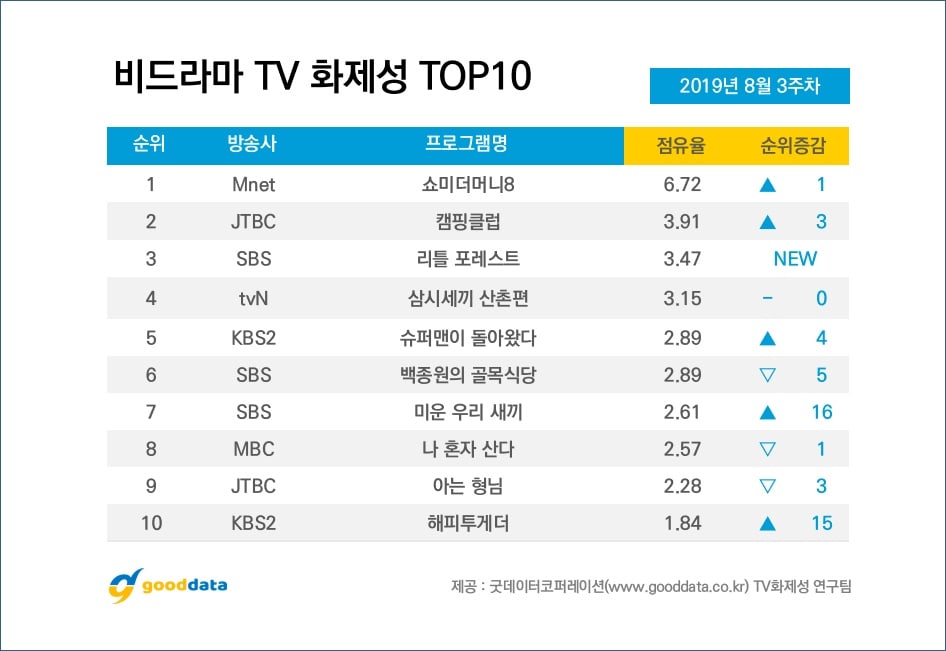 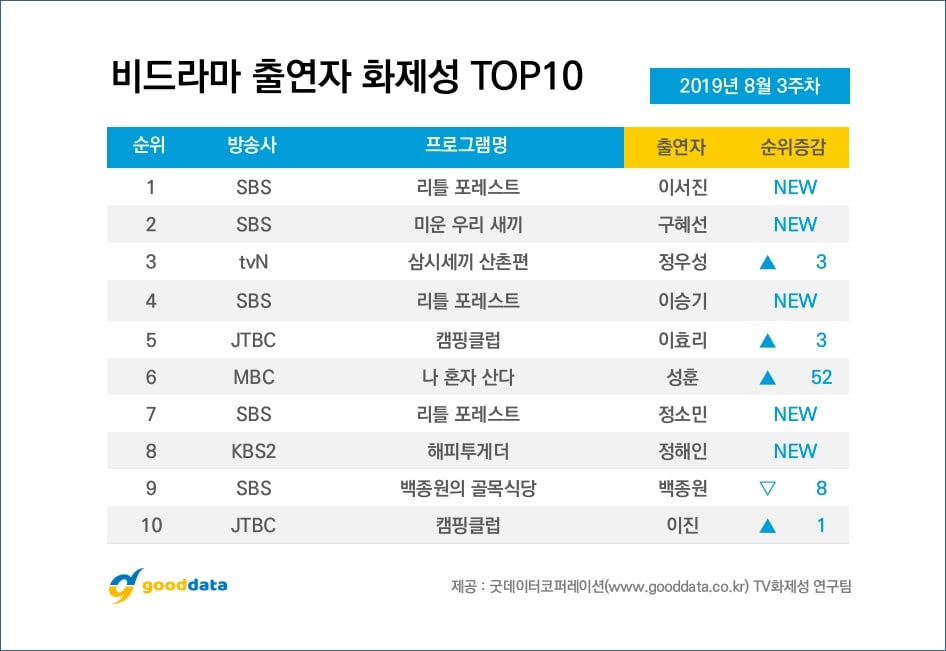