Gong Seung Yeon’s character, Gae Ddong, is a tough character who will do anything to survive in the competitive Joseon marketplace, including giving up her skirts for trousers and hair ribbons for a man’s topknot. As a result, she is often mistaken for being a man and will do odd jobs for pay, such as chopping wood, carrying rice, cleaning fish, and stopping fights from breaking out. 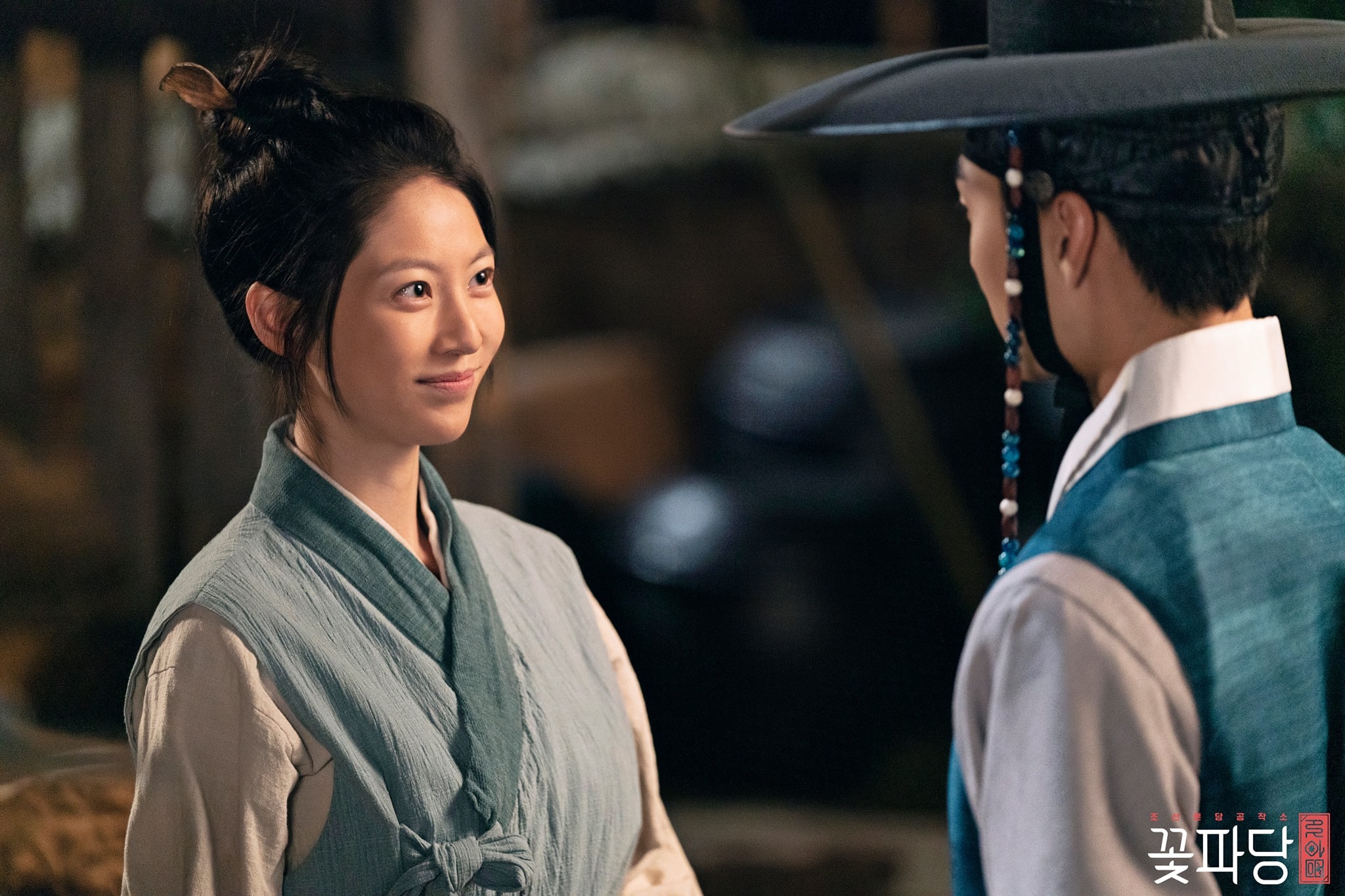 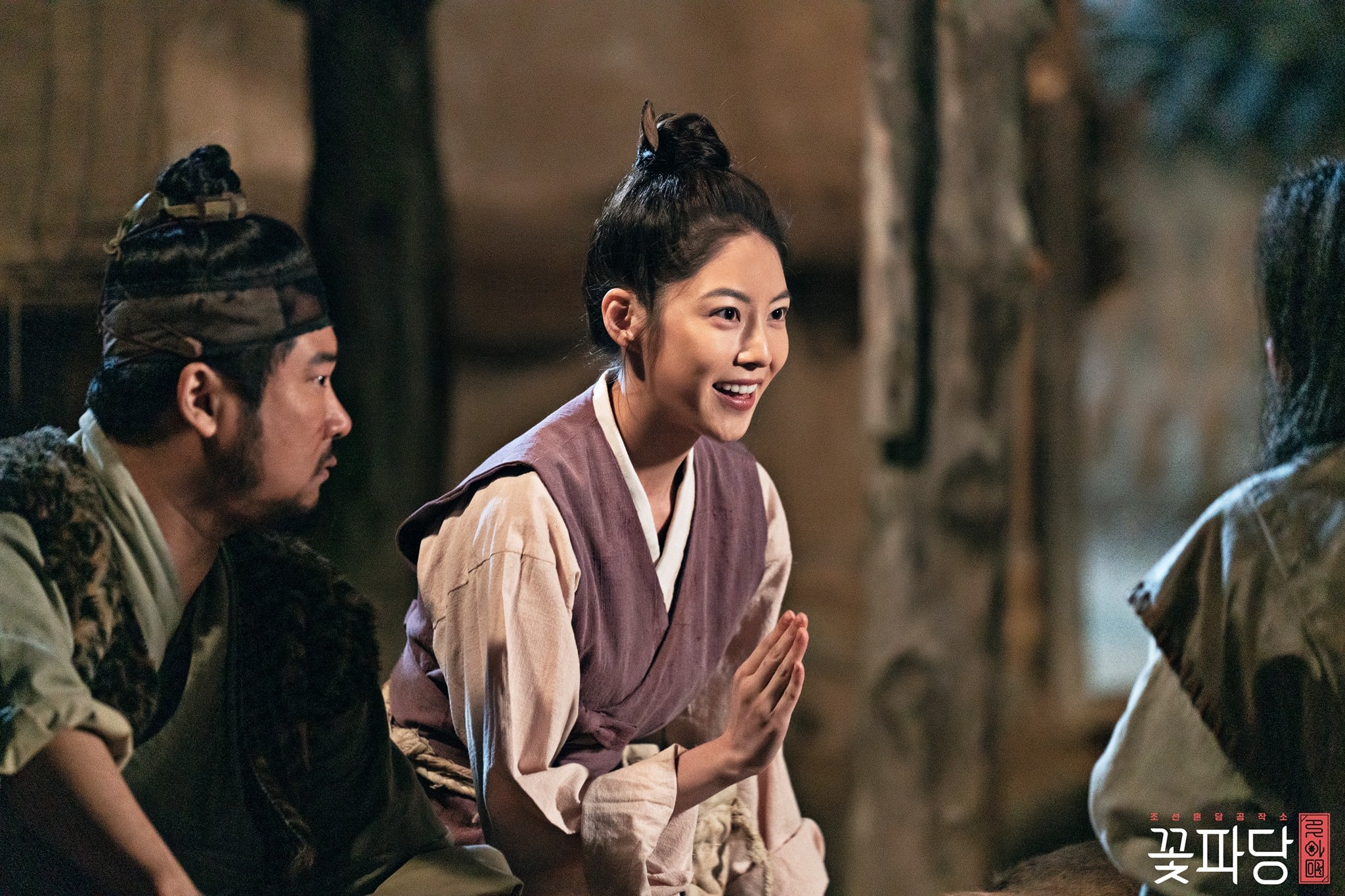 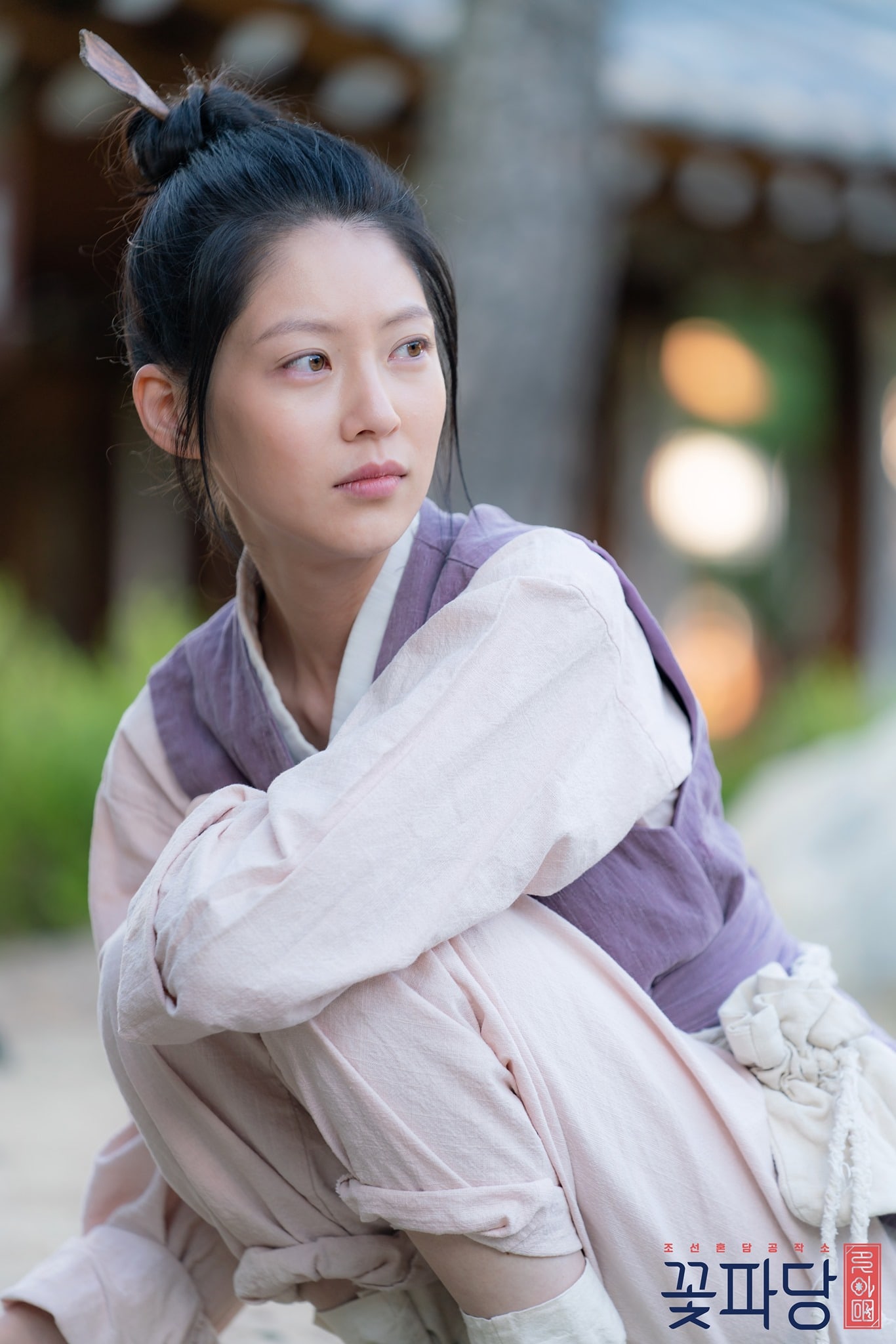 The new stills emphasize her character’s oddball dress and behavior in order to highlight the magnitude of the change that the flower boy matchmakers must effect in order to transform Gae Ddong into a noblewoman.

“Flower Crew: Joseon Marriage Agency” premieres on September 16 and will be available on Viki.