The boys of Woollim Entertainment’s W Project 4 posed for their first magazine photo shoot together and sat down for an interview with Singles magazine!

W Project 4 is composed of Woollim Entertainment’s trainees Kim Min Seo, Lee Sung Jun, Kim Dong Yun, Hwang Yun Seong, Lee Hyeop, and Joo Chang Uk. All of the trainees except for Lee Sung Jun competed on Mnet’s survival show “Produce X 101.” It was recently announced that they will release something new together on September 2 as the fourth in the series of Woollim’s W Project, which began in early 2017 and has showcased the skills of the agency’s trainees.

When asked if they’d take on the challenge of “Produce X 101” again if given the chance, Hwang Yun Seong said, “We’ve talked about that before, and we all said that we’d do it again.”

Kim Min Seo said, “When I watch the show after time’s passed, I have regrets like ‘Ah, I should have done it like that then,’ and ‘I should have done that part more strongly.’ If I were to do it again, I think I could do a bit better.”

Hwang Yun Seong continued, “I had a lot of opportunities and received a lot of love thanks to ‘Produce X 101.’ I was able to improve a lot both in terms and skill and mentally, so even if I went back in time I would do it again.”

Lee Hyeop described how during his half a year on the show, he met a lot of good people and made memories, while Kim Dong Yun said that he discovered his own strengths and weaknesses while competing on the show, which allowed him to improve.

Joo Chang Uk shared, “I wonder what I’d be doing now if I hadn’t gone on ‘Produce X 101.’ My skills also definitely improved. So I would for sure do it again.” 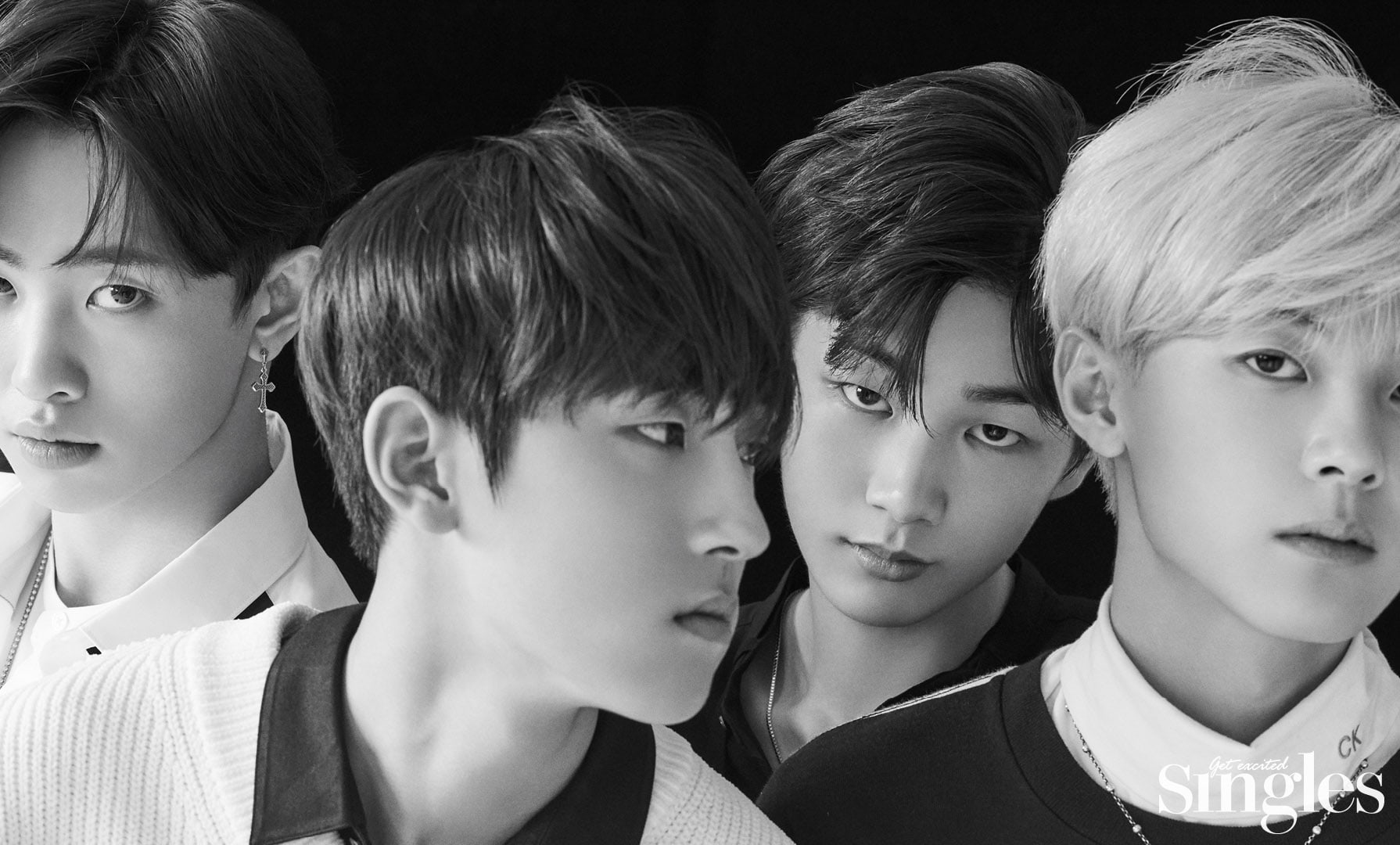 The interviewer mentioned that the members have a variety of personalities and styles and asked what they hope from each other now that they’re in a team together.

Kim Min Seo said, “Dong Yun, please don’t secretly eat my snacks.” Kim Dong Yun replied with a laugh, “That’s a misunderstanding. You often leave them because you say you’re full, so I clean them up. I’m upset!”

Lee Sung Jun shared his own complaint about Kim Dong Yun, explaining that he sleeps on a bottom bunk while Kim Dong Yun sleeps in the top bunk. When he comes back to the bedroom after washing up, he often finds that Kim Dong Yun has fallen asleep on the bottom bunk. “He’s the type of person who quickly falls into a deep sleep, so he doesn’t get up even when I try to wake him,” he said. “I feel a bit bad when I shake him to try to get him to wake up. So please, sleep in your own bed!”

Joo Chang Uk laughed as he said that he shares a room with Lee Hyeop, and while he enjoys spending time with him, Lee Hyeop sometimes uses aegyo (acts cutely) towards him which is hard to deal with. 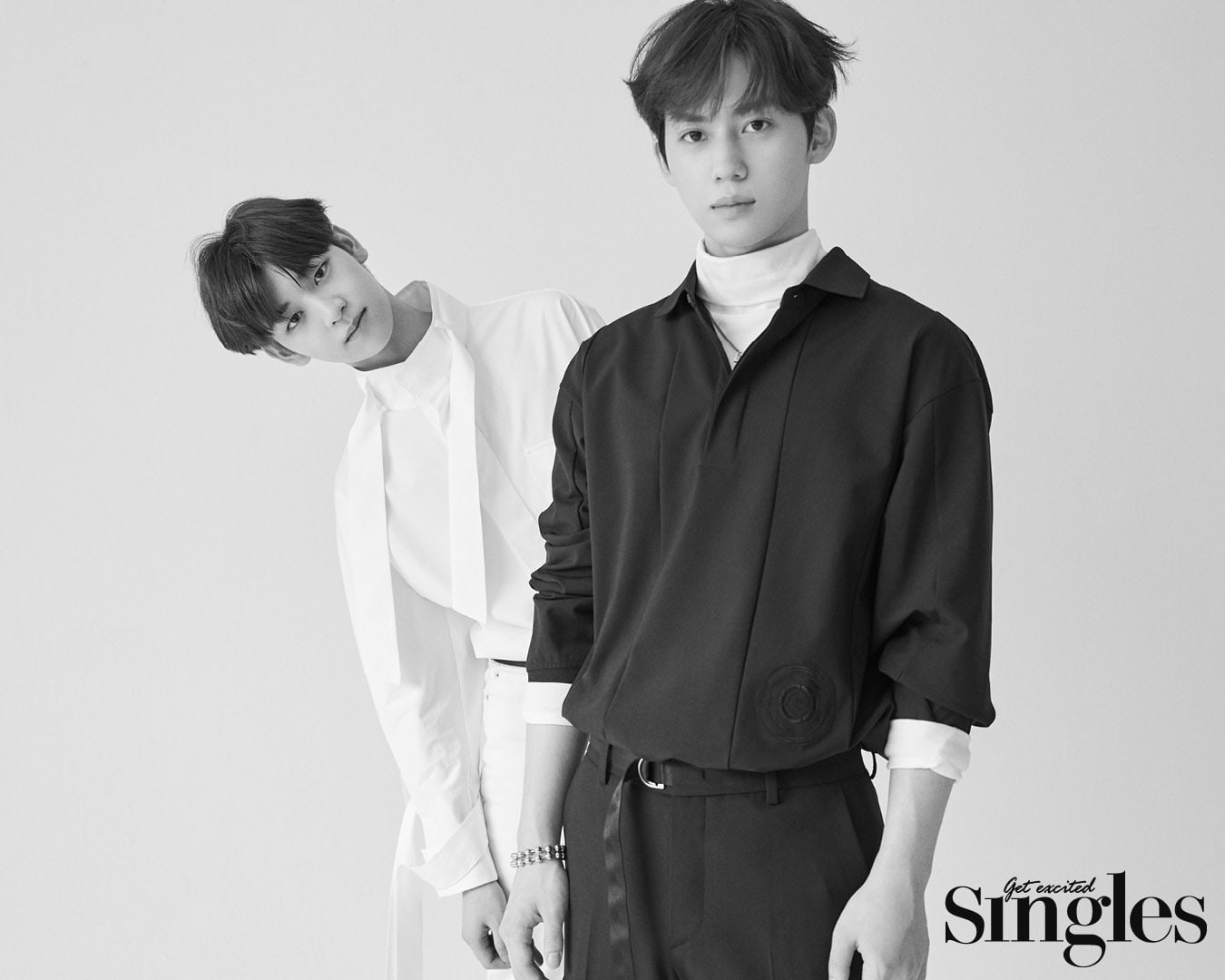 When asked what kind of artists they want to be in the future, Hwang Yun Seong replied, “I hope that my current love for music won’t change. I want to keep making music for a long time.”

Kim Min Seo said, “I want to keep depending on each other like this and promote music together as W Project 4. I want to be an artist that doesn’t forget my original intentions and pays my fans back with performances.”

Joo Chang Uk shared that his hope is that they’ll one day be called a team of kind idols with great skills. Lee Hyeop said his dream is for them to be able to be someone’s role model.

Kim Dong Yun said, “I want to be an artist with an unusual and unique color.” Lastly, Lee Sung Jun said, “I hope that we will one day be able to show our own unique color by making our own music and creating choreography together.”

On the topic of when they gained the most strength as a six-member team, Kim Min Seo said they’ve become very familiar with each other after all their time together. “Now even if we don’t say anything, we can tell just from looking at each other’s eyes if someone’s feeling tired or sad,” he commented. “While we were competing intensely on ‘Produce X 101’ too, we ended up relying on each other naturally. I feel like it’s a relief that we’re a team.” 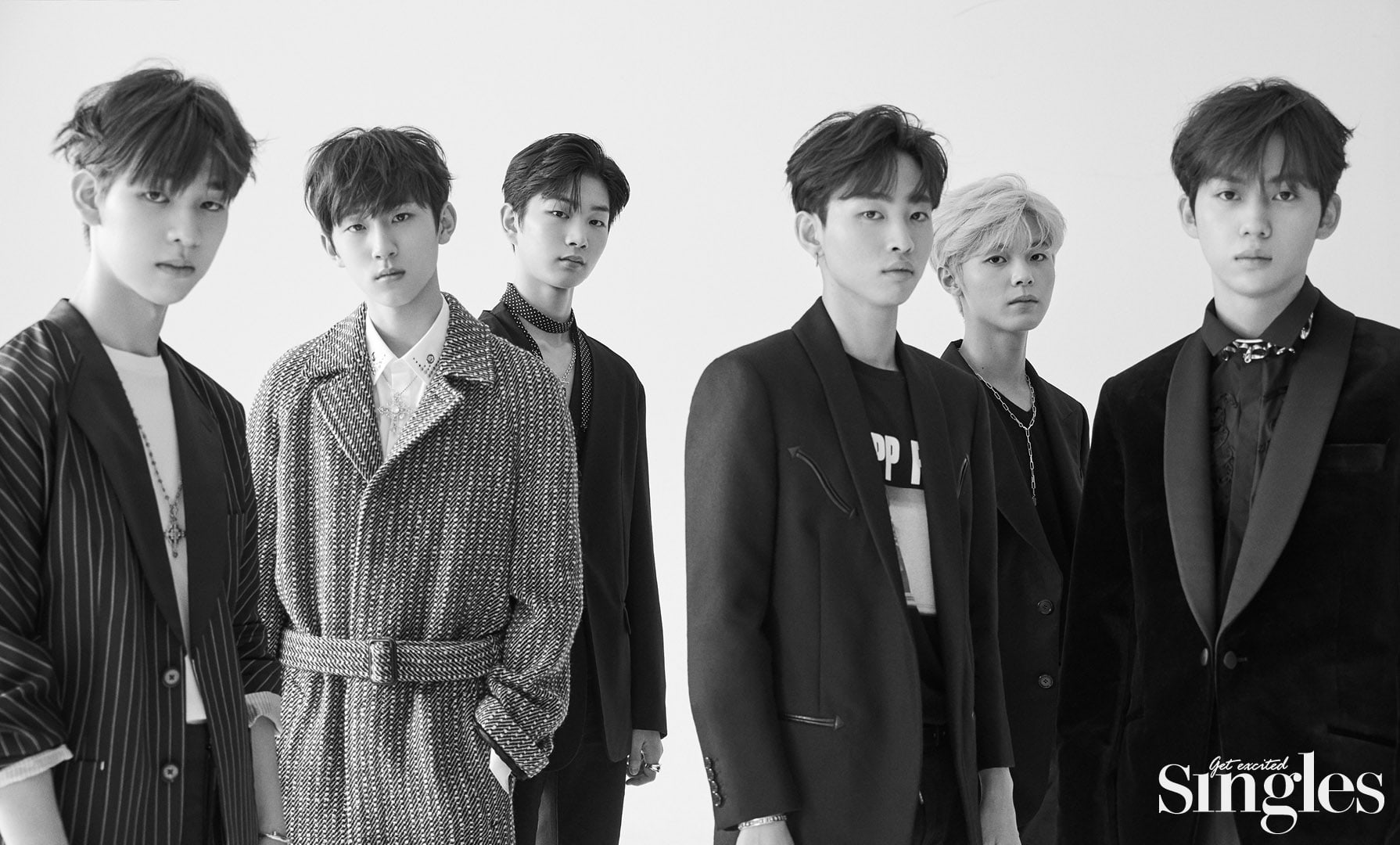 More from the boys of W Project 4 can be found in Singles magazine’s September issue.