They explained that their leader is Yook Sungjae, with Kwangmin saying, “He has a lot of power.” When MC Jung Hyung Don asked why the leader wasn’t one of the three Boyfriend members instead, Ricky hilariously replied, “Those three together still can’t beat Sungjae.” 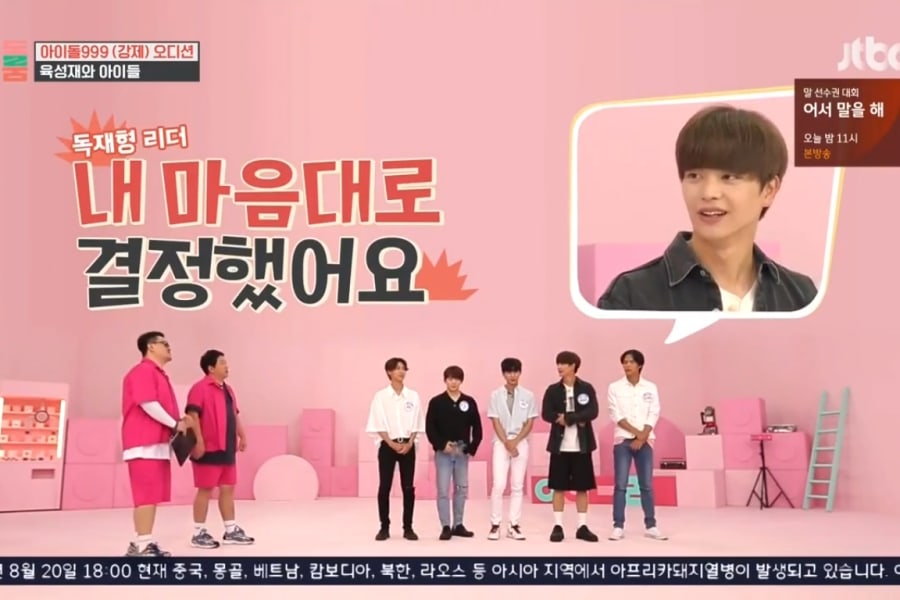 About their team name, Yook Sungjae stated, “I decided on the name after getting everyone’s opinions. I wanted a name that would sound friendly and remind older people of their sons.” While Yook Sungjae was explaining, Jung Hyung Don observed of the other members, “You all listen really intently when Sungjae is speaking,” making everyone laugh.

Yook Sungjae further stated, “At first, we got close through gaming, and then we went fishing together.” He also laid out the conditions for joining the Lovely 95s, saying, “Before you join, you have to meet with us three times. The conditions are regarding how considerate you are of others, and how much you can give to others. For instance, I would lend 10 million won (approximately $8,300) to a friend.” Jung Hyung Don made Yook Sungjae flustered by then asking, “What if your friend keeps asking for 10 million won?” Kwangmin jumped in to help Yook Sungjae by saying, “That kind of friend can’t join Lovely 95s,” and the MCs teased him for his eagerness to assist the leader. 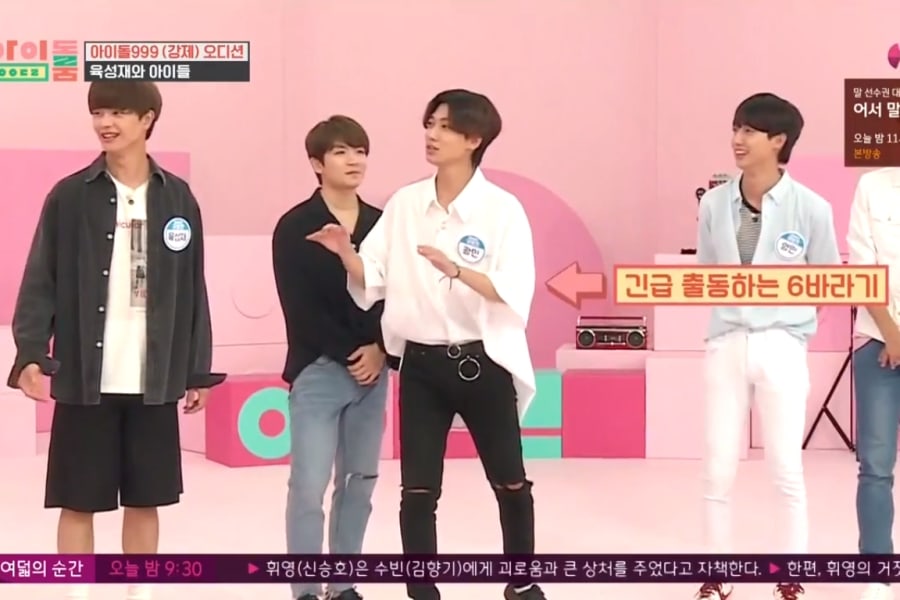 The last condition of joining Lovely 95s was explained as, “The things we talk about among each other can’t be smart.” The MCs tested this condition by giving the Lovely 95s’s brain Youngmin a common knowledge quiz. For one of the questions that asked what OOTD (Outfit Of The Day) stands for, the Lovely 95s made everyone crack up by answering, “Ot (‘clothes’ in Korean) Of The Day.”

Finally, Baek Kyung Do, who has already completed his military service, was asked to give Yook Sungjae tips for when he enlists. He wittily replied, “When you go to the military, you can’t be the leader there.”