MBN and Dramax’s upcoming series “Graceful Family” has revealed what viewers should look forward to ahead of the drama’s first episode!

“Graceful Family” is a mystery melodrama that follows a wealthy and elite family that is split between those who want to uncover the truth behind its gruesome secrets and those who are trying to cover them up.

Here are four reasons to tune in to the premiere! 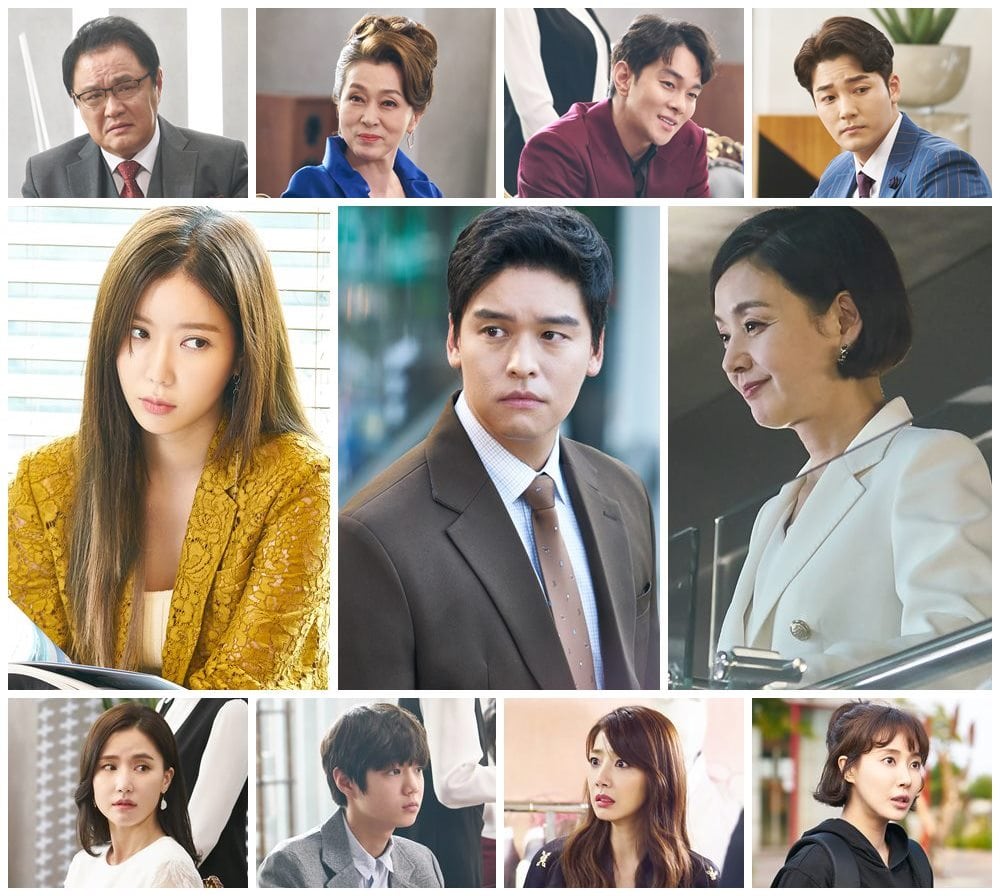 A strong production and actor lineup

“Graceful Family” is led by Director Han Chul Soo, who tugged at hearts with his works such as MBC’s “My Little Baby,” and screenwriter Kwon Min Soo, who displayed delicate expression in dramas like KBS’s “The Blade and Petal.” Combined with the strong line-up that consists of Im Soo Hwang, Lee Jang Woo, Bae Jong Ok, and more, the drama has heightened anticipation for the fun and excitement it will bring.

“Graceful Family” is the first series in Korean drama history that explores an “owner risk management team” that seeks to erase ugly flaws and protect the impregnable fortress that is the world of conglomerates. These “deleting experts” show great efficacy in using methods such as legal loopholes, violence, illegal surveillance, and comment fabrication to erase the deeds of a conglomerate family. As society has recently become interested in the concept of “owner risk,” the drama is sure to provide fresh insight and a special mystery.

A fight for “Pandora’s box”

The combination of the strong-willed heiress Mo Seok Hee (played by Im Soo Hyang) and resilient lawyer Heo Yoon Do (played by Lee Jang Woo) will show a refreshing “battle for the truth” as they go up against the world of the elite. They will also face the head of MC Group’s Owner Risk Management Team, Han Je Gook (Bae Jong Ok), in a charismatic competition. “Graceful Family” will showcase the thrilling fight as both sides move towards opening the deeply hidden Pandora’s box of MC Group.

The brand of melodrama in “Graceful Family” is not a soft and sad romance. It is a vicious “roaring romance” between the strong-headed Mo Seok Hee, who is not afraid to act boldly, and the honest Heo Yoon Do, who can deeply empathize with people’s pain and is not afraid to say what’s on his mind. There will be no time to be bored with this pair, and as “Graceful Family” is Im Soo Hwang and Lee Jang Woo’s first drama reunion in eight years, it will be a love story and quest for the truth built upon delightful chemistry.

A source from Samhwa Networks stated, “‘Graceful Family’ is a mystery melodrama that boasts deeply immersive characters and refreshing fun. It is a work full of sincerity that combines the passionate energy of both the producers and actors. Please join us in watching the first episode of ‘Graceful Family.'”

“Graceful Family” premieres August 21 at 11 p.m. KST and will be available on Viki. In the meantime, watch the latest teaser below: