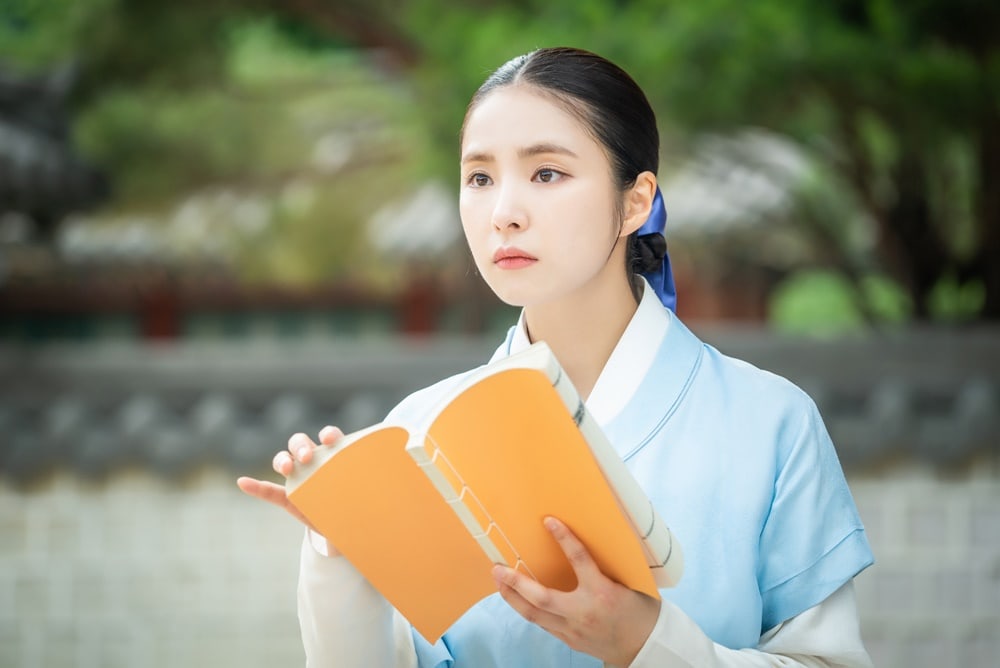 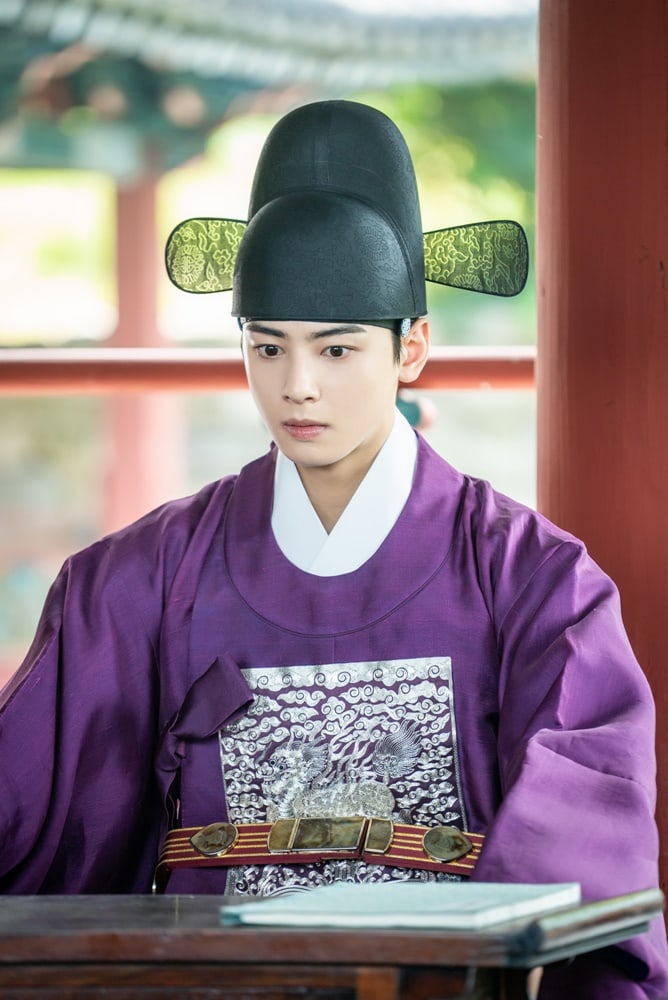 As Hae Ryung slowly finds her role and duties within the palace, she becomes closer to Prince Yi Rim, even confirming their feelings for one another in the last few episodes. With their love story marking a lovely end to the first half, here are three points to focus on while heading into the second half of “Rookie Historian Goo Hae Ryung”!

The paintbrush, which acts as the starting point of Shin Se Kyung and Cha Eun Woo’s relationship

As Hae Ryung is a female historian and Yi Rim is a romance novelist, the pair both enjoy writing. However, the two receive bans from writing once Hae Ryung questions the ethical values of higher-ranking officials, and Yi Rim’s father, King (Kim Min Sang), discovers his romance novels. As the two experience similar pain and comfort one another, they grow closer. 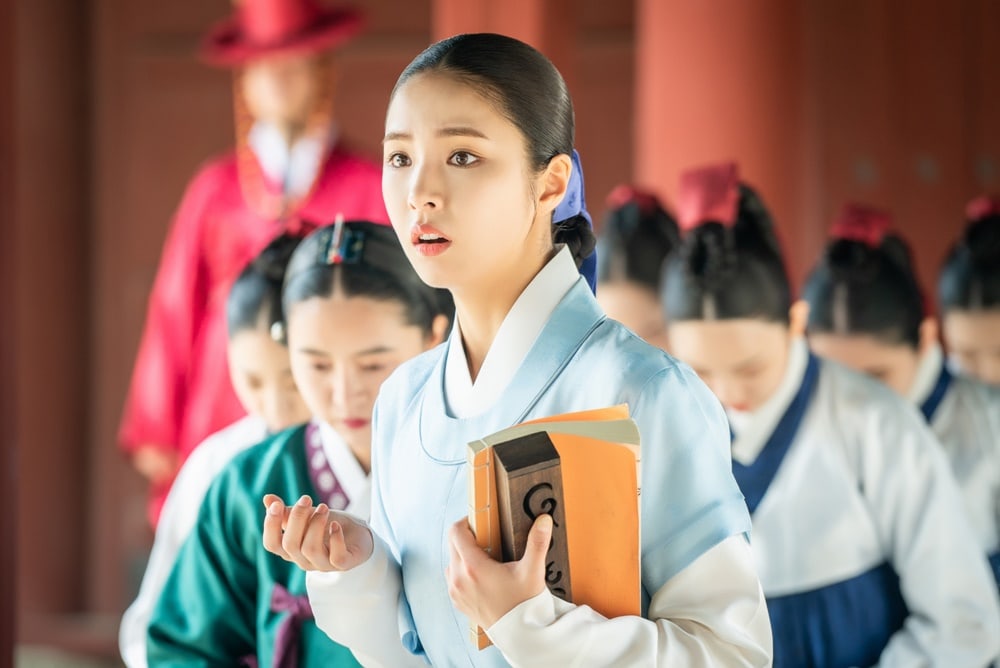 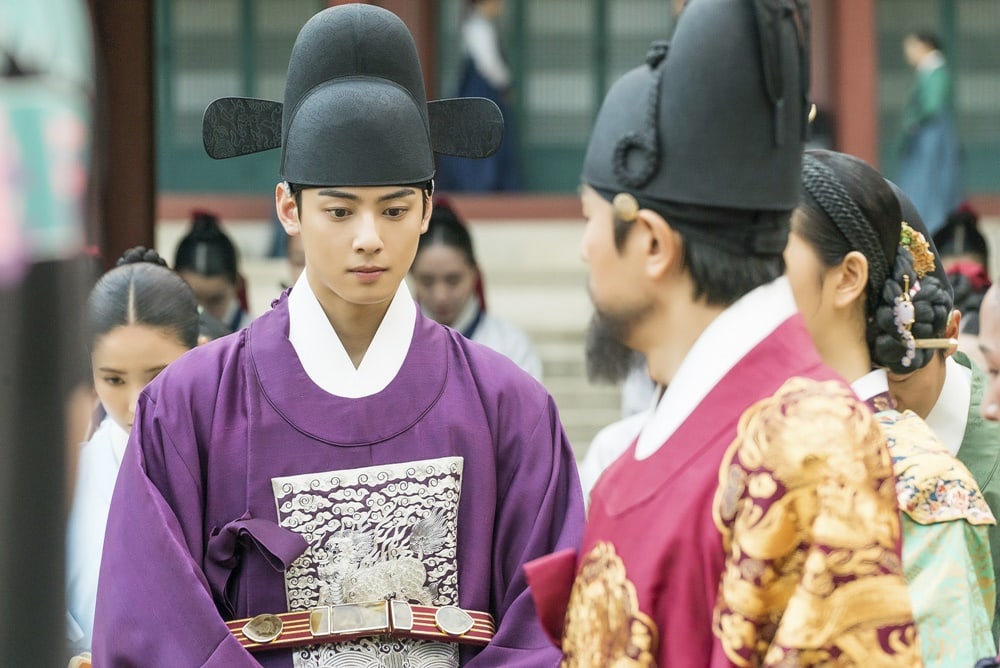 In the preview for episodes 21 and 22, Hae Ryung is trying to record a conversation between the King and his right-hand man Man Ik Pyung (Choi Deok Moon) when she is caught eavesdropping. Her fearless ability to go to any length for the sake of history shows a sneak peek of how she will force an entire dynasty and royal family to suffer the consequences of their actions.

After starting off on the wrong foot, Hae Ryung and Yi Rim used to bicker to no end. However, with each episode, the two grow closer and eventually develop feelings for one another. Now, their relationship has flipped completely and their blossoming love story has viewers wanting more! 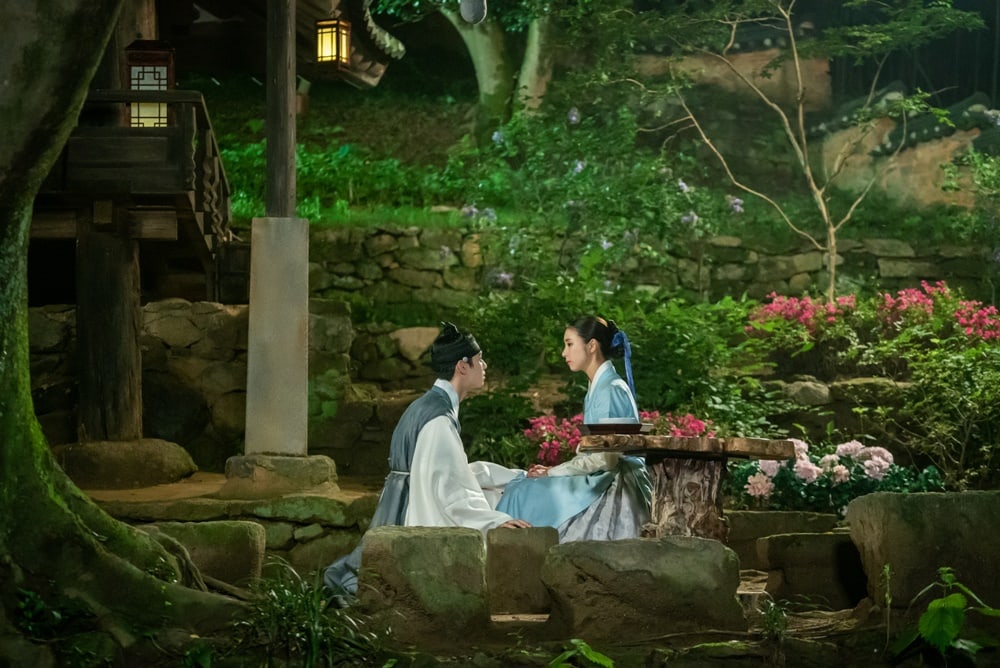 After trying to be subtle about his feelings, Yi Rim eventually just confesses to Hae Ryung not to stray far from him and that he wants to know more about her. Hae Ryung, on the other hand, is much more casual, holding his hand after stating a vague excuse, but the two are most definitely in the midst of developing their romance.

Additionally, Crown Prince Lee Jin (Park Ki Woong) and another female historian Song Sa Hee (Park Ji Hyun) have an inexplicable romantic tension. While nothing has been confirmed, stay tuned to find out their real relationship and whether this pair will grow into a couple as well. 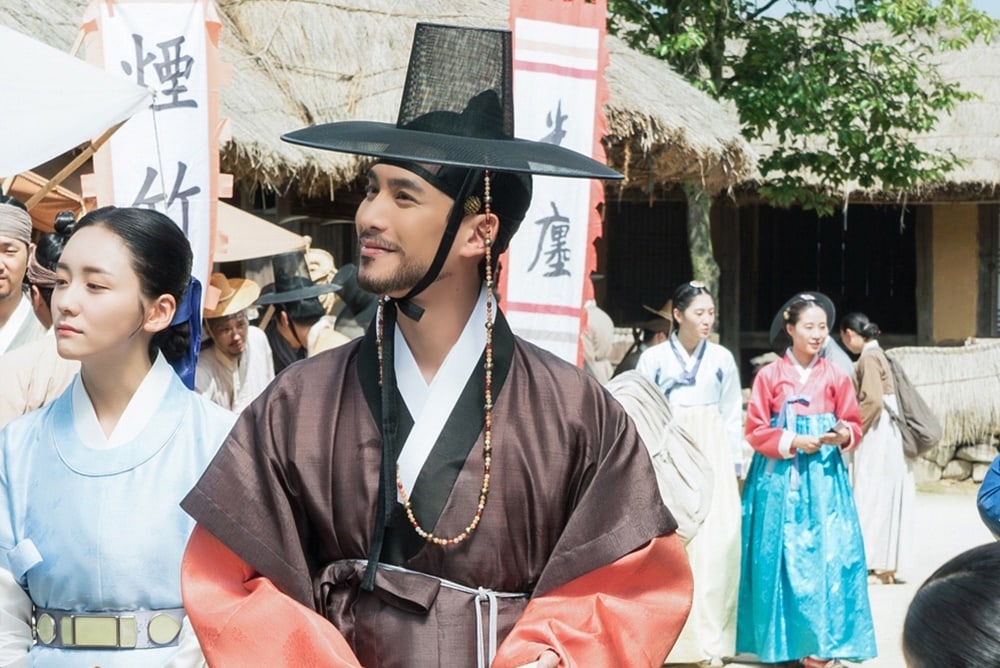 The storyline that really began 20 years ago

Hidden behind the drama’s love lines are the quick movements of the King and his men, as well as Queen Im (Kim Yeo Jin) and her people. While the King and Man Ik Pyung have spent much of the drama frantically trying to find and get rid of both “The Story of Ho Dam” and Mo Hwa (Jeon Ik Ryung), Mo Hwa and the Queen are careful in their actions and movements. 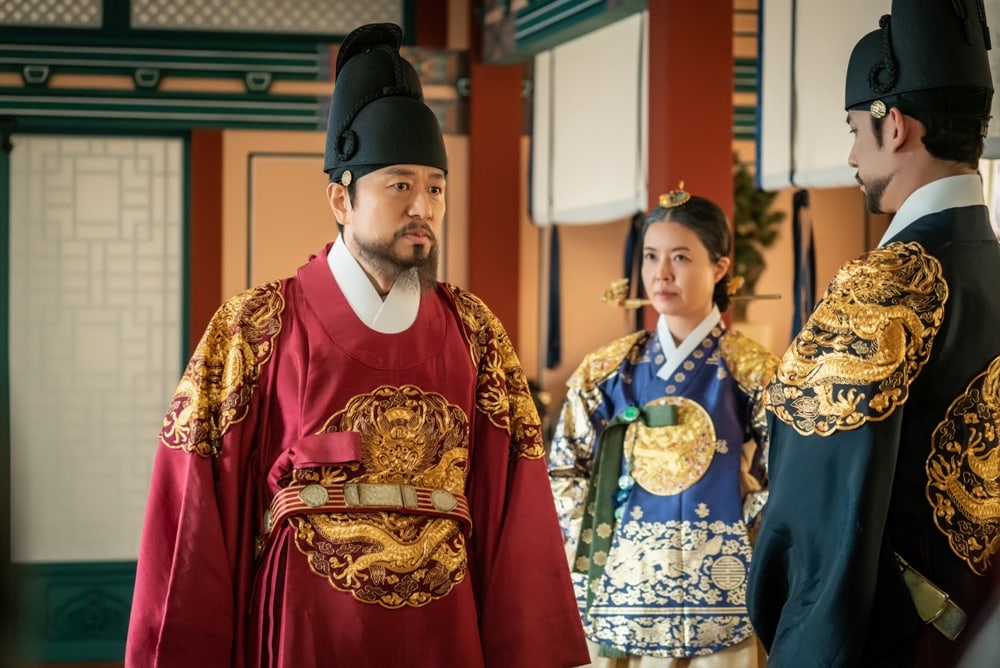 Queen Im drew attention for her unwavering belief in Mo Hwa when she decided that she was the only person who could help Yi Rim when the King sent him away to Pyung An Province, where the outbreak began. As it’s revealed that Mo Hwa also used to work with Hae Ryung’s older brother Goo Jae Kyung (Gong Jung Hwan), curiosity rises regarding the actual connections between Yi Rim, the Queen, Mo Hwa, and Goo Jae Kyung. 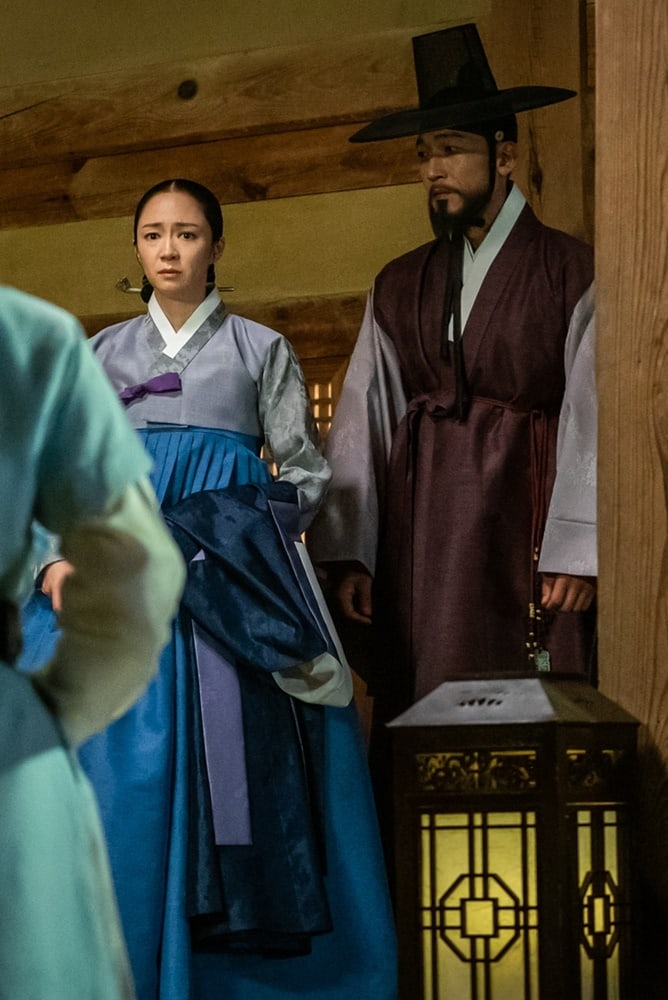 Ik Pyung also tells the King with a concerned look that there are only three people on earth who are aware of Ho Dam’s existence, but Prince Yi Rim shows interest in a tombstone bearing the names Ho Dam and Young Am.

A representative from the drama shared, “Along with the official start of the second half comes drastic changes and a whirlwind of events. In the midst of all that, Hae Ryung and Yi Rim will both grow [as people], but also in their feelings for one another. Please continue to show lots of love and support.”