“My Country” is a drama that takes place between the end of the Goryeo Dynasty and the beginning of the Joseon Dynasty and tells the story of the conflicts that arise due to the desires for power and protection. Yang Se Jong, Woo Do Hwan, AOA’s Seolhyun, and Jang Hyuk have been confirmed to star.

On August 22, JTBC dropped a teaser of Yang Se Jong in costume as Seo Hwi, the son of the general who conquered the northern regions for Yi Seong Gye, the first king of Joseon. In voice-over, he says, “I will become stronger… because there is someone I must protect.”

The drama also dropped a stylized poster of Yang Se Jong charging in to face an army all alone. The caption on the poster reads, “These are the people who lived when Joseon first began to stir.” 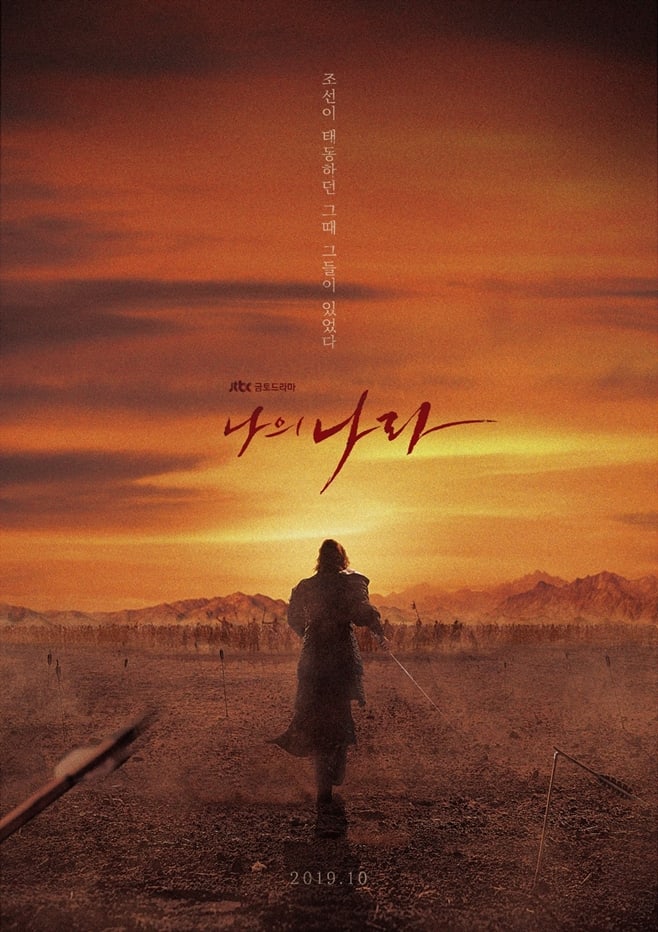 “My Country” will premiere sometime in October.