The former Chosun Ilbo reporter (hereafter referred to as Mr. Jo) who had been indicted for alleged sexual assault against the late actress Jang Ja Yeon has received a verdict of not guilty in his first trial.

The indictment came 10 years after the death of the actress amid reinvestigations. At the time of the Jang Ja Yeon’s death in 2009, her agency CEO and manager were indicted for assault and defamation, and those allegedly involved in sexual bribery were not charged.

Last year, a special committee under the Ministry of Justice advised a reinvestigation of the Jang Ja Yeon case, and prosecution indicted Mr. Jo once again on the grounds that he attended the birthday party of the agency CEO and allegedly committed acts of sexual assault against Jang Ja Yeon.

However, judges determined that they could not take the word of Yoon Ji Oh, the only witness to come forward about the events at the birthday party. The main issue judges cited with her testimony was that when she was questioned by police and prosecutors in 2009, the perpetrators that she identified changed.

The judges said, “Even if Yoon Ji Oh — who claims she personally witnessed the sexual assault — couldn’t have correctly identified the assailant during questioning seven months later, she could have chosen the ‘youngest, tallest person that was there that night.’ Her testimony that the person was a news outlet CEO in their 50s is problematic.”

The judges also questioned the credibility of Yoon Ji Oh’s testimony due to the fact that after CEO Hong of a news outlet — whom she had identified as the perpetrator — produced an alibi, she then selected Mr. Jo.

However, Mr. Jo’s testimony also changed during questioning, which the judges found suspect. They said, “The accused heard from the police that Yoon Ji Oh said CEO Hong attended the birthday party, so even though CEO Hong was not there, [Mr. Jo] testified that the CEO was in attendance. As a result, we do believe it is possible that [Mr. Jo] carried out the actions that he is being charged for.”

In the end, the judges determined that they couldn’t prove that Mr. Jo was guilty beyond a reasonable doubt, as all they had was Yoon Ji Oh’s testimony.

After the sentence was announced, Mr. Jo said to reporters, “I thank the court for a wise judgement.” 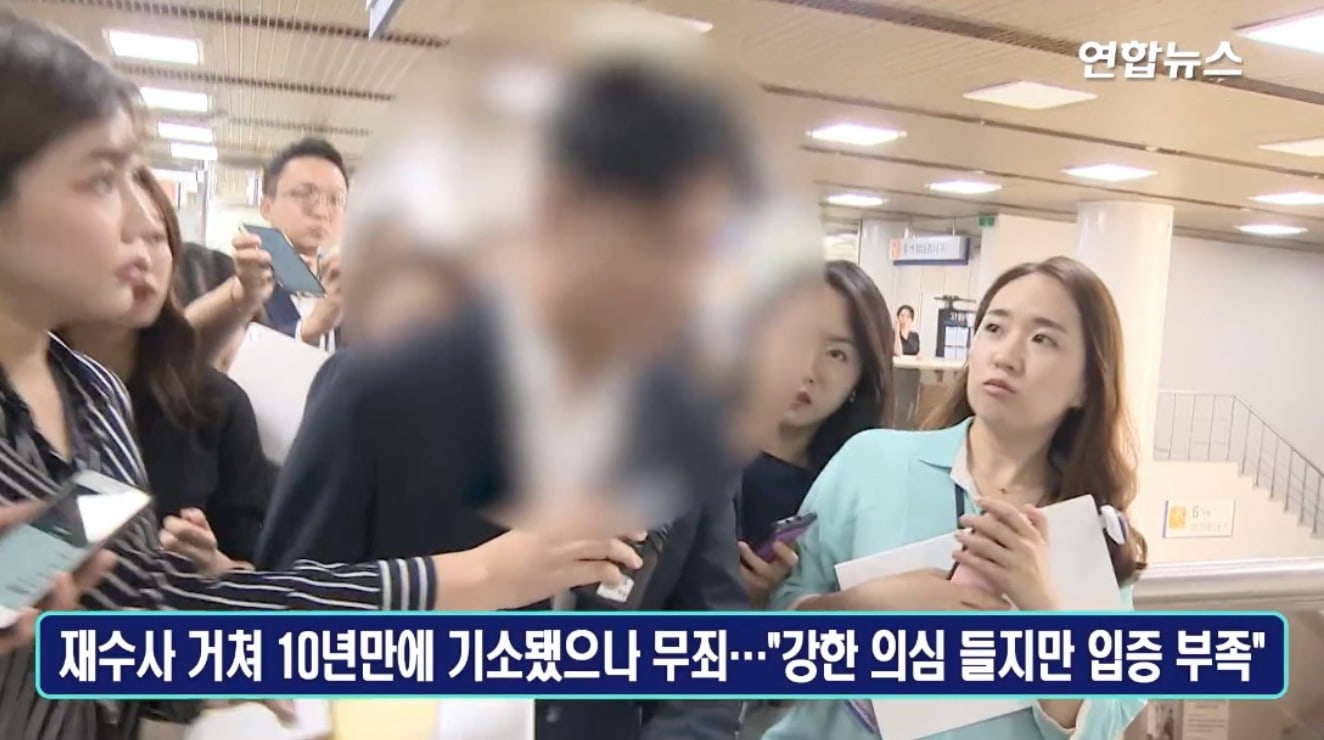