tvN’s upcoming drama “Pegasus Market” (literal translation) shared a poster of all the cast members, giving future viewers a look at how the characters from the webtoon will be coming to life!

The poster features a group shot of the employees that looks like a company promotional photo, complete with almost everyone from Daema group and the market smiling brightly with the market in the background. While the atmosphere looks happy enough, there’s also something awkward about it, and the tagline on the poster reads, “A family-like atmosphere, a hell-like market.” The poster invites everyone to wonder what stories are hidden behind the smiles of the employees. There’s also the mystery of the identity of the man and child whose backs are turned away from the camera.

The producers said, “This poster shows what the characters, who previously have only been seen in the webtoon, really look like. Please look forward to laughing over how the employees from Pegasus Market and the Daema group clash due to their contrasting atmospheres, as well as the unpredictable storyline.” 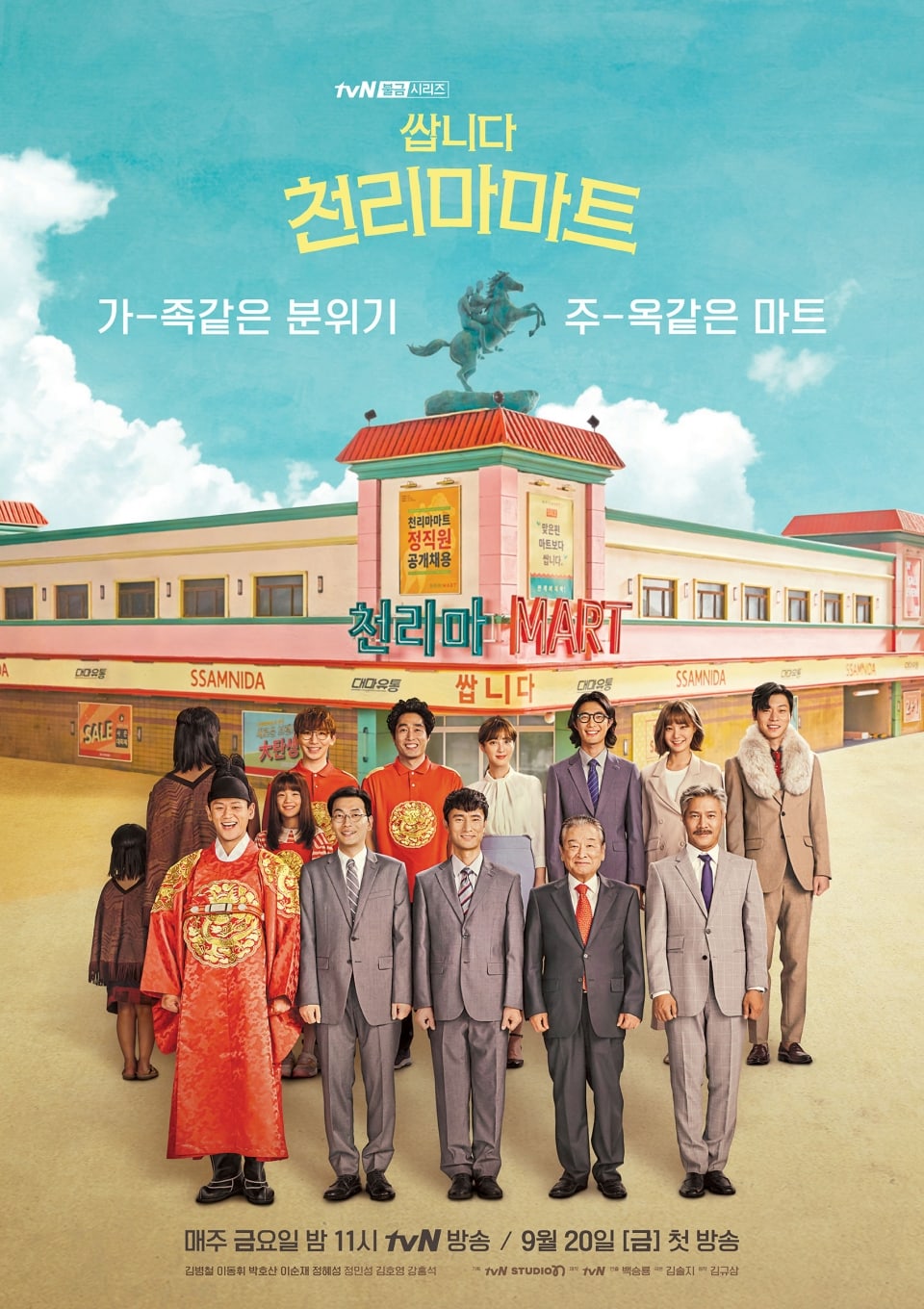 “Pegasus Market” is a comedy based on a popular webtoon and tells the story of an elite manager who is attempting to revive his run-down supermarket and the “human bulldozer” boss who is aiming to ruin the store.

In the teaser poster, the two are riding a horse that represents Pegasus Market. The horse is poised to take off, and Moon Seok Gu and Jung Bok Dong get close together as they ride the horse side by side. Although they seem to get along well, the two are fighting for vastly different goals. Above them, the caption reads, “With my crazy antics and your luck, we can do anything,” making viewers curious as to what “anything” could represent. 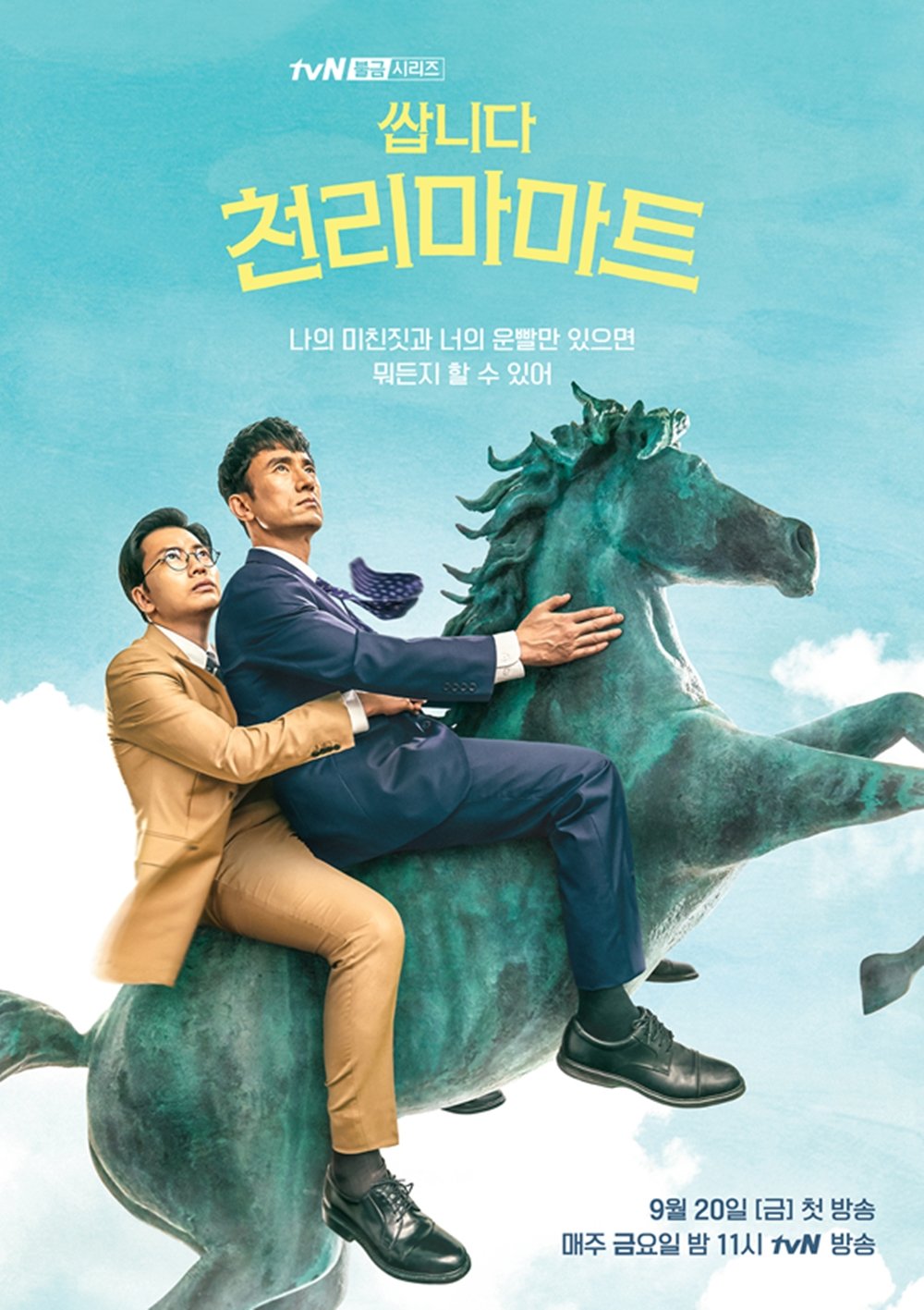 Furthermore, the poster is made even more hilarious with the actors’ completely straight faces despite the comical situation. With the absurd circumstances surrounding Pegasus Market, viewers are highly anticipating the comedy that is to come with the upcoming drama.

The production team shared, “Jung Bok Dong’s crazy antics and Moon Seok Gu’s luck will create unexpected synergy, and we promise to deliver big laughter and warmth to all the viewers. Actors Lee Dong Hwi and Kim Byung Chul, who completely understood the poster’s concept, continuously brought laughter to the set as they skillfully took on their characters. That vibe has been delivered completely through this image.”

Baek Seung Ryong, who previously worked on variety shows and dramas such as “Surplus Princess,” “Actor School,” and “SNL Korea,” will be directing the drama. Recently, it was confirmed that MOMOLAND‘s Yeonwoo will be joining the cast.

“Pegasus Market” is set to premiere on September 20!

Lee Dong Hwi
Kim Byung Chul
How does this article make you feel?