OCN’s upcoming drama “Strangers From Hell” revealed stills from the first meeting of Im Siwan and Lee Dong Wook, and the actors talked about how they became close before filming for the drama started.

“Strangers From Hell” is a mystery thriller about an aspiring novelist named Yoon Jong Woo (played by Im Siwan) who moves to Seoul to pursue his dreams, but is thrust into an unexpected hell due to the strange residents of his dorm.

In the new stills, Yoon Jong Woo (Im Siwan) and Seo Mun Jo (Lee Dong Wook), a dentist whose office is close to the dorm, meet late at night on the dorm rooftop. 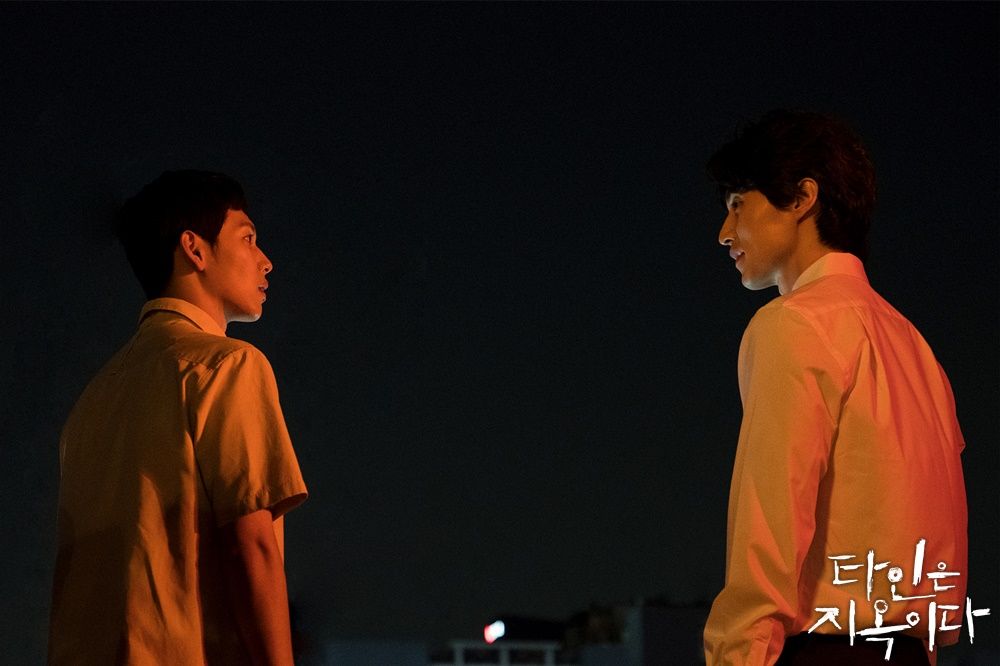 The meeting feeds anticipation for the clashing of these two characters. Yoon Jong Woo is on edge, stuck in an unfamiliar place with unfamiliar people, while Seo Mun Jo is a skilled conversationalist with an artistic sentiment.

Im Siwan said, “Working with Lee Dong Wook is so great. Even before filming started, we talked about the drama and other things a lot. We became really close, and the chemistry came naturally.”

Lee Dong Wook added that he was interested in Im Siwan from before they met through “Strangers From Hell.” He said, “I thought he was quick on his feet, and [when we met], he was actually really good, and he works hard. He has a good sense of responsibility as the lead character, and he has a natural talent for leadership, so he was even more cool in my eyes.

In the meantime, watch the latest episodes of “Watcher”:

Lee Dong Wook
Im Siwan
Strangers from Hell
How does this article make you feel?