CLC has announced that they’ll be making a comeback in the near future!

On August 22, CLC attended Day 1 of the 2019 Soribada Best K-Music Awards at the KSPO Dome in Seoul, where they won the Music Star Award. After winning the award, the members participated in Celuv.TV’s live broadcast backstage, expressing their gratitude to their fans—and dropping some exciting information about their upcoming plans.

Seungyeon remarked, “Thank you so, so much, and like we said during our acceptance speech earlier, we’ll work hard to become a CLC that can repay you with great performances. Thank you so, so much to our many Cheshires, and it’s all because of our Cheshires that we were able to receive this award.”

Yujin then shared, “We’ll be making a comeback in September, and we ask that you look forward to it a lot!” 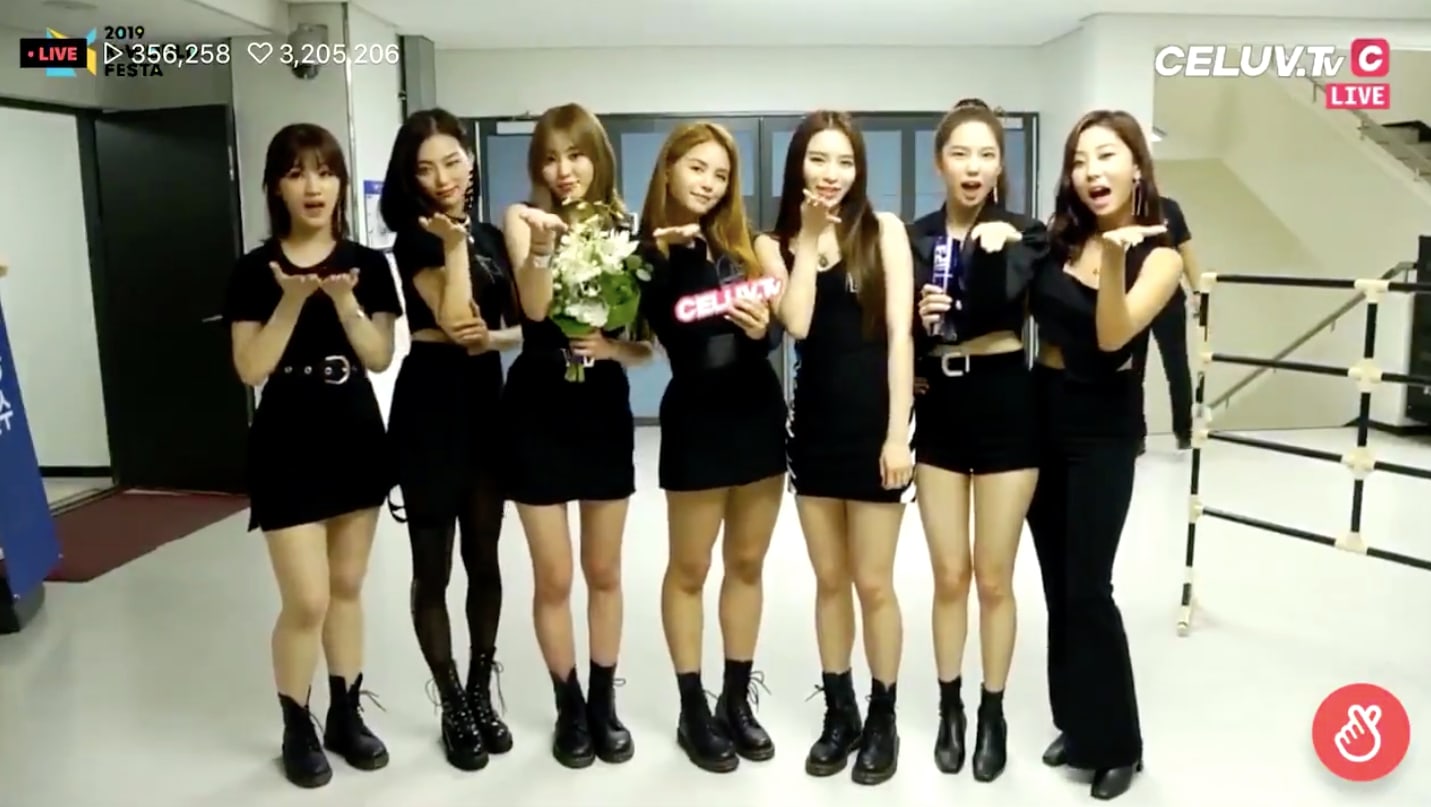 Are you excited for CLC to make their return next month? Stay tuned for more updates!